Joe Root believes English cricket is “in the presence of greatness” when it comes Ben Stokes, who he has dubbed “Mr Incredible” following England’s 113-run victory over West Indies in the second Test.

Stokes put in barnstorming performance with bat and ball, and seemingly everything in between, scoring a contrasting 176 that took more than eight hours and a 57-ball 78 to help his side establish a 311 lead on the morning of day five. The win, sealed just as the final hour began, squares the series ahead of the third and final Test on Friday.

He also bowled 27.4 overs in the match and took three wickets, the most important of his two today being the dismissal of half-centurion and first Test match-winner Jermaine Blackwood.

“Everyone understands we are watching a player at the peak of his powers, at the peak of world cricket,” said Root who returned to captaincy duties for this match after Stokes, his vice, deputised for him at the Ageas Bowl following the birth of Root’s second child. “Without trying to pump his tyres too much, we are in the presence of greatness.”

What was most evident across these five days at Emirates Old Trafford was the range of Stokes’ talent. The century which, along with Dom Sibley’s second Test hundred, gave England the platform for a bumper 469 for nine declared in the first innings, was the slowest of the 30-year old’s 10 career hundreds, coming off 255 deliveries. The 50 brought up on day five, from 36 deliveries, was his second fastest half-century.

Ball-in-hand, he did the graft of a sapping 11-over stretch of short bowling not once, but twice: and late on Monday afternoon that ensured a weathered ball came to life to remove Blackwood and break a 100-run partnrship with Shamarh Brooks. In the absence of the extra pace of Jofra Archer and Mark Wood, Stokes became the on-call quick.

And having lauded Chris Woakes as Mr Dependable, bowling well throughout and finish the second innings with two for 34 that took him to 100 Test scalps, Root was asked what that made Stokes. “Mr Incredible!” he beamed.

Asked if he was lucky to have him, Root was unequivocal: “Yes! I don’t really know what else to say. He’s a genuinely all-round player, something that you don’t see in world cricket. You see guys who have certain strengths, either batting or bowling. But he’s someone you can turn to in any situation. He’s got so many different skills that he brings to the team. He’s played a role for us this game with the ball. You can use him in a completely different way as well.

“He just seems to get better and better. I think one thing that this game showed more than other is his ability to read different situations. He can do so many roles with the bat. You look at the rest of the game – his impact with the ball. He made something happen when nothing was.”

Since the start of 2019, Stokes has won four player of the match awards in Tests, more than any other player. Typically, the man himself sees nothing “great” in what he did. Simply that he did what needed to be done.

“It’s a case of doing what’s needed at the time,” said Stokes. “It’s more about whatever’s required at the time. I’ll try to do whatever is needed. Obviously it’s gone well for me this game.”

Obviously it has. And perhaps the only issue came when he had to pull up four deliveries into his 15th over of the second innings. Thankfully, it was not through anything beyond a bit of long overdue stiffness. He should be available for selection for the final Test unless England decide to rest him as they did with James Anderson and Mark Wood for this match.

Was this better than Headingley ’19? Root was not sure, not least when considering how the man himself might feel about it. But he did offer that Stokes here showed more “versatility”.

“To have such a complete game in so many different gears and modes at your disposal allows you the ability to keep getting better. Most important if he keeps reading the situations as he is, there’s no reason we can’t continue to see such brilliant performances as we have done this week.”

Since the start of 2019 Stokes now has four hundreds and an average of 55 coupled with 39 wickets at 28. That is, as Root says, greatness. And perhaps worrying for England’s opponents going forward, Root believes Stokes can get even better.

“There’s drive to get better. The sky is the limit. There’s no reason he can’t keep performing so consistently.” 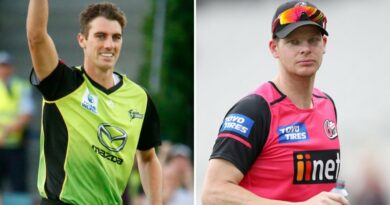 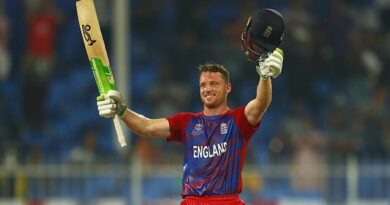