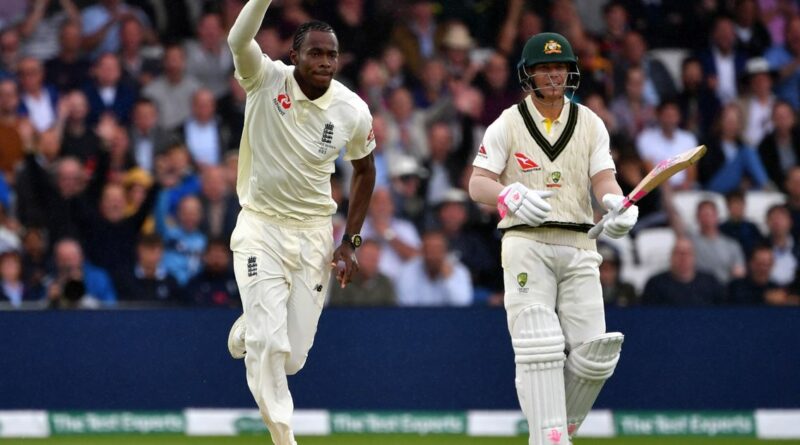 England are ‘very confident’ Jofra Archer will be back in business this year to terrorise Aussie batsmen at his top speeds in the Ashes.

Right now though the national side is preparing for an entire summer without Archer in order to make sure he is fit and firing for the twin tasks of the T20 World Cup and Ashes.

Archer revealed his focus was on those two big ticket events at the back end of 2021 after undergoing successful surgery on his right elbow.

Mirror Sport understands the bowler had bone fragments removed from the area that were causing him pain when he bowled fast and once he has recovered from the surgery, it is expected he will once again be able to function at top speed.

But there will be no attempt to rush him back in time to face India in August or September if it might jeopardise his long term availability.

“I'm very confident with the medical team we have and the surgery he's had, which has gone very well, that Jof will be back and firing.

“Any of us who've had surgeries of those sorts in the past, they definitely make you edgy and nervous. But we're definitely confident he'll be back and ready to go at some point later in the year.

“On the summer, I think we have to be conservative, we've got to make sure he’s right for what are important matches.

“I’ve talked a lot about our objectives in the T20 World Cup and the Ashes and we need to make sure he is best prepared for that.”

Ahead of the first Test against New Zealand at Lord’s on Wednesday, Giles was speaking on behalf of one of the team’s new sponsors IG, a trading and investment company, entirely in keeping with cricket’s longstanding relationships with financial institutions.

And the £5 million IG have committed through their Brighter Future initiative to address social mobility and educational inequality chimes in with the news that the England team will be making an anti-discriminatory stance of some kind, but not in the name of Black Lives Matter.

“This is something I know the team have talked about a lot and I have with certain members of the team and management,” added Giles. “I think there is an intention for them to do something.

“Individuals within that group respect each and every one of them for their different thinking about these things, they are very mature guys.

“If it was an individual statement of some sort, we’d support that. They are adults. I do think they are keen on doing something as a team.”

IG are an Official Partner of England Cricket. For further information visit IG.com/uk/england