England were sweating on the fitness of Jofra Archer ahead of the second Test against South Africa with the paceman unable to bowl in practice on Wednesday due to a sore right elbow.

Archer was able to bat in the nets and also took part in fielding drills in Cape Town but could not bowl, the England and Wales Cricket Board said.

The 24-year-old finished with match figures of six for 167 off 34 overs as England lost the first Test in Centurion by 107 runs.

The second Test of the four-match series starts at Newlands on Friday.

Archer’s absence from the bowling group could settle what was shaping up to be a potentially tricky selection debate. 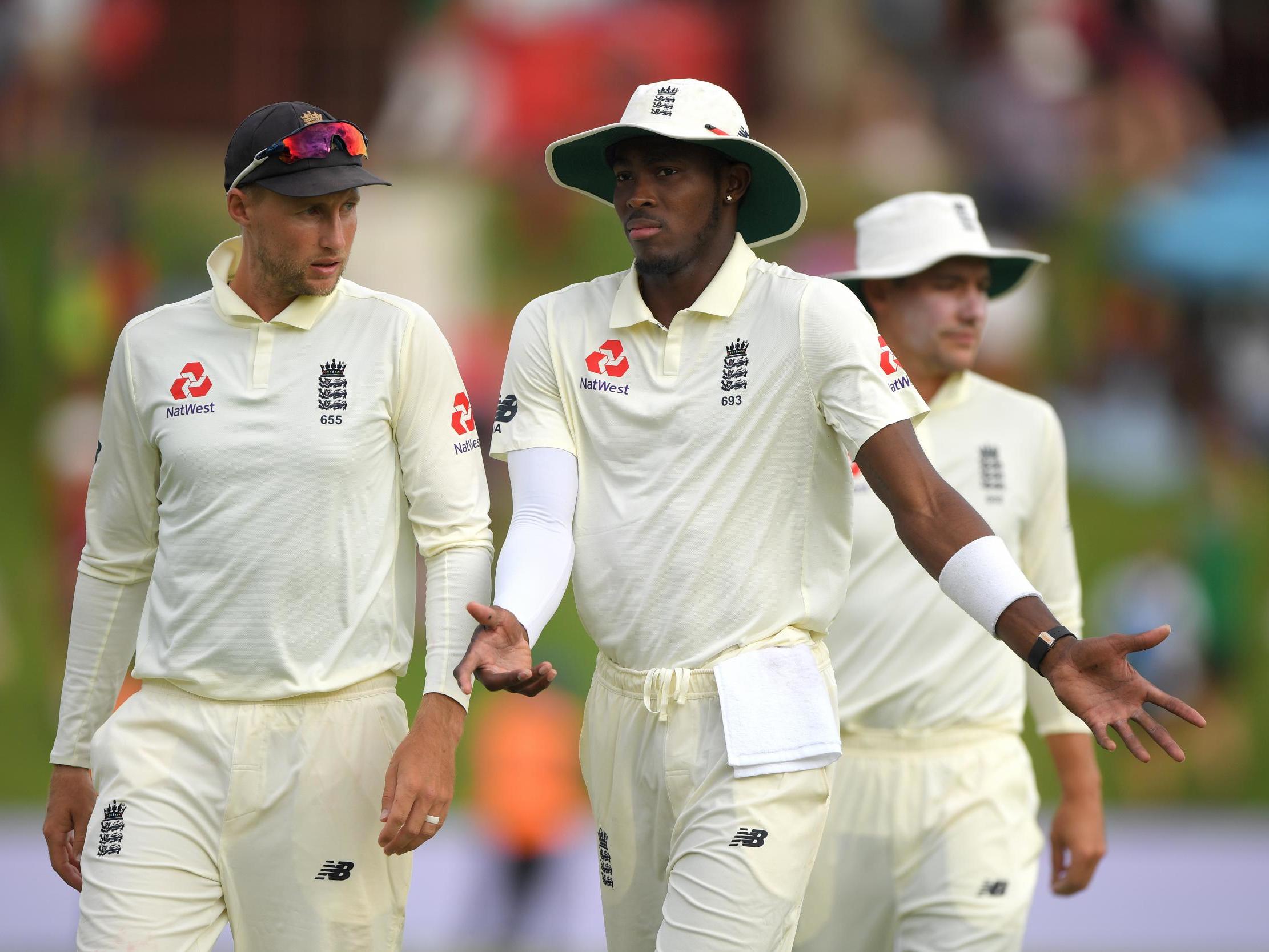 If England choose to draft in a specialist spinner at Newlands, and initial verdicts on the pitch appeared to favour one, then one seamer must make way.

All-rounder Sam Curran turned in a highly impressive performance in Centurion and offers variety as a left-armer, which had turned the heat up on the senior pair of James Anderson and Stuart Broad – the two most prolific bowlers in England’s Test history.

Wicketkeeper Jos Buttler said: “There’s a lot of flexibility (in selection). It’s about turning up, looking at conditions and seeing what you’re faced with then coming up with the best way to win the game.

“I know Joe Root and (head coach) Chris Silverwood are open to lots of different combinations, whether that’s a spinner or all seamers.”

Douglas Costa 'could make a shock move to Wolves from Juventus'

Bruce Arians not surprised by Rob Gronkowski's lack of receiving production
We and our partners use cookies on this site to improve our service, perform analytics, personalize advertising, measure advertising performance, and remember website preferences.Ok