Home » Сricket » Jofra Archer: What next for England and their pace bowler? 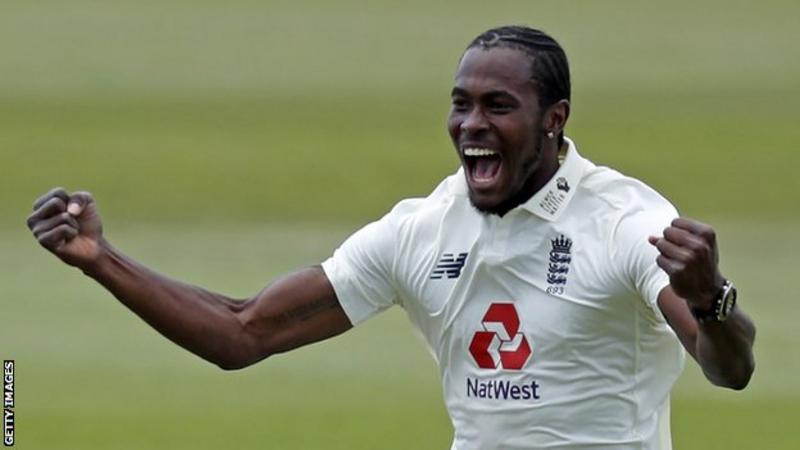 As reasons for missing a Test match go, visiting home will go down as one of the most curious.

Indeed, in years to come, when we are reminded that Jofra Archer was dropped by England for the second Test against West Indies for popping back to Brighton on his way to Manchester, we may wonder what the fuss was about.

But these are strange times. Bio-secure times. It would have been made quite clear to Archer what was expected of him and to err in the way he did appears pretty daft.

Did the punishment fit the crime?

Realistically, England had no choice but to drop the pace bowler.

Once it came to light, late on Wednesday night, that Archer had been home en route from Southampton to Manchester, he was destined for a period of isolation and therefore time in his hotel room rather than on the field.

Of all the things Archer could have done to burst England’s bubble, going home is probably the most innocent.

However, anything that could compromise the bio-secure environment is taken incredibly seriously, not least for the possible health implications to everyone else inside the bubble, but also for all the planning work done by the England and Wales Cricket Board (ECB) and everything the governing body stands to lose if the whole project comes crashing down.

“In any normal circumstances, the act of going to your house between matches is absolutely normal and acceptable,” said England director of cricket Ashley Giles.

“But clearly there is a lot of work and money gone into setting up this bio-secure environment.

“There is also a lot at stake – this match, this series, this summer, and financially things much bigger and beyond that.”

Has Archer been in trouble before?

As far as England are concerned, no. In Giles’ words, the 25-year-old is a “fine young man who is incredibly polite and works incredibly hard”.

If anything, the perception of problems surrounding Archer’s attitude, work-rate and desire come from those who wonder why he isn’t always the electrifying speed merchant who inflicted a concussion on Steve Smith.

The reality is that Archer’s greatest asset – a smooth, rhythmical, repeatable approach and action – will naturally result in variations of speed.

He is also an incredibly intelligent bowler. In the match after he floored Smith, he intentionally dropped his pace to exploit the movement offered at Headingley and pick up his maiden Test five-wicket haul.

There is also a suspicion that England and Archer are still getting to know each other, especially when it comes to how to get the best out of him in Test cricket.

England have waited so long for a bowler of Archer’s pace that, initially, they ran the risk of playing with their new toy too much.

Not long after Archer was asked to send down 42 overs in the first Test in New Zealand, he was found to have a stress fracture in his elbow. His distraught reaction to not being fit enough to play the fourth Test in South Africa was not the response of a man who does not care.

There are aspects of Archer’s character that set him aside from other members of the England team: his social media profile; his partying in the Caribbean after winning the World Cup; the fact he was already a global Twenty20 star before he had bowled a ball in international cricket.

But for a sport desperately striving to expand its fan base, Archer is a gift to the ECB even before you take into account what he is capable of on the pitch.

“There has been talk before about his attitude and his laissez-faire way of going about things, which often discredits what he does on the field,” said West Indies all-rounder and Archer’s friend Carlos Brathwaite.

“As a cricketer myself, there are things about me outside of cricket that not everyone would appreciate or agree with.

“Some people look to cricketers to set examples in life – ‘I want my child to look up to you’. Well, he’s not there for your son or daughter to look up to. He’s there to live his life and do what he does best.”

Should he play in the third Test?

Although Archer has already missed one Test, England are saying he still has to go through a disciplinary process.

Whether or not that results in further punishment, the question of his availability for the third Test may also hinge on his readiness to play after five days of doing nothing.

Not only that, but he has given up his place in a team that were already struggling to accommodate a plethora of fast bowlers.

Would England leave out any of Stuart Broad, Chris Woakes or Sam Curran if they take a hatful of wickets in a second-Test win? James Anderson and Mark Wood are “resting” and will be eager to return. Ollie Robinson and Olly Stone are trying to force their way in.

England have made plans to manage their pace attack, prepare for the future and win this series.

If Archer was due to play in the second Test, was he already pegged to miss the third? Might England also feel some loyalty to those who have complied with the inconvenience of life in the bubble?

“Jimmy Anderson’s two girls live two miles away from Old Trafford,” said former England captain Michael Vaughan. “How tempting would it have been for him to nip home and see his kids?

“Not only has Archer broken the protocols, but he’s really going to affect the England team’s formation.

“I don’t think they will play him next week.”

How should England handle Archer from now on?

England’s recent past has given them plenty of experience of dealing with players who have landed in hot water.

The rehabilitation of Ben Stokes after what could have been a career-ruining incident outside a Bristol nightclub has been nothing but a success.

In contrast, Alex Hales has not been seen since reportedly failing a recreational drugs test, although Giles said that was the culmination of a number of breaches of trust.

Archer’s indiscretion is minor in comparison, but there is still the public embarrassment of having his error laid bare, the disappointment of missing a Test and the hours alone in a hotel room with nothing but his thoughts.

“I hope he’s not just left to be sat in his room alone,” said Vaughan. “I hope there is communication and an aspect of people realising he’s made a mistake, but you have to look after his well-being.

“He’s a young kid who has made a silly mistake, and England will miss him.”

For England’s part, coach Chris Silverwood said those concerns are already being taken into account.

“He’s well supported within the group,” he said. “We’re speaking to him a lot. The guys will rally round, make sure he’s doing alright – phone him and deliver his meals – so we’ve got all sorts to be doing.”

England have made no secret about their long-term planning for a raid on the Ashes when they travel to Australia in the winter of 2021-22.

Right now, the first name in the pace attack for that opening Test in Brisbane should be Archer. England will do everything they can to make sure he is there. 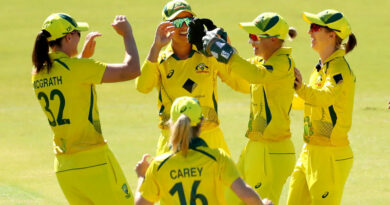