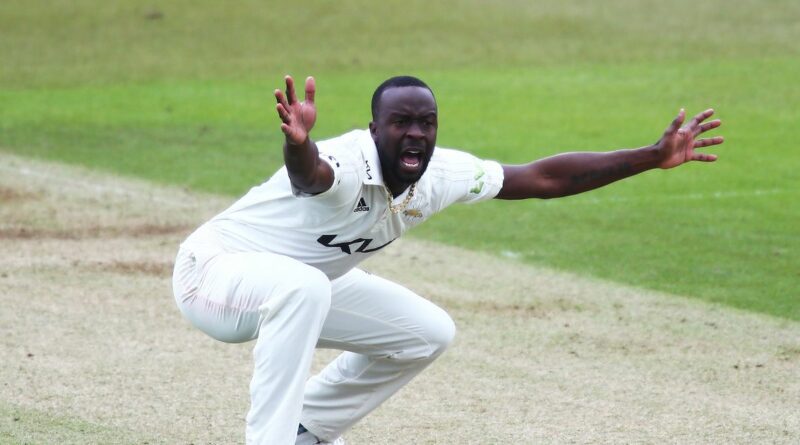 West Indies fast bowler Kemar Roach has revealed his delight at following in the grandest of footsteps by claiming his career best figures in county cricket.

Just like some of the greatest bowlers from the Caribbean who produced their best in the English game, Roach's 8-40 for Surrey against Hampshire last weekend set a new bar for the 32-year-old.

And he has joined a club that includes the likes of Courtney Walsh, Joel Garner, and Malcolm Marshall amongst others.

Those players became synonymous with Gloucestershire, Somerset and Hampshire, the clubs they represented for many years at a time when English cricket had generous contributions from the Windies. That tradition has waned significantly as the West Indies fortunes have faltered along with the rise of T20 leagues elsewhere attracting talent, but Roach was happy to buck the trend and do his bit for Surrey.

Roach said: “The list of guys who have made a big impact on county cricket from the West Indies is seriously impressive and Malcolm Marshall and Joel Garner are two pretty good names for me to follow as a bowler.

“It is amazing what these guys managed to achieve in their time in County Cricket and I'm delighted to follow suit. “Alec Stewart called me up during the last West Indies series and said he was shortlisting me to be Surrey's overseas player. Of course I was very interested in coming. I enjoy playing cricket in England and I'd heard great things about the club so I wanted to be a part of that.

“England tends to offer bowlers a little bit more so once you come over here and get a ball in your hand, there is movement there is swing and seam.

“You always want to bowl here so it is no surprise that a lot of great bowlers have done so well when they came and played county cricket.” Dismissing batsmen with pace and skill is something that hasn't changed at all in 50 years, and sadly neither has some of the uglier opinions on black sportsmen and women.

The difference now is that much of it has moved online, to the point where a social media blackout was called last weekend. Starting in football, but joined by lots of other sports including cricket.

Roach's feat would normally have earned plenty of social media praise and adulation, but not this time.

“My performance was not bigger than the issue at hand,” he added. “So I'm happy that no-one posted about it at the weekend.

“The racial abuse that people get on social media is something I have been subjected to. I've been affected by it a lot. There is always some fake account that sends you stuff like that.

“No name on it, just abuse as they air their views and their opinion on you and it can be very rude, but that is what you get on social media. I just try to shut the negativity out.”

Roach has two more matches left for Surrey after missing this week's game at Leicestershire with a back niggle, but it is the Middlesex game on May 20 th at the Oval where he may finally be able to put on a show for a few fans in the ground. You'd back him to become an instant favourite.

West Indies bowlers with their career best in county cricket 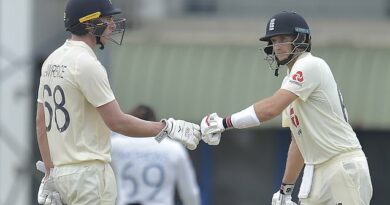 TOP SPIN AT THE TEST: Root leads by example as he smashes Test records