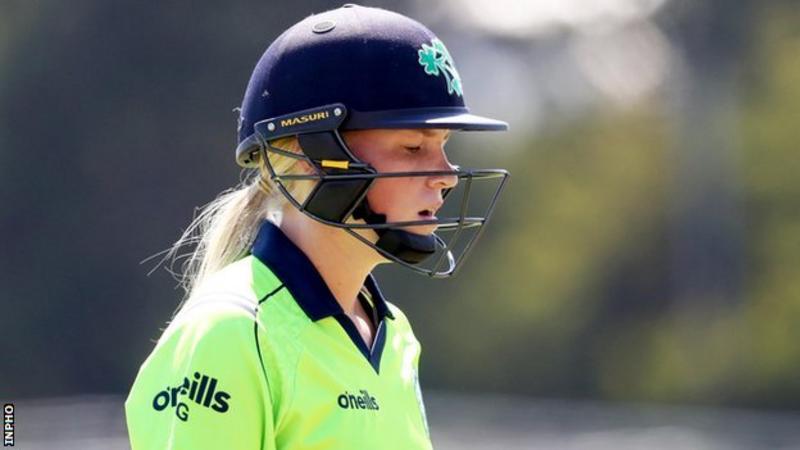 Ireland women’s vice-captain Kim Garth has dealt a blow to their World Cup qualification hopes after signing a two-year professional contract with Australian state side Victoria.

Garth, 24, has won 114 Ireland caps since her debut in 2010, but this move halts her international career.

Victoria say Garth intends to apply for permanent residency and could, in time, qualify to play for Australia.

“While I have accepted the offer, it was not an easy decision,” said Garth.

“To leave family, friends and the whole Irish cricket community was a very difficult decision and one I did not take lightly.”

Ireland hope to qualify for next year’s World Cup in New Zealand through the postponed qualifying tournament, which was originally due to take place in July in Sri Lanka but was postponed because of the coronavirus pandemic.

Cricket Ireland had hoped that Garth would remain with the team for the Qualifier – for which no new date has been announced.

Garth, who debuted at the age of 14 and was one of the inaugural six Ireland women’s cricketers to receive part-time professional contracts in 2019, admits the opportunity to play as a full-time professional was too good to turn down.

“My ambition has always been to be a full-time professional cricketer and to play at the highest level,” she added.

“A chance like this doesn’t present itself too often, so I am keen to seize this opportunity.”

Dublin-born Garth has made the move after spending several winters playing in Australia, including three seasons in the Women’s Big Bash League with Sydney Sixers and Perth Scorchers, as well as club cricket in Melbourne with Dandenong.

Ireland head coach Ed Joyce called Garth’s departure a “blow” but said he understood why she made the decision to move down under.

“To lose one of your leading players anytime is a challenge, but I can understand Kim’s decision-making and she has been quite open with her ambitions,” he said.

“Ambition is a good thing, though – I want our players to be ambitious for Ireland and for their careers.

“However, the reality is that it will take a few years for us to be in a position to offer our women cricketers full-time opportunities.

“We’re on that road, like we did with the men’s contracts, but I am optimistic we will get there with patience and commitment.”

BUMBLE AT THE TEST: Australia were absolutely on the money on day five