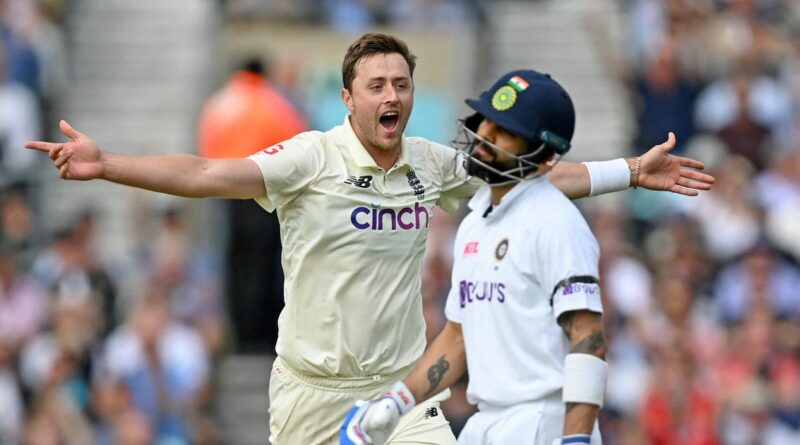 Virat Kohli 's long wait for a 27th Test century continues after he was dismissed by Ollie Robinson for the third time in the ongoing series between England and India.

Kohli had managed to reach his half-century, sparking hope among Indian fans that he could go on to reach three figures for the first time since November 2019.

However, he was unable to do so, with Robinson getting him caught behind as he attempted to turn the ball into the leg side.

"You are going to get the odd one which is a pearler. That bounced, reared up at Virat Kohli, and he will be disappointed.

"He has failed to convert again. A great piece of bowling, and great discipline. England are right in this now."

Kohli has reached 50 twice in this series so far and five times in total since his last hundred against Bangladesh at Kolkata.

Speaking on Sky Sports, former England captain Nasser Hussain said: "A world-class player trying to get back in some kind of nick – back-to-back fifties for him Virat Kohli – but the England seamers are just relentless.

"These four in these conditions, no one in the world would want to face these four here at The Oval today.

"I thought they were quite smart – just after lunch they were a little bit full and floaty and they needed to drag their length back and go top of bail, top of stump height.

"That’s what they did in the end and the wickets came again."

However, Kohli remains unconcerned about the drought, saying back in March: "I never played for hundreds in my life, probably why I ended up getting so many in such a short while.

"It’s more important for the team to win. If I get a three-figure score and the team doesn’t win, it means nothing." 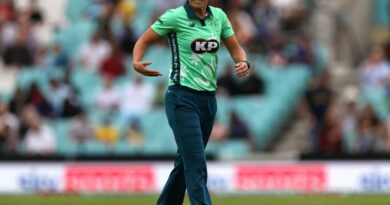