Australia has the upper hand going into the middle day of the first Test, locking Sri Lanka down in an uncomfortable position at 1/17 and still 162 runs behind the home side.

The visitors will need more than a few significant stands at the crease to put pressure back on Australia as conditions under the Gabba lights get tougher.

Today will be a big day for Australia with the pink ball in hand. Debutant seamer Jhye Richardson will be out to stamp his name down again after an impressive three wicket haul in the first innings.

It’s not been the best start on Aussie shores for Sri Lanka.Source:AFP

Days after being forced to make an enforced change to their squad, Sri Lanka may need to make another after their hamstring injury jinx struck again at the first Test against Australia.

Paceman Lahiru Kumara became the third Sri Lankan player to be struck down by a hamstring complaint in a month after being unable to bowl following the dinner break on day two of the pink ball Gabba Test.

Scans on Saturday are set to reveal the full extent of the injury. It is still another blow for the tourists just days after they injected two-Test quick Vishwa Fernando into their tour squad to replace fast bowler Nuwan Pradeep who broke down intheir tour match in Hobart.

Sri Lanka were already reeling from a hamstring complaint that ruled world-class all-rounder Angelo Mathews out of the two-Testseries opener in Brisbane. Former skipper Mathews retired hurt during the Boxing Day Test against New Zealand in Christchurchafter pulling up lame while running between wickets. It remains to be seen if Kumara plays any further part in the first Test against Australia but it seems Sri Lanka need every hand on deck to avoid a heavy loss. They limped to 1-17 at stumps on daytwo in their second dig still trailing by 162.

Suranga Lakmal earlier dug deep to inspire an attack without Kumara to take 5-75, the best figures by a Sri Lankan at a Gabba Test and the third greatest haul on Australian soil.

Sri Lanka have not indicated whether they will replace Kumara but they do have reserve quick Kasun Rajitha waiting in the wings in their squad ahead of the second Test in Canberra. 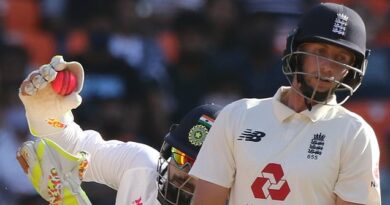