AUSTRALIA and South Africa face off for the first time since the ball-tampering scandal rocked cricket across the globe.

South Africa captain Faf du Plessis has already vowed to not use the scandal as sledging material during the series.

Aussie skipper Aaron Finch has selected his XI for the opening game, but won’t reveal the line-up until the toss in a tactical move.

Marsh out for ‘minor surgery’

Australia have lost Shaun Marsh ahead of the clash with South Africa as the left hander requires ‘minor surgery’.

Marsh has been a mainstay in the Australian squad over recent times, but the camp is hopeful he’ll only miss the opening one-dayer.

JUST IN: Shaun Marsh has been withdrawn from today’s ODI and will have ‘minor surgery on an abscess in his buttock region’.

Aussie camp hopeful he’ll be available for the second ODI. D’Arcy Short into the XI for the series opener today #AUSvSA

Smith will ‘struggle to captain again’

Former Australian Test captain Ian Chappell doesn’t believe Steve Smith will return to the top job — or be the same player — after his 12-month ban.

The outspoken Chappell addressed the ban and Smith’s captaincy on Sunday morning, stating he’d struggle to regain his spot as the leader of the team.

Chappell, along with Mark Taylor, doesn’t buy into the requests from the Australian Cricketers’ Association that the bans for the trio should be dropped in the wake of the independent reviews into Cricket Australia.

“He’s got to go another 12 months before he can captain, after his ban,” Chappell said on Channel 9’s Sports Sunday.

Steve Smith will be watching on as the Australian summer gets underway.Source:AAP

“I think he’ll come back as a player. I’m not sure he’ll be as good a player as he was, because confidence is a big part of his game and that’s going to have taken a fair hit.

“As for captaincy, I think he’s going to struggle to ever be a captain again, because one of the most important things for a captain is to earn the respect of your players. He’s going to find it hard to recover that ground.”

The Australian summer will officially get underway with the banned trio of Smith, David Warner and Cameron Bancroft all watching on.

Finch insists he’s in no doubt for the series opener despite being struck on his right hand by a rising Starc delivery on Friday at the WACA Ground.

The 31-year-old tossed his bat to the ground and immediately took off his glove, before leaving the field for further treatment.

He left the venue with his hand in a cup of ice, but subsequent X-rays cleared him of any break.

“He’s got his finger still attached,” Starc said of the injury. “I’m not trying to hit anyone, but Perth always seems to take a few down with fingers and the rest of it.”

Finch considered himself a certainty for Sunday’s game at Optus Stadium, and Starc would love to join him in the final XI.

Starc missed Australia’s recent T20 matches in the UAE after suffering a minor hamstring injury during the Test series against Pakistan.

Test great Mitchell Johnson has urged Australia to take a cautious approach with Starc, given the importance of the left-armer in this summer’s four-Test series against India.

Starc trained strongly on Friday, but the 28-year-old faced another assessment on Saturday before a decision on his availability.

“Since being back in Australia, I had eight overs today and bowled a little bit off a few steps yesterday,” Starc said.

“The hammy’s feeling pretty good. The preparation has been quick, but I got what I needed out of the last couple of days.

“If it pulls up well tomorrow morning, I’ll be available for selection and then it will be up to selectors.”

Starc said the players had done well to shield themselves from the external dramas going on within Cricket Australia (CA) ranks.

Starc said the players were determined to keep their focus on the cricket.

“Our job is to play well now and, hopefully, make the public and fans proud of the team again,” Starc said. 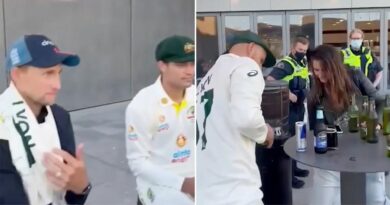 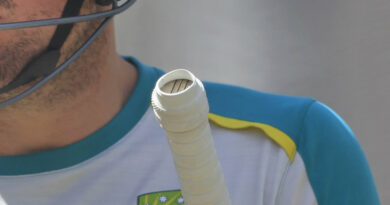 Moises set to return from wilderness to replace concussed Smith