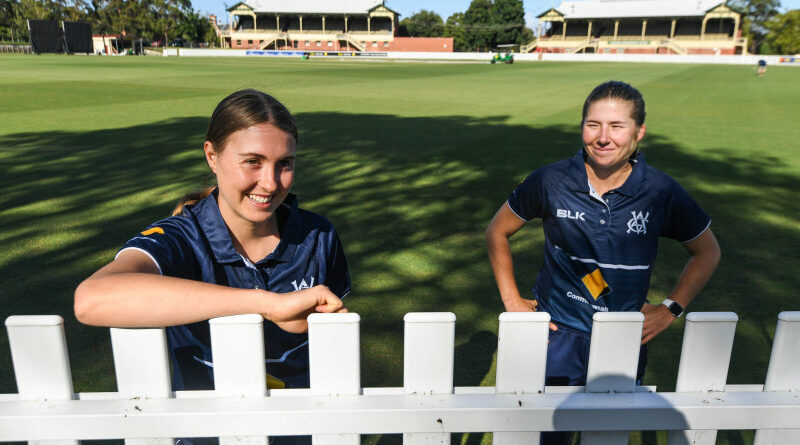 First came the heartbreak. Then Tayla Vlaeminck had to learn to walk again. Then there was the wait – the very long wait.

It’s almost 12 months since Australia’s fastest female bowler played a game of professional cricket. That stretch is set to finally end on Wednesday when Vlaeminck, 22, lines up for Victoria at Junction Oval in the Vics’ Women’s National Cricket League season-opener against a stacked NSW outfit.

Vlaeminck had already overcome two knee reconstructions and a shoulder dislocation before being dealt arguably her cruellest blow on the eve of last year’s Twenty20 World Cup in Australia. Discomfort in her foot had nagged away to the point she got it checked out but the diagnosis was much worse than the Bendigo product had anticipated. Stress fractures in her right foot spelled the end of her World Cup dream and another long stint in rehab. 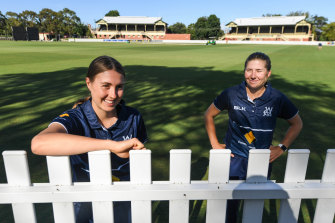 Tayla Vlaeminck (left) will return to cricket on Wednesday, after a long lay-off due to injury.Credit:Joe Armao

“It was obviously really disappointing at the time,” Vlaeminck said on Tuesday.

“You don’t get very many opportunities to play a T20 World Cup at home, and especially in front of that massive crowd at the MCG. But I’m still really lucky that the girls let me hang around. I was pretty shattered for a couple of days.

“Watching the girls go out before that first game against India, that was pretty hard to watch on.”

Vlaeminck’s Victoria and Australian teammate Georgia Wareham, who also doubles as her housemate, was at close quarters.

The road back has been long, not helped by the matter of a global pandemic and Victorian lockdown, which limited Vlaeminck’s access to physios.

“There was a long period in the [moon] boot at the start, probably three or four months and then just kind of learning to walk again,” Vlaeminck said.

“It was interesting at the start, just trying to take paces around the house. Just trying to walk without it, it took me a couple of days to get back into it. Once I remembered what it was like without the boot it was pretty easy.”

Lockdown led to plenty of Netflix binging in their house, and even some bagel making.

But while she feels she isn’t yet bowling at top velocity – Vlaeminck is capable to pushing well into the 120s in terms of km/h – she is pumped to get back out there, with the WNCL season pushed back again over the summer because of COVID-19.

“It’s been the longest pre-season in history, so I think we’re all just glad it’s finally over and we can actually play a game of cricket.”

Vlaeminck said she would be limited to seven overs on Tuesday against a NSW team featuring Alyssa Healy, Rachael Haynes and Ash Gardner.

A national team tour of New Zealand looms large if Vlaeminck can impress in this WNCL block.

“Hopefully it goes all right and I can bowl well enough to put my name up for selection,” she said.

Meanwhile, despite strong batting form in the recent Women’s Big Bash League season, leg-spinner Wareham says she isn’t yet classifying herself as an all-rounder. But she said she expected to bat in the middle order on Wednesday. The Vics also face NSW at the Junction on Friday. Both matches are closed to the public but will be live streamed by Cricket Australia.

The ‘worst moment’ of Lyon’s career 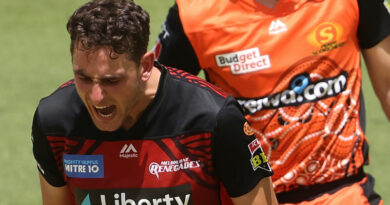