Lynn and Maxwell both tweeted that they would each donate $250 to the Red Cross Bushfire Appeal every time they hit a six this season.

Last campaign, Lynn hit 21 sixes from 14 matches and Maxwell smacked 17 from 13. So far in 2019-20, the pair have plundered a combined 21 maximums from just nine appearances.

"It is special to see so many athletes from various sports getting in behind the real heroes who are fighting to save lives and properties around our country," Lynn said in his tweet.

They join tennis stars Nick Kyrgios, Alex de Minaur, John Millman, Samantha Stosur and Priscilla Hon who all declared they would donate $200, $250 and $100 respectively for every ace they serve during the tournaments they participated in this summer.

It was subsequently announced that $100 would be donated for each ace served across the inaugural ATP Cup at all three venues in Sydney, Perth and Brisbane.

Meanwhile, Illawarra Hawks star LaMelo Ball has announced he will donate one month of his NBL salary, and A-League team Melbourne City will donate $2 from every ticket sold from their match against Western United at AAMI Park on Friday night.

“It’s sad to see what is happening on the South Coast of Australia. People have lost their homes and everything they own. My parents taught me to help out wherever I can, so this is my way of helping out,” said Ball.

Australia’s cricketers will also auction off signed shirts from the Boxing Day Test at the MCG. 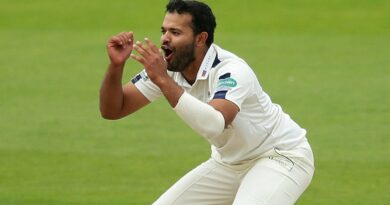 England vs India: Cloud of Azeem Rafiq’s story can give way to bright light in third Test