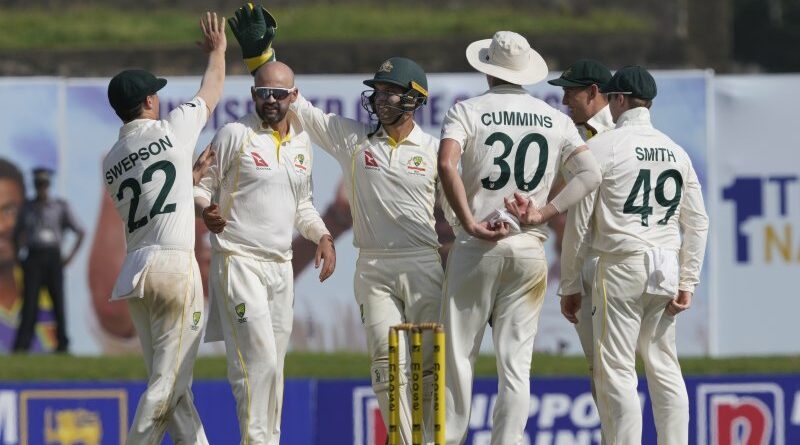 Whether sharing a Coke with Mitch Swepson on match eve or shrugging off a back problem to lead the attack on the hectic opening day of the Sri Lanka Test series, Nathan Lyon was the personified Australia’s senior spin bowler.

As he talked through a day that ended sourly for Australia with the run out of Steve Smith after a largely productive performance, Lyon revealed he had suffered a back spasm in his very first over of the series. 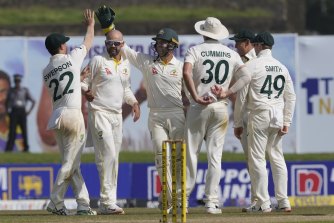 Durability has been a watchword for Lyon over the past decade – it is likely he would have lost his place on a couple of occasions had other spin bowlers proven less physically hardy than he has been.

So it was unusual for Lyon to have to deal with a back issue so soon after his opening delivery spat from middle and leg stump, past the outside edge of Dimuth Karunaratne and into the helmet of the wicketkeeper Alex Carey.

“Fourth ball I just had a little back spasm,” Lyon said. “I’ve never had one, ever. I’ve been pretty lucky, touch wood, with injuries. It didn’t impede me bowling – I’m pretty stiff now. But we’ve got a pretty amazing medical staff. I’ll no doubt be having dinner in the team room and getting into some physio. That’s all part of it.

“It happened in my first over so it’s nothing that impeded me. I’m just going to do everything I possibly can to ensure I get enough rest and recover well and see our amazing medical staff here. There are no excuses, I’ve just got to come out and perform and do what I do best, which is bowl off-breaks … I’ll be fine.”

Lyon’s ability to push through the ailment was a feather in the cap of the team’s new physio Nick Jones, but also a critical element of a day where Lyon’s incisive spell after tea ensured Niroshan Dickwella did not carry the innings into dangerous territory.

That Lyon did not have to do all the heavy lifting himself has much to do with his other significant contribution in the months and days leading into this match – his budding partnership with Swepson.

As Swepson slogged through 514 unrewarded deliveries between Test wickets, Lyon remained very much in his corner, believing in the value of a wrist and finger spin tandem, even as the selectors pondered Ashton Agar and, this week, Jon Holland.

On match eve, Lyon’s mentoring extended to a private check-in chat with Swepson ahead of his third Test, reassuring the 28-year-old Queenslander of his value to the side and encouraging him to nail his stock ball. 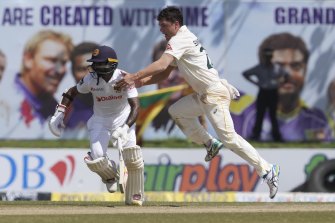 If Swepson leapt several feet in the air amidst the joy of claiming two wickets in two balls with a pair of leg breaks that would have looked at home in a Shane Warne highlights package, no-one else was happier to see it than Lyon.

“I’m extremely proud of Sweppo,” Lyon said. “You talk to him and he didn’t have the series he wanted in Pakistan, but to be honest I still thought he was learning and learning how hard Test cricket is to play. I actually sat down with Sweppo, well he asked to sit down yesterday for a Coke in the arvo and we just chatted.

“He’s in a really good pace mentally, and the way he’s been bowling in the nets has been exceptional. I am absolutely stoked for him and I know he’s going to get his rewards. He’s doing the hard work and he has all the support from the Australian cricket team. He’s well aware of that. He bowled beautifully, so nothing but proud of Sweppo.”

There were shades of Greg Matthews’ early cajoling of Warne in Sri Lanka 30 years ago about all this, when the leg spinner’s three wicket haul in Colombo was partly the product of enthusiastic cajoling by the older twirler.

This time around, Lyon and Australia both have a long haul ahead to secure the match and the series, but they have made a strong start both on the pitch and off it.

Pakistan tour concerns after Smith left ‘spaced out’ by concussion

England v Pakistan: Azhar Mahmood selects his Pakistan players to watch out for