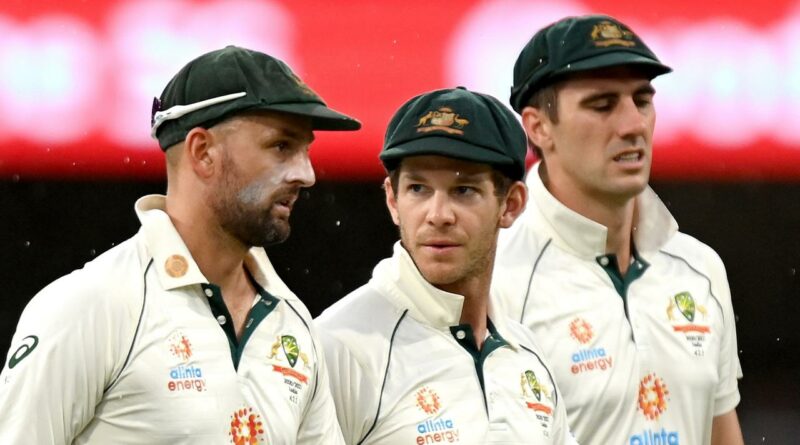 Australia’s Test series against South Africa has been postponed due to complications surrounding the coronavirus pandemic.

The Australian Test squad was scheduled to travel to South Africa later this month for a three-match series, with a 19-player squad announced last week.

However, South Africa has endured a tumultuous second wave of COVID-19 this summer, recording thousands of new cases every day throughout December.

Multiple fixtures during England’s recent tour of South Africa were postponed after players and hotel staff tested positive for the virus.

The announcement comes as a major blow to Australia, who now effectively have no chance of qualifying for the inaugural World Test Championship Final later this year.

As reported by The Daily Telegraph’s Ben Horne, Australia’s slow over rate during the Boxing Day Test against India could be what denies the side a spot in the historic match.

Today we informed Cricket South Africa that we believe we have no choice but to postpone the forthcoming Qantas Tour of South Africa due to the coronavirus pandemic. Full statement 👇 pic.twitter.com/mYjqNpkYjp

Nick Hockley, Cricket Australia’s interim CEO said in a statement: “Due to the public health situation in South Africa, which includes a second wave and new variant of the virus, and following extensive due diligence with medical experts, it has become clear that travelling from Australia to South Africa at this current time poses an unacceptable level of health and safety risk to our players, support staff and the community.

“We acknowledge the significant amount of work by CSA in planning for the tour, during which we made it clear that CA was prepared to take on additional cost and effort to make the series happen.

“This decision has not been made lightly and we are extremely disappointed, especially given the importance of continuing international cricket at this time, our valued relationship with CSA, and our aspirations to compete in the inaugural ICC World Test Championship.

“However, we have been consistent since the start of the pandemic that the health and safety of our people is always our number one priority and unfortunately despite best efforts to agree a biosecurity plan, the risks are simply too great at this time.

“As difficult and disappointing a decision as this is, especially for Justin, Tim and the team, we have a duty of care to our people and their health and safety can’t be compromised.

“We look forward to playing the series against CSA at a date to be confirmed in due course and we send CSA and the people of South Africa our very best wishes for a successful rollout of the COVID-19 vaccine and a return to normality soon.”

ESPNcricinfo journalist Daniel Brettig revealed Cricket South Africa were eager for the series to take place on home soil, ruling out the possibility of Australia hosting the three Tests.

Joe Connellan, Australian Cricketers’ Association Interim CEO said: “While disappointing for both playing groups and cricket lovers all over the world, this is a prudent decision considering the prevalence and virulence of the COVID-19 strain in South Africa.

“The Australian players were ready for the contest with South Africa, especially to support South African cricket at this time with the added challenge of making the final of the ICC Test Championship.

“But this is the right call given the COVID data coming out of South Africa. It’s a decision based on the advice of the medical and health experts and that’s why the ACA supports it.

“The ACA offers its assistance to CA in exploring new options with Cricket South Africa for this series to be rescheduled.”