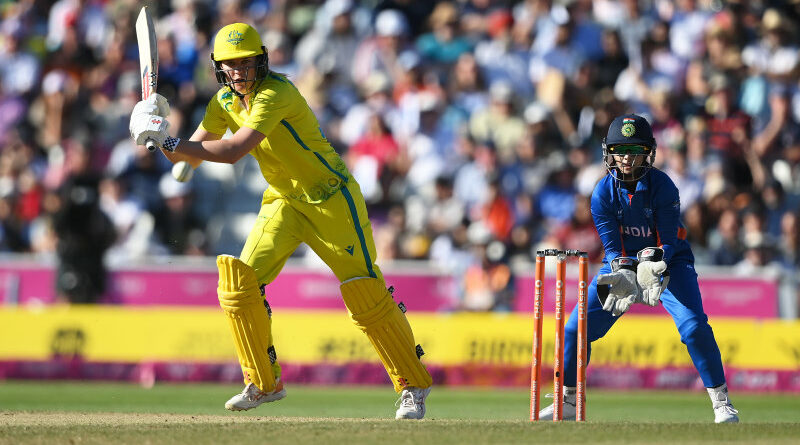 Tahlia McGrath’s rise as a major force in Australian cricket has been boosted by her appointment as deputy to acting captain Alyssa Healy on the tour of India, as Meg Lanning continues her sabbatical from the game.

Having not been part of the team for the Twenty20 World Cup victory on home soil in March 2020, McGrath’s rapid ascension to titled leadership has been underpinned by a staggering record in her 14 games: a batting average of 93.75 accompanied by a strike rate of 153.68. 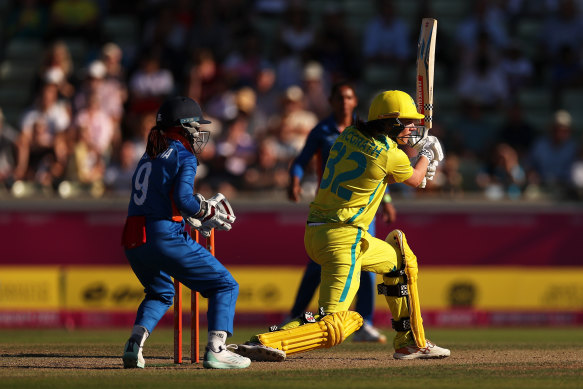 Tahlia McGrath in action during the 2022 Commonwealth Games in Birmingham.Credit:Getty

At 27, McGrath is at the peak of her powers, and in the absence of Lanning and after the recent retirement of Rachael Haynes, she has assumed a key position of leadership on the tour, working in concert with Healy and coach Shelley Nitschke.

“Without Meg and Rachael, this series will provide opportunities for players particularly in the top order, so we’re looking forward to seeing who puts their hand up,” selection chair Shawn Flegler said.

“Alyssa will get the chance to lead the side in Meg’s absence, which is exciting, and Tahlia will no doubt take plenty from being her deputy. She’s worked hard on developing that side of her game and thoroughly deserves the opportunity.”

Phoebe Litchfield and Kim Garth are featured in an Australian senior squad for the first time, and alongside Heather Graham will be strong chances to make their T20I debuts on tour.

Litchfield, 19, has turned in some promising displays with the bat for the Sydney Thunder during this edition of the WBBL, while Garth has done plenty of useful things with the ball for the Melbourne Stars.

“It’s pleasing to have been able to reward Phoebe, Kim and Heather for strong form throughout the WBBL, and hopefully they get the chance to show what they can do at some stage during the series,” Flegler said.

“We’ve had an eye on Phoebe for a while and she’s really taken her game to the next level this summer. She’s made her mark at the top of the order for the Sydney Thunder, and we’re looking forward to seeing what she can do in Australian colours. Kim’s another who’s been in our thinking, she’s had a couple of strong seasons with the ball and adds extra depth to our pace bowling stocks. 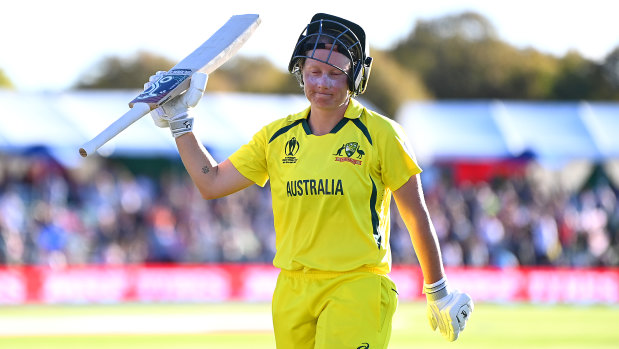 Alyssa Healy was unstoppable in the World Cup final earlier this year.Credit:Getty Images

“These five matches form an important part of the team’s preparations for the upcoming T20 World Cup in South Africa as well as providing an opportunity for some players to gain some experience in Indian conditions. India will be a good test; they’re a strong side and the two teams have had some good battles in recent times.”

After the India tour, Australia will play a home white-ball series against Pakistan in the new year, ahead of the World Cup defence in South Africa in February. 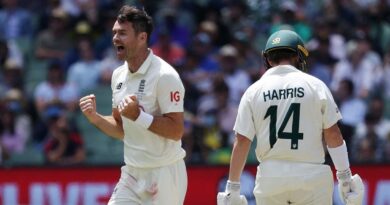 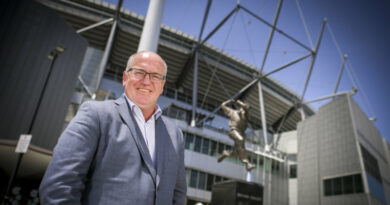 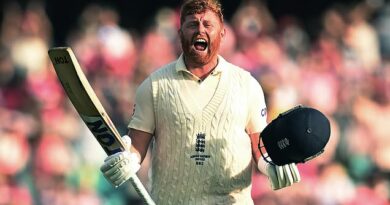