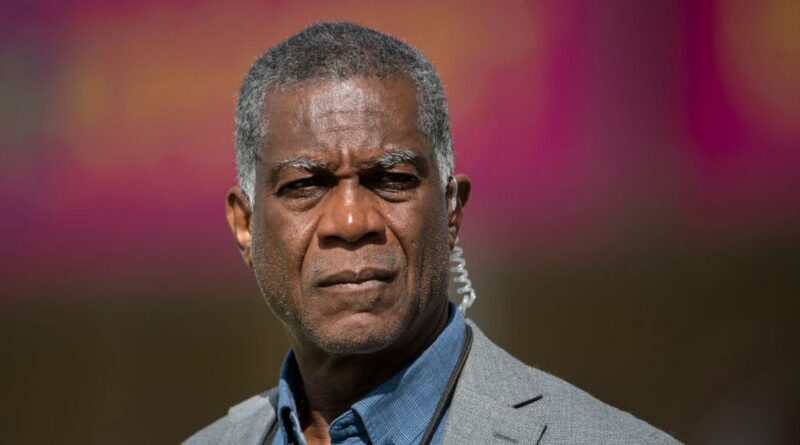 West Indies legend Michael Holding has criticised the ECB for 'failing cricket' over their handling of the Yorkshire racism scandal.

An investigation into allegations of racism at the club by former player Azeem Rafiq found that he had been subjected to racial harassment and bullying.

However, Yorkshire later said they were "pleased" to announce that none of its current employees would face any disciplinary action, despite several names implicated in the report still working for the club.

After Yorkshire's chairman Roger Hutton resigned from his role, he was critical of the ECB's lack of involvement with the investigation.

He said: "I want to be clear that when I was made aware of Azeem Rafiq’s allegations, I immediately reached out to the ECB to ask for their help and intervention to support a robust inquiry.

"I was saddened when they declined to help as I felt it was a matter of great importance for the game as a whole.

"It is a matter of record that I have continually expressed my frustration at the ECB’s reluctance to act."

In response, the ECB insisted that their roles as "a regulator across the entire game" meant they could not get involved with the initial investigation as they "must act independently".

However, Holding is critical of the ECB's inaction, telling the Sun : "The ECB failed Yorkshire and they failed cricket. They are supposed to be the organisation that runs cricket in England.

"If you are the supreme court, for instance, and one of the lower courts has a problem and comes to you asking for help and you’ve said that’s not your business, that doesn’t work.

"They failed and failed terribly. I don’t think policies in any organisation will have racism and how to treat people in them.

"It’s the people that need to be looked at, not the policies. Their mindset, their ideology – that is what needs to change.

"It’s either a change of person or find a way to change their mindset. It’s one or the other – it cannot continue as it is."

‘There are some positives’: Thunder not panicking after third loss