Home » Сricket » Milne one of Thunder’s many options 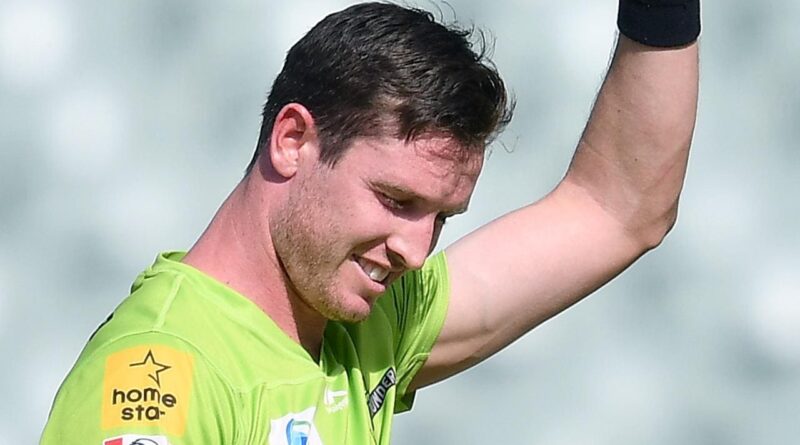 The Thunder, who finished third on the BBL ladder, will meet the winner of Friday night’s clash between Brisbane Heat and the Adelaide Strikers in a do-or-die affair.

If Australian T20 representative all-rounder Daniel Sams returns from a hand injury that has sidelined him for the Thunder’s past three matches, coach Shane Bond has a pleasant selection headache.

Milne, Sams, the in-form Brendan Doggett and the consistent Nathan McAndrew are all perhaps vying for three spots.

“We’ve got a lot of options,” Milne said.

“If Samsy’s available for our next game, it going to be a tough choice for Shane.

“It’s a nice headache for Shane to have. We’ll see what happens.”

TEAM OF THE TOURNAMENT.

It's official! The BBL coaches have selected the following players as the very best of #BBL10 🙌 pic.twitter.com/jPME2nDvPd

Milne was at his economical last Sunday against the Adelaide Strikers, conceding just six runs in a four-over spell that included a wicket and 20 dot balls.

“I had a bit of luck,” the modest Milne said.

“I was able to put some pressure of them.”

The fluctuating fortunes of T20 cricket led to Milne conceding more than 10 runs an over the following night when the two sides met again.

“That’s the way it goes in T20 cricket for bowlers sometimes. The main thing was that we won that night to secure third spot,” he said.

Milne, 28, paid tribute to his coach Bond, the former New Zealand fast bowler he has known since he was a teenager.

“Shane’s had a lot of influence on my career, and I’ve very grateful for that,” he said.

“It’s been great working with Bondy again and It’s meant I’ve had the chance to play in this competition, one the best known T20 tournaments in the world.”

Milne’s form should also have him in strong contention for selection in New Zealand’s squad for the upcoming T20 series against Australia.

“I haven’t heard anything. My priority is doing well here for the Thunder,” he said.

WATCH: Leggie snares a hat-trick, but one of his victims was not impressed