Home » Сricket » Money men: the most exciting Test XI of the past six decades 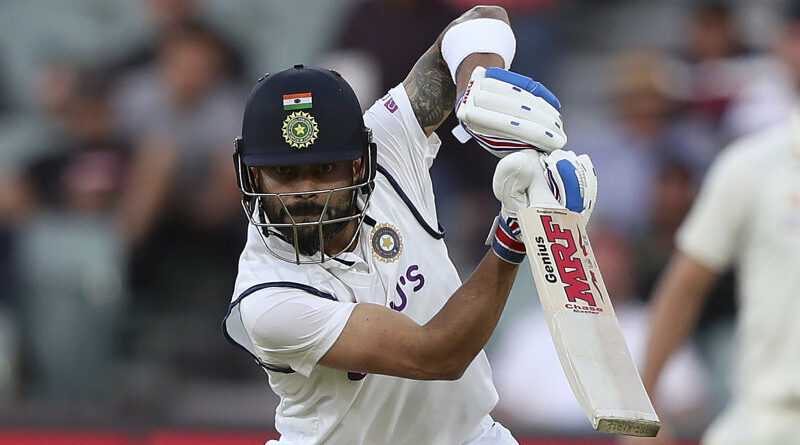 I have never actually paid to watch cricket.

When I was a youngster, my parents took me along to Adelaide Oval, as their guest. Soon after my 18th birthday, I was selected to play for South Australia and, from that day on, if I went to the cricket it was either as a player, coach, commentator or administrator. But never as a paying customer. 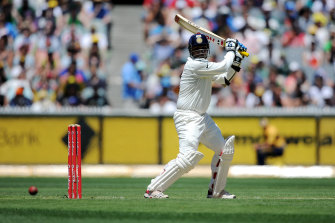 Virender Sehwag gets the nod at the top of the order in Greg Chappell’s most exciting XI.Credit:Pat Scala

To make a bold statement early, I have plumped for an aggressive opening pair. One is instantly recognisable, the other needs explaining.

Indian genius Virender Sehwag, terrorised opening bowlers throughout his career. Viru was the best ball striker I have seen. His record of double and triple hundreds, though, shows that he was more than a kamikaze-style basher. Once he summed up the opposition and conditions and found things to his liking, he toyed with opposition bowlers. He had an uncanny ability to smash boundaries to all parts of the field, but his great strength was square of the wicket on the off side.

Viru’s lackadaisical approach to training was part of his charm, but I wondered how good he might have been had he worked harder on improving his skills against the very best fast bowlers on spicy wickets. In those situations, his method was to stay to the leg side of the ball and make room for his rasping cut shot. The best of the fast men countered this strategy by bowling at him.

One day, I tried to persuade him to get into position to tuck the straight deliveries to the leg side, thereby compelling bowlers to target his off-stump strength. Rather provocatively, I asked, "Are you scared of fast bowlers?" 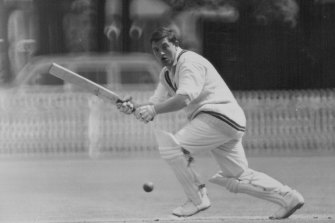 As his opening partner, I have gone for Englishman Colin Milburn. He got the nod over my good friend Barry Richards. Barry was an exceptional, classical opener who was desperately unlucky to have a glittering Test career curtailed, because South Africa was banned from international sport in the apartheid era.

Colin is the only man who hit the ball harder than Sehwag square of the wicket. He only played nine Tests, due to tragically losing the sight of his left eye in a car crash, but he had already made two Test centuries, both scored in brisk time.

'Sobers is the best batsman that I have seen AND the best all-rounder. Any team in which he played had the advantage of one extra player.'

I am biased in selecting Colin because we became very good friends during the time he played for Western Australia. Whenever I toured England, Colin would come down to London for The Lord’s and Oval Tests and sleep on the floor in my room at the team hotel. Not that sleep was high on his list of priorities, when in London.

The first time I saw him bat was in a Shield match at the Adelaide Oval. Having been dropped on zero, Colin went on to blaze a century in 77 minutes. The most memorable of many spectacular shots that he played that day went flying past me at extra cover. I never saw the ball, but heard it as it scorched the grass to my left and rebounded at my feet, from the pickets. Two seasons later, he scored an incredible 180 between lunch and tea against Queensland at the Gabba.

It was a sad day indeed for cricket when that accident finished his Test career.

Sir Vivian Richards is the inevitable choice for the No.3 slot, over Ricky Ponting. Viv was another devastating batsman who pulverised bowling attacks. I remember putting the West Indies in to bat at Adelaide Oval in January 1980 on a lively wicket. Dennis Lillee quickly dismissed Gordon Greenidge and beat Viv a few times around off stump before clipping his cap with a superb bouncer.

Viv decided that attack was the best form of defence as he raced to a run-a-ball 76. He changed the course of that match and plenty of others.

Graeme Pollock is my No.4. I first saw Graeme bat when he toured Australia with South Africa in 1963/64 as a 19-year-old. On the back of a double century by Eddie Barlow and 175 from Pollock, South Africa won the Adelaide Test by 10 wickets.

He was a no-nonsense left-hander who drove, cut and pulled with ferocity. He played fast bowling with ease and destroyed spin bowling. Another whose Test career was truncated by the apartheid ban. 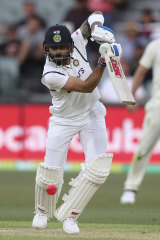 Indian wizard Virat Kohli is the only present-day player to make the cut.Credit:AP

Virat Kohli gets in at No.5, ahead of compatriot Sachin Tendulkar. I still recall Sachin’s brilliant century as an 18-year-old at the SCG in 1992 and also his 241 there in 2004, but Kohli’s twin centuries in his first Test as captain at Adelaide Oval in 2014 were equally sublime. His 141 in the second innings stands out as one of his finest in Test cricket. I particularly admire his energy and the fierce will to win that he brings to every game.

Both Sachin and Virat have had to cope with the expectations of more than a billion people every time they don their togs, so that was something I thought about before being forced to “drop” Neil Harvey, Rohan Kanhai, Doug Walters, Brian Lara and Steve Smith.

Sir Garfield Sobers is next and captains the team. I first saw Garry when he toured with the West Indies in 1960/61. I still recall his 132 in the Tied Test and 168 at the SCG.

He was a true all-rounder. He deserved a place in the team as a batsman or as a swing bowler, who could also bowl finger or wrist spin. To top it off, he was a brilliant fielder.

Languid in style with a flowing backlift, Sobers is the best batsman that I have seen AND the best all-rounder. Any team in which he played had the advantage of one extra player.

Adam Gilchrist is an obvious choice as wicket keeper/batsman at No.7. Good enough to have been selected as a batsman, Gilly was a nightmare for opposition captains. Just when they thought they were through the top order, in he walked and repeatedly took the game away from them in no time. 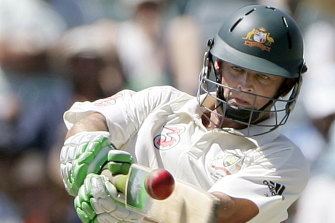 Adam Gilchrist repeatedly took the game away from the opposition coming in at No.7 for Australia.Credit:AP

Every one of his of his 17 Test centuries is a highlight reel in itself, but his 57-ball century against England in Perth sits alongside his 204 not out from 213 balls in Johannesburg in 2002 as my pick of the bunch. He was a freakish, once in a lifetime cricketer.

If, for some reason, Gilly was unavailable for selection, I would unhesitatingly plump for MS Dhoni.

Though better known for his white-ball exploits, Dhoni’s Test record is remarkable considering that he also captained the team in 60 of his 90 Tests.

Wasim Akram is my all-rounder at No.8. He gets the position comfortably in a race with Imran Khan, Kapil Dev and Ian Botham with Ben Stokes getting an honourable mention. 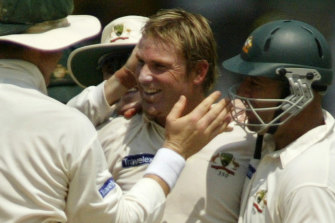 Akram is the best left-arm quick that I saw. His command of swing and seam at effortless though searing pace was exhilarating. He was as lethal with the old ball, as he got it to reverse swing. Allied with his fast arm action, he was a handful for batsmen. Wasim was a deceptively good lower-order bat, with sweet timing.

Spin wizard Shane Warne is my pick ahead of Muttiah Muralitharan from Sri Lanka and Erapalli Prasanna, a champion off-spinner for India from 1962 to 1978. Prasanna was widely regarded by those who played against him as the best offie of his time. An engineer by profession, Pras had great control of flight and spin and had the ‘other one’ long before anyone had heard of the doosra. Pras believed that “line was optional, but length mandatory”.

Dennis Lillee and Jeff Thomson are my opening bowlers. Again, I happily ‘fess up to bias. Malcolm Marshall has great claims for one of the spots, but I can’t go past my great mates, as the best combination that I have seen and would, any day, pay through my nose to see.

Lillee was quick in his first iteration, but after a major back injury kept him out for 18 months, he returned to become the most consummate fast bowler of all time. Bowling within himself, he was still quick enough and had such control of swing and seam that he became the go-to man for his captains. If ever a wicket was needed, he was the man.

Thommo was easily the fastest and scariest bowler that I ever faced. In fact, I encouraged him to move from Sydney to Brisbane in the mid 1970s so that I didn’t have to bat against him. Until his fielding accident at Adelaide Oval, Thommo was greased lightning.

Richie Benaud told me that he thought Frank ‘Typhoon’ Tyson bowled as quick on occasions, but did not sustain it as Jeff did, spell after spell. Even Michael Holding, no slouch himself, when asked who was the quickest said, “we were all quick on our day, but then there was Thommo” – high praise indeed.

To misquote Muhammad Ali, “if you ever dream of beating my team, you'd better wake up and apologise.”