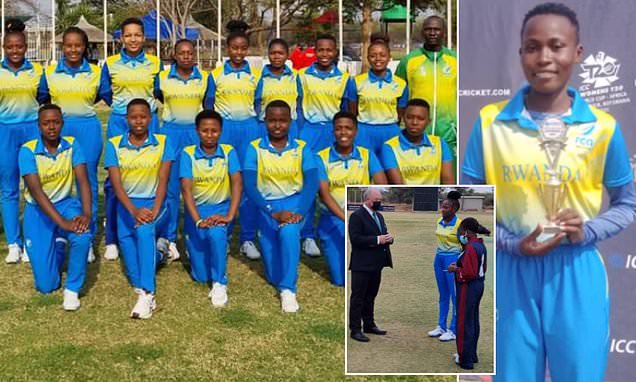 Rwanda women win a T2O World Cup qualifier with almost EIGHTEEN overs to spare after skittling Mozambique for just 17 – with only one player scoring more than a single run!

Any chance of qualifying for a World Cup usually needs to start with hope and optimism – but for Mozambique’s women’s cricket team that has been blown straight out the water!

Put in to bat by Rwanda in a T20 World Cup African qualifier on Thursday in Botswana, Mozambique were 17 all out in just 7.2 overs.

With five players scoring ducks and only one player scoring more than one run, the top score was in fact extras, which totalled 10! 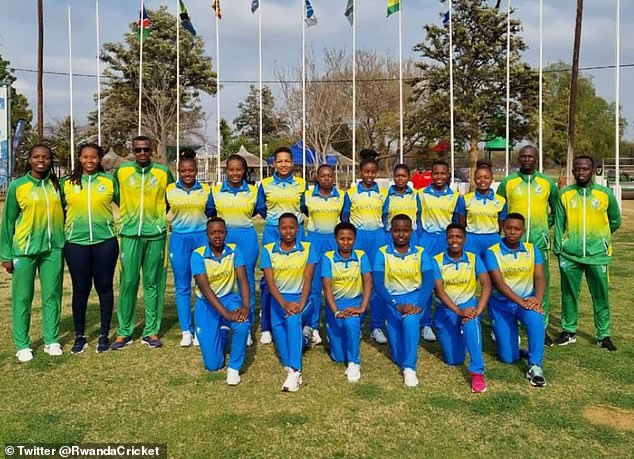 Rwanda women (pictured) beat Mozambique after bowling them out for just 17 runs! 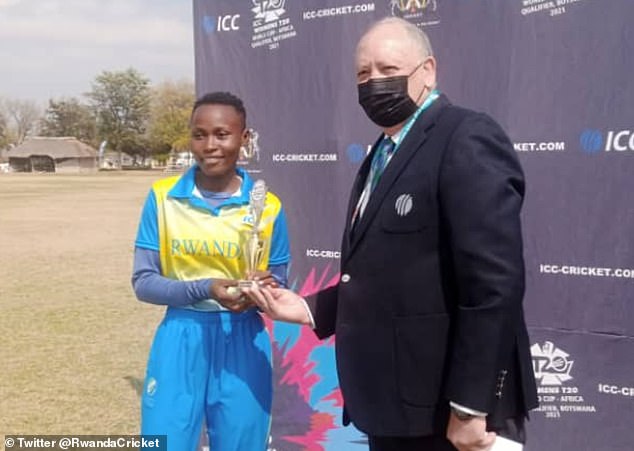 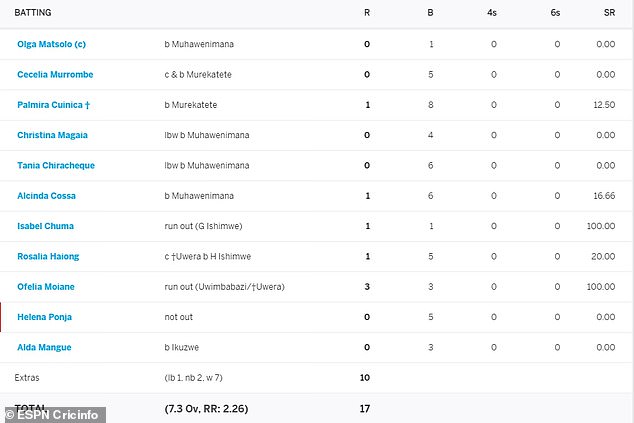 Rwanda then chased down the low total without losing a wicket and with almost 18 overs to spare, as Sarah Uwere top-scored with seven not-out.

As told via a tweet from the Rwanda Cricket Association, bowler Immaculee Muhawenimana was selected as the player of the match after taking four wickets for the loss of just six runs.

It is the lowest total in women’s international cricket this year, beating the joint record held by France when they faced Ireland and Scotland in August and scored 24.

According to ESPN Cricinfo, the lowest score in the history of international cricket is just six! 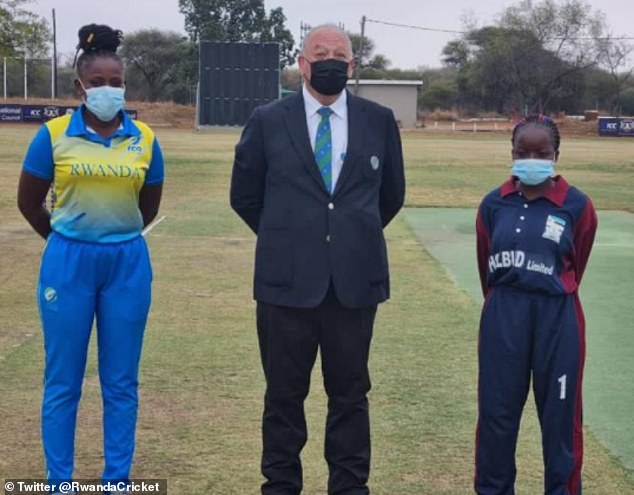 Maldives and Mali jointly-host the unwanted record from 2019 after facing Bangladesh and Rwanda respectively.

Only the winning team in the African qualification stage for the T20 World Cup makes it through to next year’s second qualifying tournament, ahead of the main 2023 Women’s T20 World Cup in South Africa.

Mozambique will be looking to fare better when they face hosts Botswana on Friday, while Rwamda next play on Sunday against Eswatini.

Ashes 2019: Joe Root stuck trying to be the player he was and the one England need him to be now