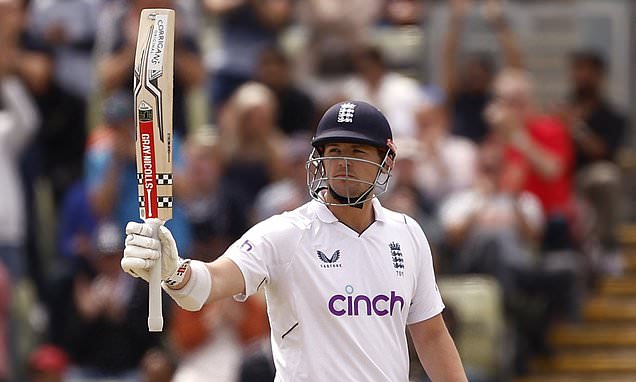 NASSER HUSSAIN: Alex Lees’ transformation under Ben Stokes and Brendon McCullum has been incredible… his mindset has been changed more than anyone else’s under the new regime

If you had told anybody watching Alex Lees in the Caribbean he could play the way he did today in that fabulous opening stand they would never have believed it.

The transformation of Lees since the second innings of the first Test against New Zealand at Lord’s under Ben Stokes and Brendon McCullum has been incredible.

The sight of him charging Mohammed Shami’s third ball of the second innings here today set the tone for the opening pair and England’s chase and Lees just immediately put India’s formidable attack on the back foot. The runs simply flowed after that. 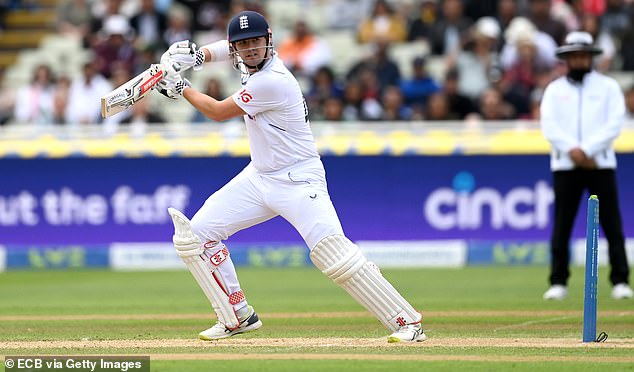 Then, when spin was introduced for the ninth over in the form of Ravindra Jadeja, Lees just went bang and smashed the bowler back past him to the boundary. He followed that, in the same over, by reverse sweeping Jadeja for four. And he is not an easy bowler to hit.

It was an approach that silenced Indian fans in the crowd, made the bowlers change their lengths and made the ball go soft quicker. And it was never reckless nor headless.

This is the way, by all accounts, Lees played in his early years at Yorkshire, when Jason Gillespie gave him the nickname ‘Haydos’ because he was reminded of Matthew Hayden.

And maybe this is why Stokes is batting the way he is because the captain’s attitude is filtering its way through his team. The players must be thinking ‘if our skipper is running down the pitch then so am I.’ 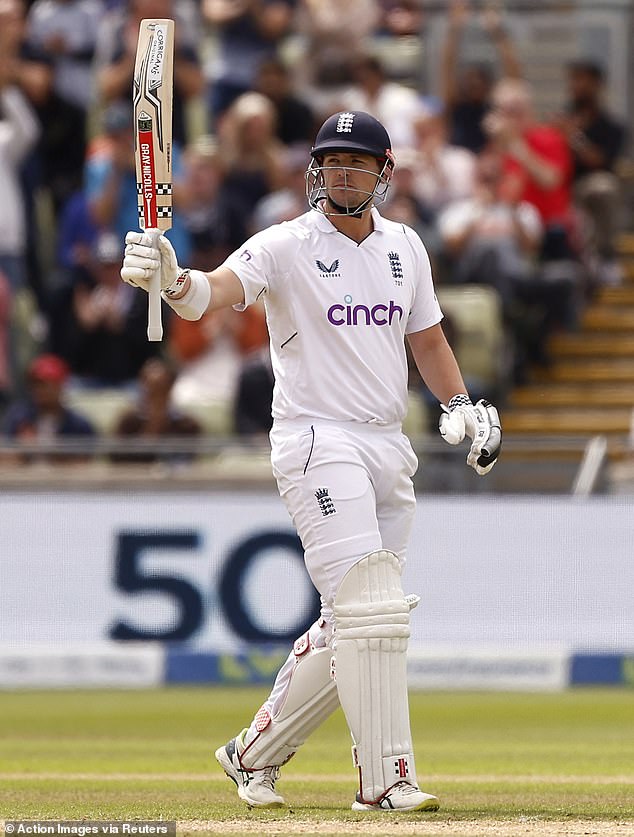 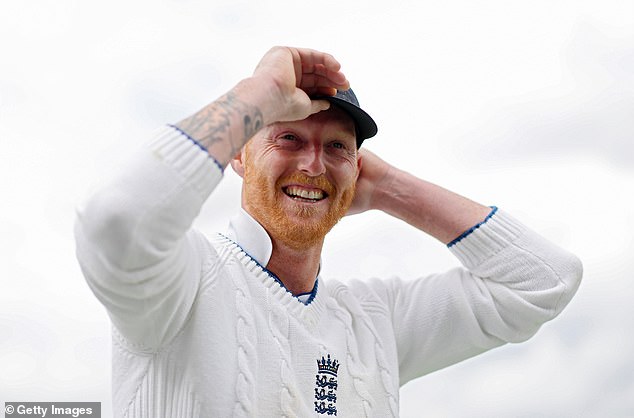 What a shame for England it ended the way it did for Lees with that run out mix-up after tea with Joe Root because this was the template for how Lees should play in future. More than anyone his mind-set has been completely changed by the new management.

This was an encouraging innings, too, for Zak Crawley. It is clear he has made some small technical changes in this re-arranged final Test. He is standing a little taller at the crease, has his weight more forward and has his back leg a little less bent.

But for me the main change has been in Crawley’s mind-set. It is that big booming drive early in his innings that has been getting him in trouble because, opening the batting in England, it is a low percentage shot. Crawley gave himself more of a chance here. 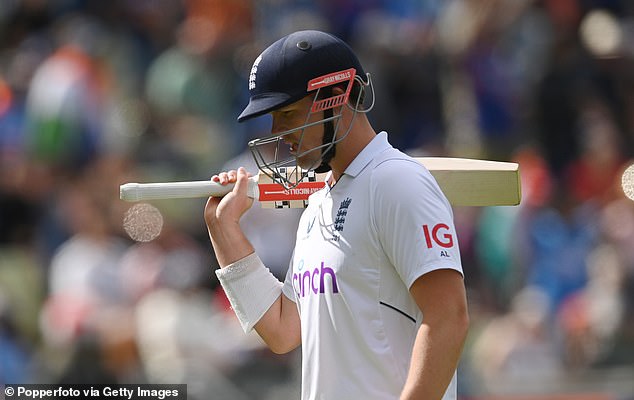 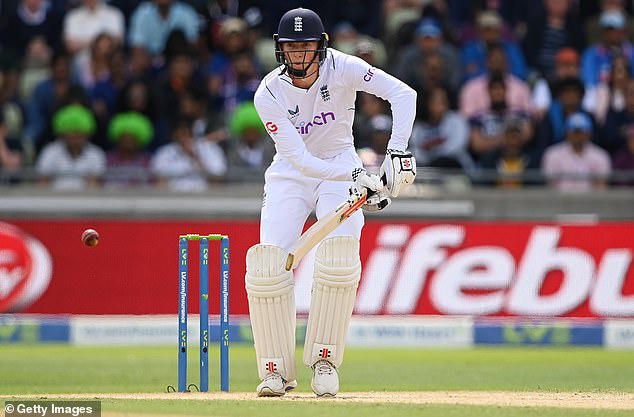 It was also an encouraging innings for Zak Crawley, who reached 46 before being bowled

He is so talented that he should never have been giving it away so often but here he left the ball beautifully – at least until he left one that was too straight and bowled him – and that meant the bowlers had to come to Crawley and feed his strengths off his pads.

India were forced to put the ball where Crawley wanted it until, when it went a bit softer and they had to go to their fourth seamer in Shardul Thakur, Crawley was able to bring out that cover drive which is such a strength as well as an early weakness. Yes, he can and should play the shot – just not so early in his innings with the Dukes ball moving.

That leave which did for Crawley in the end came in the over after the ball was changed which has been a feature of this Test summer and is something I don’t agree with.

And I’m not saying that because this time it went against England. The same was true on day three when England managed to get a harder replacement and suddenly there was movement and uneven bounce. 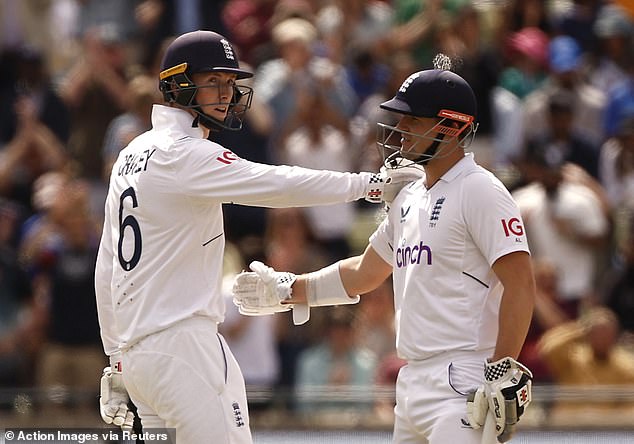 Crawley and Lees celebrate their century opening stand, the fastest ever for England in a Test

Yes, there is clearly a problem with this year’s batch of balls. Yes, they are going soft and yes they are going out of shape but that is part of cricket and these balls are being changed far too often.

The problem is finding a replacement that has had the same amount of use because you just don’t know what the ‘new’ ball will do. And the only reason teams are constantly wanting them changed this season is not because they have gone out of shape but because they are not offering them any movement.

The laws say the balls can only be changed at the umpires discretion and it is not simply down to whether they can pass through the hoops. But they are not exercising that discretion.

I saw one of the balls that had been changed earlier this summer and it wasn’t too bad. Yes, balls do go out of shape, particularly if they are being smashed into the boards the way Lees and Crawley were hitting them today, so, unless the ball is so bad it looks like a dog’s dinner, bowlers should just be getting on with it. 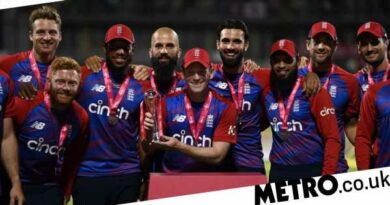 South Africa vs England LIVE: Follow the opening day of the first Test