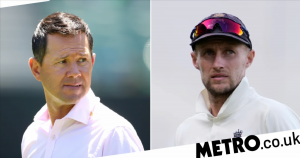 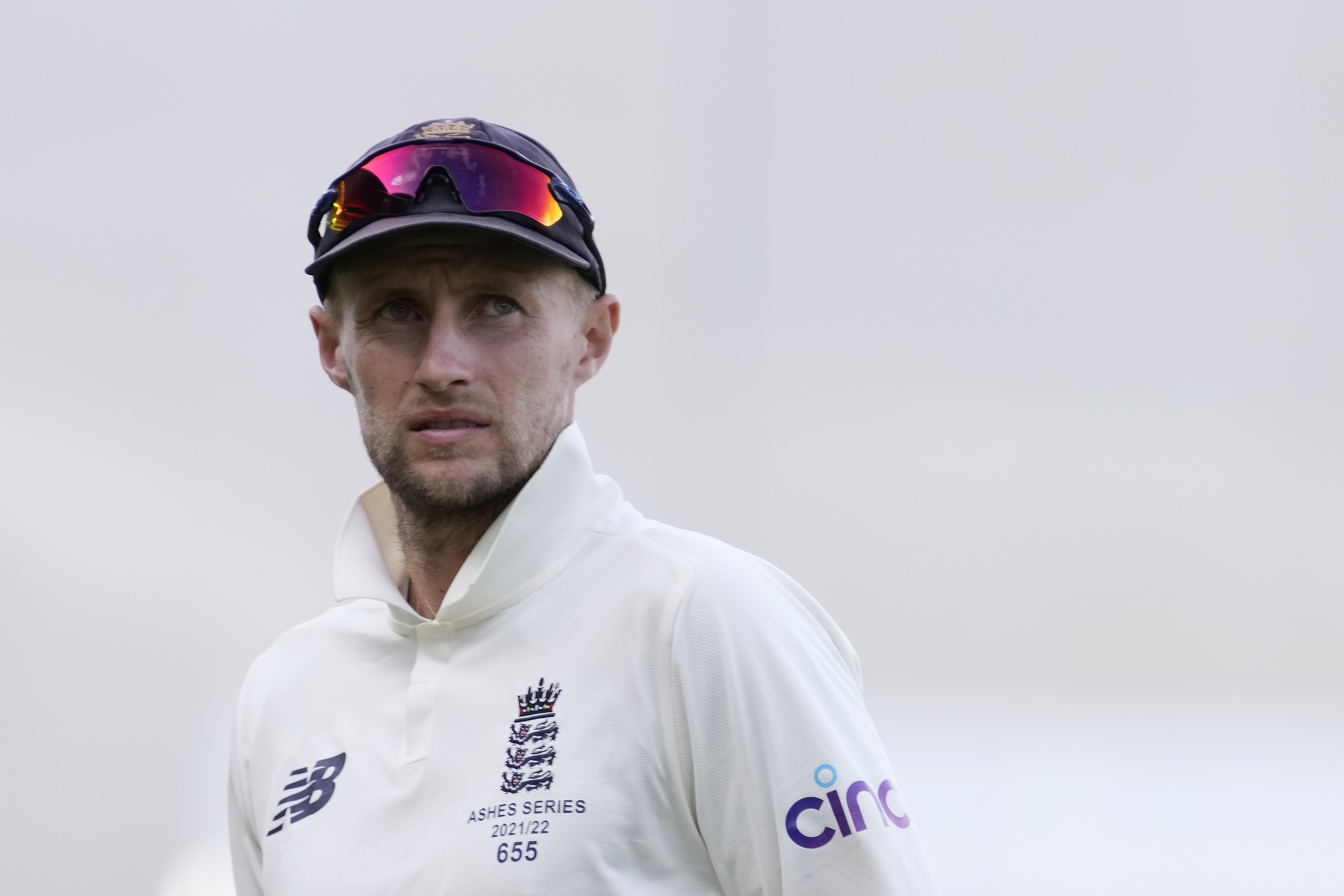 Former Australia captain Ricky Ponting says he ‘nearly fell off his seat’ when he heard Joe Root criticising England’s bowlers for their lengths after the tourists went 2-0 down in this winter’s Ashes series.

Fears of a whitewash are already beginning to mount, with England suffering a 275-run loss in Adelaide in the wake of their crushing nine-wicket defeat at the Gabba.

The hosts, who were without captain Pat Cummins and Josh Hazlewood at the Adelaide Oval, will retain the urn should they avoid defeat in the third Test at the MCG which begins on Boxing Day.

Speaking shortly after England’s latest defeat, Root insisted his side ‘have to be better going into the next game’ to ensure they are able to get themselves back into contention.

The England skipper heaped praise on Jos Buttler’s stoic 258-minute knock in the second innings but was less than impressed by the performance of his bowling attack, saying they had not learned from the ‘mistakes’ made in Brisbane.

‘I don’t think we bowled the right lengths. If we’re being brutally honest, we needed to bowl fuller,’ Root told reporters.

‘As soon as we did in that second innings, we created chances. We need to do that more, we need to be a bit braver, get the ball up there a bit further because when we do, we’re going to create chances and make life difficult.

‘That’s one of the frustrating things because it’s something we did four years ago and got it wrong and we didn’t learn from it.

‘We made the same mistakes last week – we just have to be better and we’ve got to learn those lessons very quickly.’

Australia legend Ponting was left stunned by Root’s comments and blasted the Yorkshireman for not changing his bowlers’ approach when he had the chance during the Test.

‘I nearly fell off my seat when I heard that. Whose job is it then to make them change? Why are you captain then?’ he said.

‘If you can’t influence your bowlers on what length to bowl, what are you doing on the field?

‘Root can come back and say whatever he likes but if you’re captain, you’ve got to be able to sense when your bowlers aren’t bowling where you want them to. If they’re not going to listen, you take them off, simple as that.

‘Give someone else a chance that is going to do it for you or you have a really strong conversation with them on the field to tell them what you need. That’s what captaincy is all about.

Ponting claimed the ‘only time’ England’s bowlers changed their length was when Ben Stokes led the side in Root’s absence.

‘The interesting thing for me is the only time they bowled full in the game was when Joe Root wasn’t on the ground,’ he added.

‘The start of day four when they had a meeting on the ground before play started, Ben Stokes took over the captaincy, and that was the only time in the game they pitched the ball up.’

JASON HOLDER: Even I was surprised England did not pick Stuart Broad!