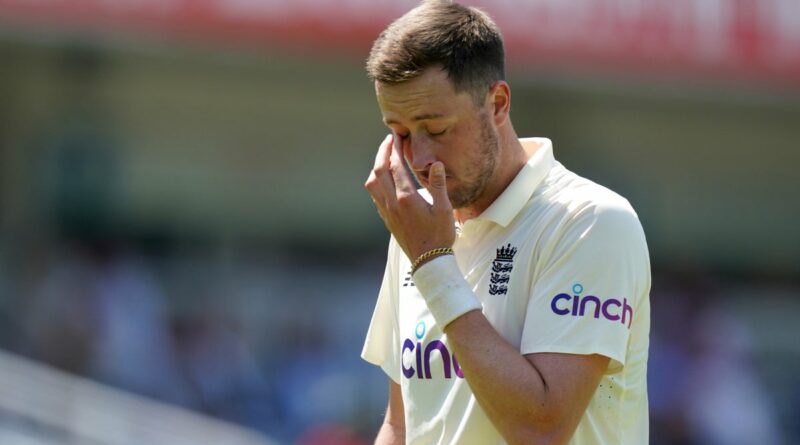 Ollie Robinson will not play for England in the second Test

Mark Ramprakash has spoken out against Prime Minister Boris Johnson’s involvement as the ECB continues its disciplinary investigation into England bowler Ollie Robinson.

The seamer, who has been indefinitely suspended from international cricket, has apologised after racist and sexist tweets posted in 2012 and 2013 emerged during his Test match debut against New Zealand at Lord’s last week.

The Prime Minister labelled the 27-year-old’s suspension pending an investigation as “over the top”, agreeing with similar comments made by Culture Secretary Oliver Dowden.

And with Robinson sitting out the second Test this week and given no assurances about a future return to the side, Ramprakash believes the Sussex bowler should not be comfortable with Johnson in his corner after making racist comments in the past.

Ramprakash told BBC Breakfast: “I’ve heard people express sympathy for Ollie Robinson in this situation, and say things like, ‘hasn’t he shown a lot of character’.

“But actually, I haven’t heard enough from the victims, the people who are affected by these tweets, that they are aimed at, how do they feel?

We live in a diverse society, we really don’t want this behaviour.

“In actual fact, there is a real irony with our Prime Minister getting involved. I think it’s unwelcome.

“He himself has used racist language, against Muslim people, against Black people. He was voted into power, I think, on a very divisive, anti-immigrant, Brexit campaign and race hate went through the roof during that campaign.

“I think he’s trying to bare undue influence in this case, it’s almost as if his influence on the ECB, he wants to get some sort of outcome that he thinks is right.

“I think there’s a real irony, if I was Ollie Robinson, I’m not sure I would want Boris Johnson involved and trying to support him.”

England captain Root leads from the front during Ashes fightback

Cricket World Cup: David Warner will be back to ‘dangerous best’