London: Glenn Maxwell and Marcus Stoinis have been overlooked but Alex Carey has been given a chance to impress in a 25-man Australian squad jostling for Ashes selection. 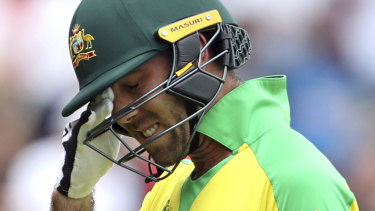 Costly dismissal? Glenn Maxwell after getting out against England.Credit:AP

Selectors will finalise their 16-man Ashes squad once this match concludes, with selection chairman Trevor Hohns admitting "12 or 13" players were already all but locked in.

Allrounder Mitch Marsh was given the vote of confidence ahead of Stoinis, having twice been drafted into the World Cup squad as cover when Stoinis was injured.

Maxwell, who played the last of his seven Tests two years ago, and the uncapped Stoinis always a faced a challenge to win Ashes selection but a strong World Cup would almost certainly have had them invited to Southampton.

When asked why the pair had not been picked, Hohns replied: "Let's put it this way, we would probably consider the 25 that got chosen … as more in contention (for the Ashes) than those guys. It's unfortunate but that is just where we are at right here, right now."

The selectors believe Marsh remains an important piece of the Test plans but his inconsistency – and injury – have been an issue in him securing his spot.

World Cup skipper Aaron Finch, despite two centuries through the tournament, won't be given a chance to revive his Test career.

One issue for the selectors is whether wicketkeeper Carey – one of the break-out stars of the World Cup – can shoehorn his way not only into the Test squad as back-up to Tim Paine but whether he should be considered as a specialist batsman, perhaps even bumping Kurtis Patterson from No.6.
Former England captain Nasser Hussain told The Age and Sydney Morning Herald how impressed he had been with Carey's "Test-match batting" through the World Cup, while Steve Waugh says there is no reason why he not should be considered for a Test debut come August 1 at Edgbaston.
Carey was vice-captain of Australia's World Cup campaign and impressed Hohns with his composure. His fighting innings against the West Indies, India, South Africa and England, the latter coming on a day a bouncer from Jofra Archer left him requiring six stitches from a bleeding chin, highlighted his resolve.

Paine is guaranteed of taking the gloves come the Ashes but selectors have also pumped for a third gloveman in the 25-man squad – Matthew Wade.

The Tasmanian is likely to play as a specialist batsman, having been the second-leading run-scorer in the Sheffield Shield last season.

Selectors will also have to make a call on Usman Khawaja, who strained a hamstring against South Africa last week and missed the semi-final defeat. Khawaja is the man Australia wants at No.3 but he will need to prove his fitness.

Fast bowlers Mitchell Starc, Josh Hazlewood and Pat Cummins are a lock for Ashes selection while James Pattinson appears all but certain after his strong form with Australia A, including seven wickets in their opening four-day tour match.

"Of course, with those (five Ashes Tests) being close together, it also gives us the opportunity to manage our fast bowlers a little better – that's what we will be attempting to do," Hohns said.

"I think these days our fast-bowling group understand that sometimes it's physically difficult for them to back up when Test matches are close together."

Cameron Bancroft has rejoined the Australian squad for the first time since his nine-month ban for the ball-tampering saga and is battling Marcus Harris and Joe Burns for an opening role alongside David Warner. 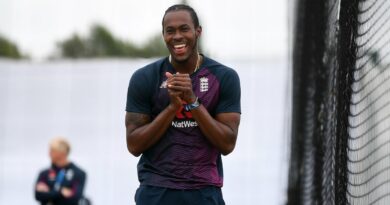 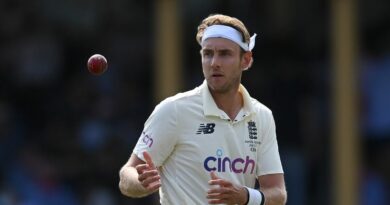