Home » Сricket » ‘One of the best ever’ leaves BBL stunned 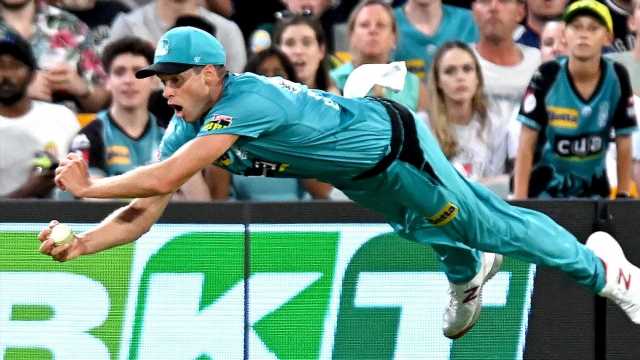 The Brisbane Heat’s Ben Laughlin has pulled off one of the most stunning catches you will see in The Eliminator BBL Finals clash against the Adelaide Strikers.

The Strikers were in deep trouble throughout their innings and were trying to launch with Chris Lynn bringing part-timer Marnus Labuschagne on.

After three wickets to get the Heat into the finals against the Scorchers, the Aussie star did it again with another three against Adelaide.

Already entertaining with his enthusiasm in the field, it went to the next level as he started taking wickets.

And with the second last ball in his three over spell, to give him career best figures of 3/13, Labuschagne bowled a loopy ball outside off-stump with Michael Neser going for a wild slog on his first ball.

In the outfield, Ben Laughlin had to make a heap of ground and with the superhero dive in the outfield, the quick has taken a catch that left the BBL stunned.

Watch the video in the player above.

Laughlin had no right to even get there let alone take the grab.Source:Getty Images

In a catch reminiscent of Glenn McGrath’s outfield screamer in Adelaide, Adam Gilchrist was already ready to put it up with the best seen in the BBL.

“Oh what a catch that is,” Mark Howard said. “The best in the business. Marnus loves it, listen to him.”

“That’s a stunner,” Labuschagne said after he stopped running around screaming after the grab.

“He was going to go two hands and then he went one hand – that is a stunning catch,” Mark Waugh said.

“We’ve said it about five times this season, if it’s not the best catch of the season, it’s one of the best ever in the competition,” Adam Gilchrist said.

“If it does get over to America, they will be stunned. The fact that our guys field barehanded without a big glove they can’t believe it.”

Labuschagne said he wasn’t sure Laughlin was going to get there but that he pulled off “a stone cold stunner”.

“That’s right up there with the best of all-time I reckon,” Waugh agreed.

Social media was quick to jump all over the catch.

Ben Laughlin, fair play. What a catch, what a moment #BBL10

What a catch- Laughlin. One of the best ever one handers in the outfield. @HeatBBL

That's a hell of a catch from Laughlin.
The one-handed stunner, one of the great BBL catches. #BBL10

Over to you Sportscentre! 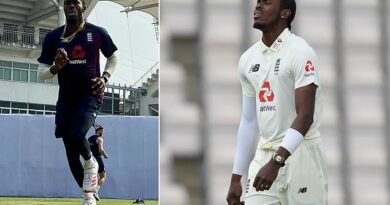 ‘He has to live with it’: Proteas coach defends shock AB snub