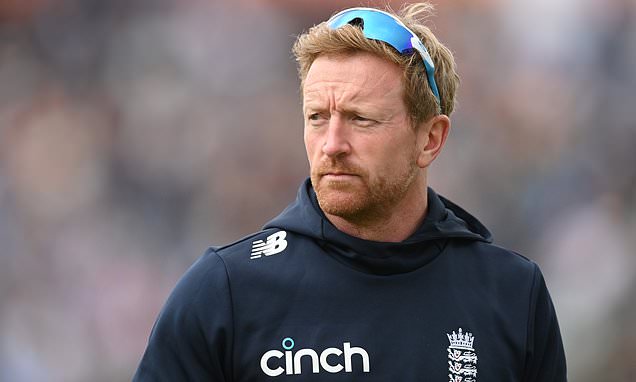 Paul Collingwood has urged England’s fielders to stay calm amid their most profligate display in a home Test for two years.

When Rory Burns put India’s centurion Rohit Sharma down for the second time on Saturday morning, it took the number of dropped catches by Joe Root’s team to six, equalling the total they floored in the 2019 Ashes match on the same ground.

With seven wickets still standing for India, they will need to be sharper or risk a contest they had under control after the first innings slipping out of reach. The tourists head into the fourth morning 171 runs in front. 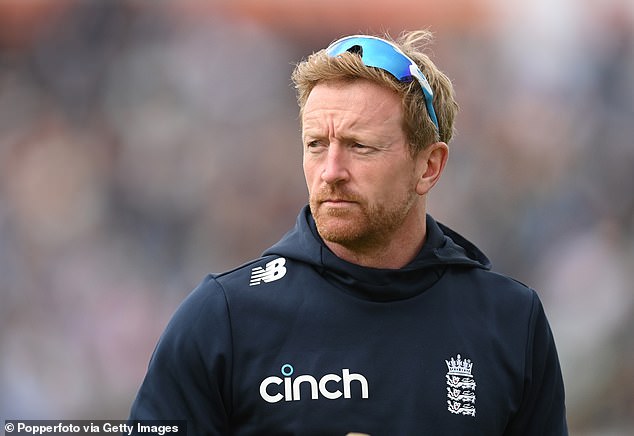 ‘I saw some stats that said the Oval is one of the harder grounds to take chances and I put that down to viewing. It is hard to view the ball when it comes off the bat,’ said England assistant coach Collingwood, one of the finest fielders this country has produced.

‘But it’s an area we’re trying to improve all the time and hopefully we can take our catches from now. Confidence in the field is just like batting and bowling. You need to stay calm and be ready for the chances coming. I am sure we will create some.’ In addition to Burns allowing Sharma to celebrate his first Test hundred overseas via lives on 6 and 31, Craig Overton with two, Root and wicketkeeper Jonny Bairstow all fluffed opportunities behind the wicket.

‘With Jos Buttler not playing and Jonny taking the gloves, the slip cordon was always going to change, but we catch a lot of balls in practice, a lot of hard work goes into it and the guys have just got to make sure they’re confident enough when they go out in the middle,’ said Collingwood.

‘Every ball and every chance is important, you have to want to be in there and the guys won’t shy away from that. 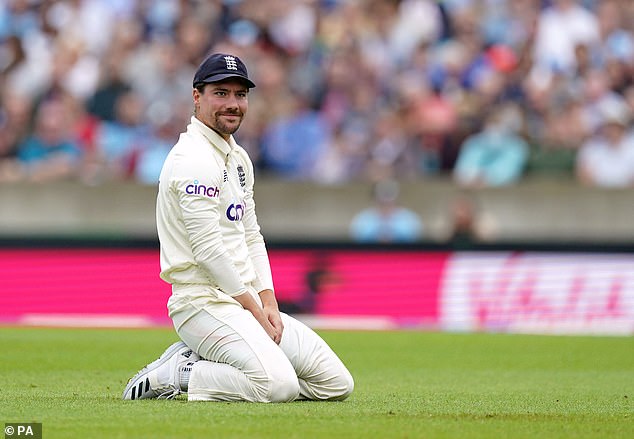 ‘Rory’s was a very good effort, the way he propelled himself towards it and the one on Friday he didn’t see — it’s hard to catch a ball you can’t see.’

England tasted success on just three occasions on a day limited to 76 overs due to an early close for bad light — one in which the balance of the contest swung towards the batting team following a bowler-dominated start to the penultimate match of a series currently locked at 1-1.

‘The one thing that was surprising was the lack of swing we got from the Dukes ball,’ said Collingwood. ‘The seamers we do have, we all know once they get movement in the air, on a wicket with good carry, that they will cause the Indian batsmen some trouble.

‘We tried everything — changing the shiny side — but we just couldn’t get it moving. 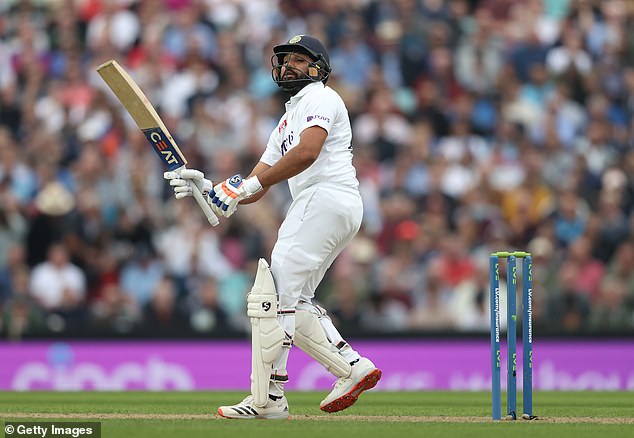 ‘Still, we asked questions all day and you have to give the India batsmen a lot of credit. Sharma at the top of the order played beautifully and we all know Test cricket can be tough at times.

‘We’ve also seen throughout this series that momentum has shifted very quickly and, if we can get movement on this ball on day four, we know we have the bowlers to exploit the conditions and put their middle order and tail end under a lot of pressure.

‘We need to bowl them out as cheaply as possible but we shouldn’t be scared of whatever total they get.’