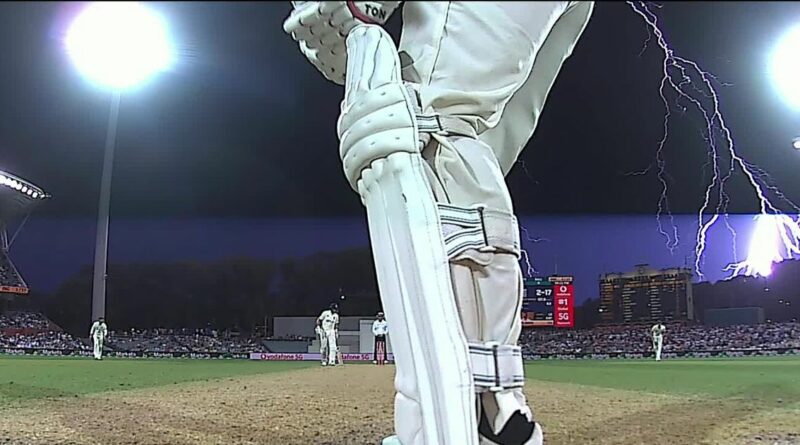 Thunder and lightning at the Adelaide Oval brought an early end to proceedings on day two of the second Ashes Test between England and Australia.

During the ninth over of England's second innings, an electrical storm caused a lightning strike to occur as Michael Neser was running into bowl.

The umpires immediately suspended play and, after a short break, play was abandoned for the day.

The early end to proceedings was welcome for England, who had been put under major pressure by Australia's bowlers.

After captain Steve Smith decided to declare on 473-9, Mitchell Starc, Jhye Richardson and debutant Michael Neser all looked dangerous bowling with the pink ball under lights.

Both of England's openers fell cheaply, with Starc once again accounting for Rory Burns.

The left-arm quick got Burns caught at second slip by Smith for just four, with the 31-year-old's poor tour continuing.

Haseeb Hameed fell shortly after for six, playing poor shot which saw him caught at mid-on to gift Neser his first Test wicket.

Dawid Malan and Joe Root were then able to see England through to the close of play, with the lightning strike sparing them of a further 10 testing overs.

Earlier in the day, Marnus Labuschagne converted his overnight score of 95 into a first Ashes hundred, having been gifted yet another lifeline by an Ollie Robinson no-ball.

Smith fell seven runs short of a hundred, with James Anderson getting him out LBW for 93 after yet another masterclass from the Aussie captain.

Wicketkeeper Alex Carey made 51 in just his second Test appearance, before Starc and Neser had some fun before the declaration, adding 39 and 35 respectively.

On day three, England will desperately need to make some big runs, with Australia currently leading by 456.

"Australia have two inexperienced bowlers and Starc, who can be expensive. There will be runs to be had.

"England have to get in. Root and Malan batted well at Brisbane. This game isn't running along quickly." 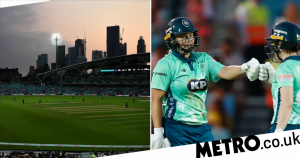 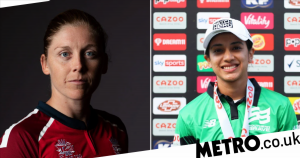