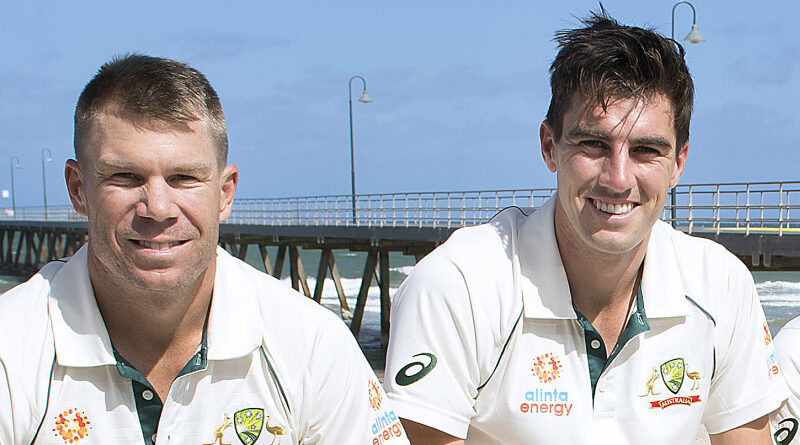 Cricket Australia is discussing whether to rest David Warner and Pat Cummins from the tour of the West Indies for family reasons, which could help take the edge off the discontent some players feel toward the veteran batsman that was stirred up by Cameron Bancroft’s ball tampering comments.

A day after declaring its initial investigation into the sandpaper affair would remain closed, the governing body said it would not be releasing the full report to quell scepticism about the findings. The move was supported by former Test captain Mark Taylor, a CA director at the time. 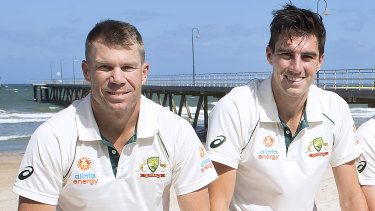 A decision has not been reached as to whether David Warner and Pat Cummins will miss the tour of the West Indies.Credit:Getty Images

It came as captain Tim Paine said players involved in the infamous Test must accept speculation will continue to swirl about the Cape Town incident.

CA and Paine insisted Bancroft’s remarks, in which he suggested other players had knowledge of the ball tampering, would not be held against him when it came to selection. However, there is angst elsewhere in the dressing room as a result of views expressed by Warner’s manager, James Erskine, which have reignited tensions within the team towards his client.

Players have been left feeling uneasy by Erskine’s criticism of CA’s investigation for failing to uncover what the agent believes to be the “whole truth”.

It is not clear to players whether Erskine was speaking on his own behalf or as Warner’s manager. Erskine has previously intimated Warner would divulge the full details about what happened in Cape Town in a book after he retires.

Australia’s bowlers, Cummins, Mitchell Starc, Josh Hazlewood and Nathan Lyon, issued a statement on Tuesday denying any prior knowledge of the sandpaper plot.

Warner was selected in a preliminary 23-man squad for the white-ball series in the Caribbean but CA is yet to decide if the opener, currently in hotel quarantine in Sydney after returning from the Indian Premier League, will stay at home so he can spend more time with his family.

There are also discussions as to whether Cummins could also miss the tour so he can be home with his fiancee, Becky Boston, who is expecting the couple’s first child.

As three-format players, Warner and Cummins face a busy second half of the year, which could also see Australia travel to Bangladesh and Sri Lanka for yet-to-be-confirmed limited-overs tours and the T20 World Cup before the start of a home Ashes summer.

There is already an intriguing subplot to the Windies tour, which will be Justin Langer’s first with the side since the Herald and The Age reported player disharmony towards the coach and selector.

The resurfacing of the ball tampering scandal has taken the gloss of what should have been a good news week for CA, which on Wednesday unveiled its international schedule for summer. Hockley was grilled on the fallout of the 2018 scandal in press conferences in Hobart and Melbourne.

Asked if he believed the Australian public had faith in CA, Hockley replied: “I’d like to hope so. I’d like to think so.”

Hockley said he saw no need to release the full ball-tampering report, conducted by then integrity chief Iain Roy in the days after the Cape Town Test.

“There was a thorough investigation; people have served their time,” Hockley said.

Taylor agreed, saying it would not serve the game any good.

“People will only pick holes in it that they see fit,” Taylor said. “I don’t think it will do much more than give everyone in the media, in particular, a chance to write more and more stories, which won’t do anything for the game or the individuals involved.”

There is an acceptance among players the issue will not go away.

“They’re frustrated it keeps popping up but, again, that’s part and parcel for everyone who played in that Test match,” Paine said on Wednesday. “It’s going to keep popping up, and you have to get used to that.”

Paine said the door had not been slammed shut on Bancroft, whose interview with a UK newspaper thrust the issue back into the spotlight. The West Australian was among the leading run-scorers in last season’s Sheffield Shield.

“We don’t pick too many Test teams on what they say in the media; we pick Test teams on guys scoring runs and Bangas had a really good Shield year again,” Paine said.

“Something he’s done in England the last few days won’t be carried against him. We’re all grown men; those guys have made contact with each other and sorted it out.” 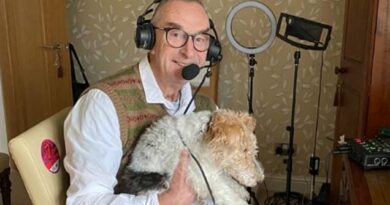 BUMBLE ON THE TEST: Commentating from home is certainly unique!