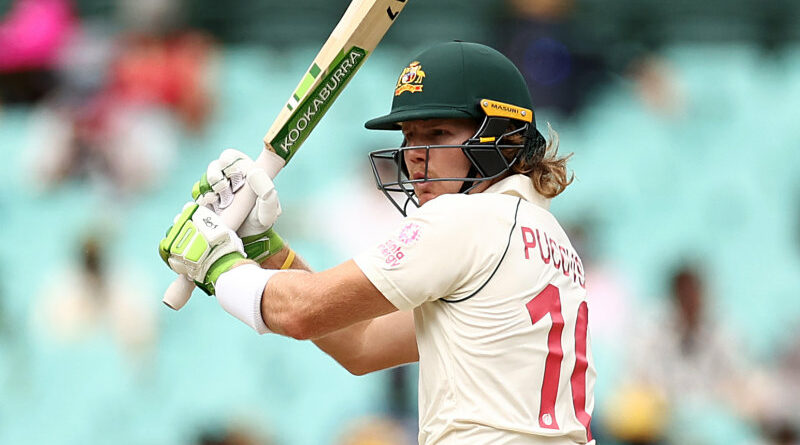 Will Pucovski is finally a Test cricketer, and the first impression is he may well make a mighty fine one.

Before a restricted crowd of 8692 at the SCG, Australian cricket's next big thing made his belated arrival to the game's grandest stage with an impressive half-century that gave Tim Paine's team the kind of start it has been lacking all summer. 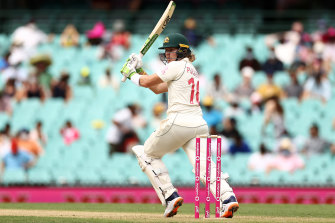 There were almost four hours of the first day of the third Test lost to rain but, when the covers were off, Pucovski shone, with his 62 on debut helping Australia reach 2-166 at stumps on Thursday night.

The 22-year-old Victorian formed one half of Australia's most productive partnership of the series, a stand of 100 with Marnus Labuschagne, who will resume on Friday undefeated on 67 and eyeing a second straight SCG Test century.

Alongside the Queenslander is Steve Smith (31 not out), who after an indifferent beginning to the series shot out of the blocks on Thursday, appearing to rediscover his mojo.

The protagonist, though, was Pucovski. The newcomer lost his senior opening partner early on when a grimacing David Warner fell for five on his return from a groin injury. He was also not without luck throughout the day. India wicketkeeper Rishabh Pant dropped him twice within 20 minutes during the afternoon and the visitors also dropped the ball badly when given a golden opportunity to run the youngster out.

The short balls came his way, as they were inevitably going to given his history. But he showed an appetite to take them on and the temperament of a young player who knows he belongs.

"It was a pretty incredible experience," Pucovski said. "It meant everything to me to be honest. I've been putting in a lot of hard yards on and off the field, hopeful that this day would come, and it was a very special day."

Pucovski said the build-up to his first Test outing had been "surreal", having been all but pencilled in to play in Adelaide before sustaining the latest in a string of concussions in a warm-up game last month. He sought the opinion of a neurologist as late as Monday before being cleared to play.

"It's been a bit of rollercoaster, getting here about a month ago, then being to millions of different doctors, it feels like, trying to get a bit of clarity and a bit of an answer as to what the go was going forward," he said. "It has been a bit of a whirlwind but awesome to be here."

Pucovski said he had been reassured by the advice he received from concussion experts.

"I think when you get the information from doctors that things are going OK and there is nothing too much to worry about long-term at this stage, it makes it a lot easier for you just because you can relax a little bit and keep going through the process of coming back from these head knocks and working through different rehab exercises," he said.

"With your head, you don't want to risk it because you've got a long life after cricket and a long life after sport that you want to be fit and healthy for. I just sought some different opinions on what was going on and I was pretty satisfied that I'm in a pretty good place to continue and, even if I get hit again, it shouldn't be too much of an issue. Cross that bridge when we come to it."

Pucovski was not surprised by India's tactics to him. "I've been bounced non-stop in all cricket I've played, just with the history of concussion," he said.

"I sort of knew India would come at me pretty hard with it. I thought I handled it well at times and fell out of my bubble at times. But a lot of that comes down to the excitement of your first game."

Pucovski was put down on 26 and 32 by Pant, the first a relatively straightforward chance when the gloveman was standing up to the stumps to spinner Ravi Ashwin.

On the second occasion, the batsman walked halfway off the ground when Pant claimed an acrobatic catch on the second attempt after Pucovski had top edged a bouncer from Mohammed Siraj. He was called back, however, when replays showed the ball had touched the grass as Pant clutched at it with his gloves.