One of the by-products of being racially abused is the sense of loneliness.

Whether at school, with friends in a social situation or playing for a team, you never feel more isolated. Even within the confines of a safe space, it knocks you out of place.

It’s why, amid the debate about whether footballers should stay on or walk off when something is said from the crowd, the end result is almost obsolete. It’s not about the first or second stadium announcements, or even needing one at all. It’s about ensuring whatever action taken is taken as a collective.

When England’s players were subjected to racist abuse during last year’s Euro 2020 qualifier in Bulgaria, the well-meaning debate centered around what should have happened. But the best of what happened is that when England made their way to the sidelines, rallied and showed strength, they did it together. Racism is quelled by a collective, never the individual.

On Monday, New Zealand Cricket (NZC) announced that the fan who racially abused Jofra Archer during the recent England tour of New Zealand was banned. 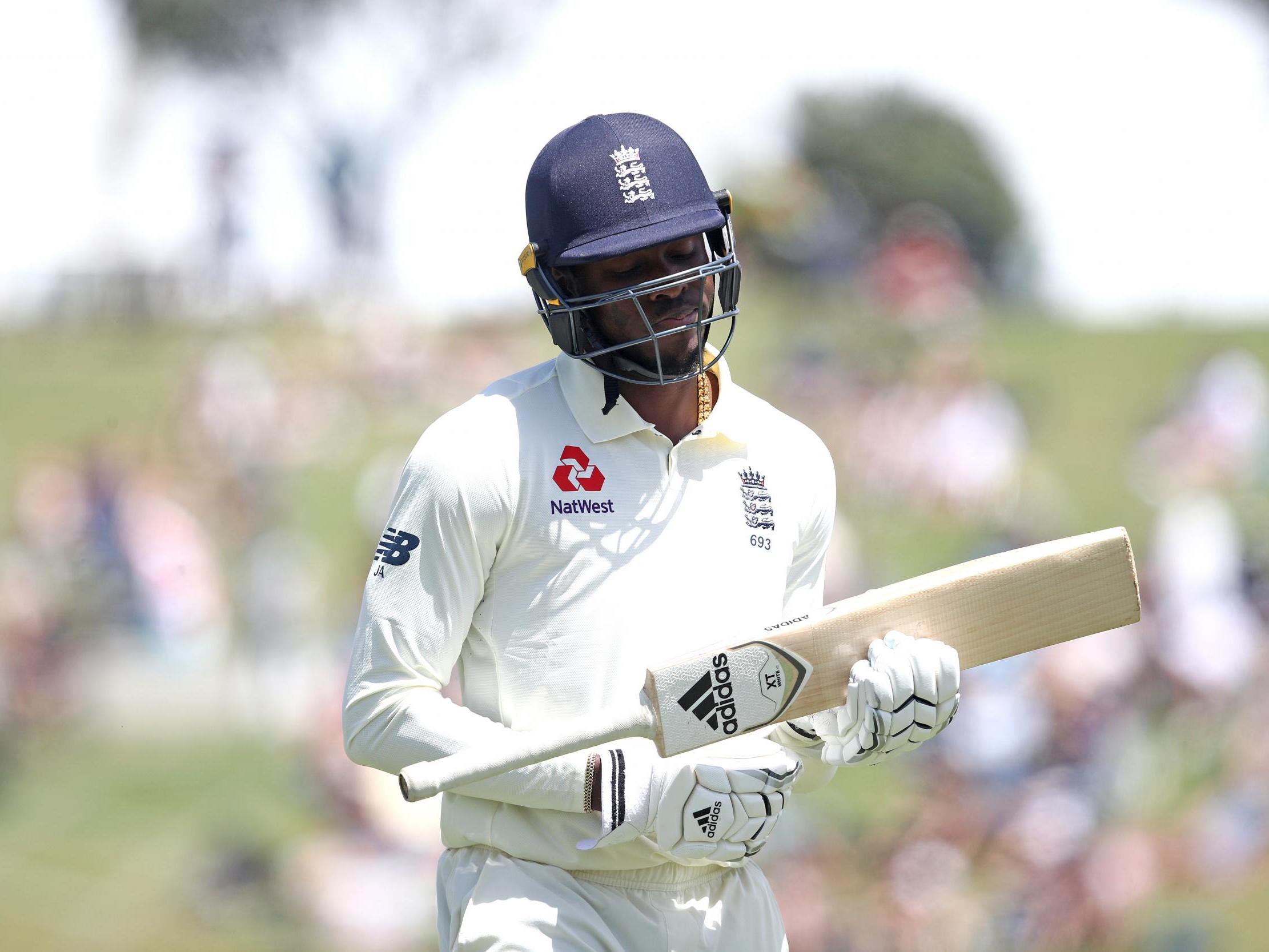 England are currently in Port Elizabeth, South Africa, sights set on the third of four Tests. The incident took place during the first of the New Zealand Tests, back in November. But, after a thorough investigation, NZC found and charged their fan.

The leniency of the punishment is striking: a two-year ban on international and domestic fixtures seems light for someone found to be in breach of a charge so serious. The man, aged 28 now, will be allowed back at 30.

But you combat racism by educating. If that happens to be through shaming, then so be it; to understand why so many find your remarks, whether deep-rooted or off-the-cuff, so abhorrent. Look inside each and every one of us and, for better or worse, one absolute is true – humiliation is the best teacher.

Perhaps this is where sport takes a different tact, for the right and wrong reasons. It is not the game’s responsibility to be judge or jury in such a situation. While further charges might be forthcoming for the guilty party – nothing has been suggested, as yet – those who attend sporting fixtures are products of environments, where those views are able to fester out in the open, but also exists a culture willing to drive the game to better places.

It is that same culture that backed Archer to the hilt during the World Cup and Ashes, who encouraged him through his time at Sussex, and cheers on our diverse range of English footballers ahead of a Euro 2020. We are what we are as sports fans through our own strained eyes: a majority who see red and blue before black and white. It’s a fickle fallacy but is also the reason race hate is so easily extinguishable at this level.

On another level, it is why English cricket, and specifically this England cricket team, need to take this as more than a random occurrence and appreciate the toll it might have on the individual. And perhaps even use it to hold him closer. 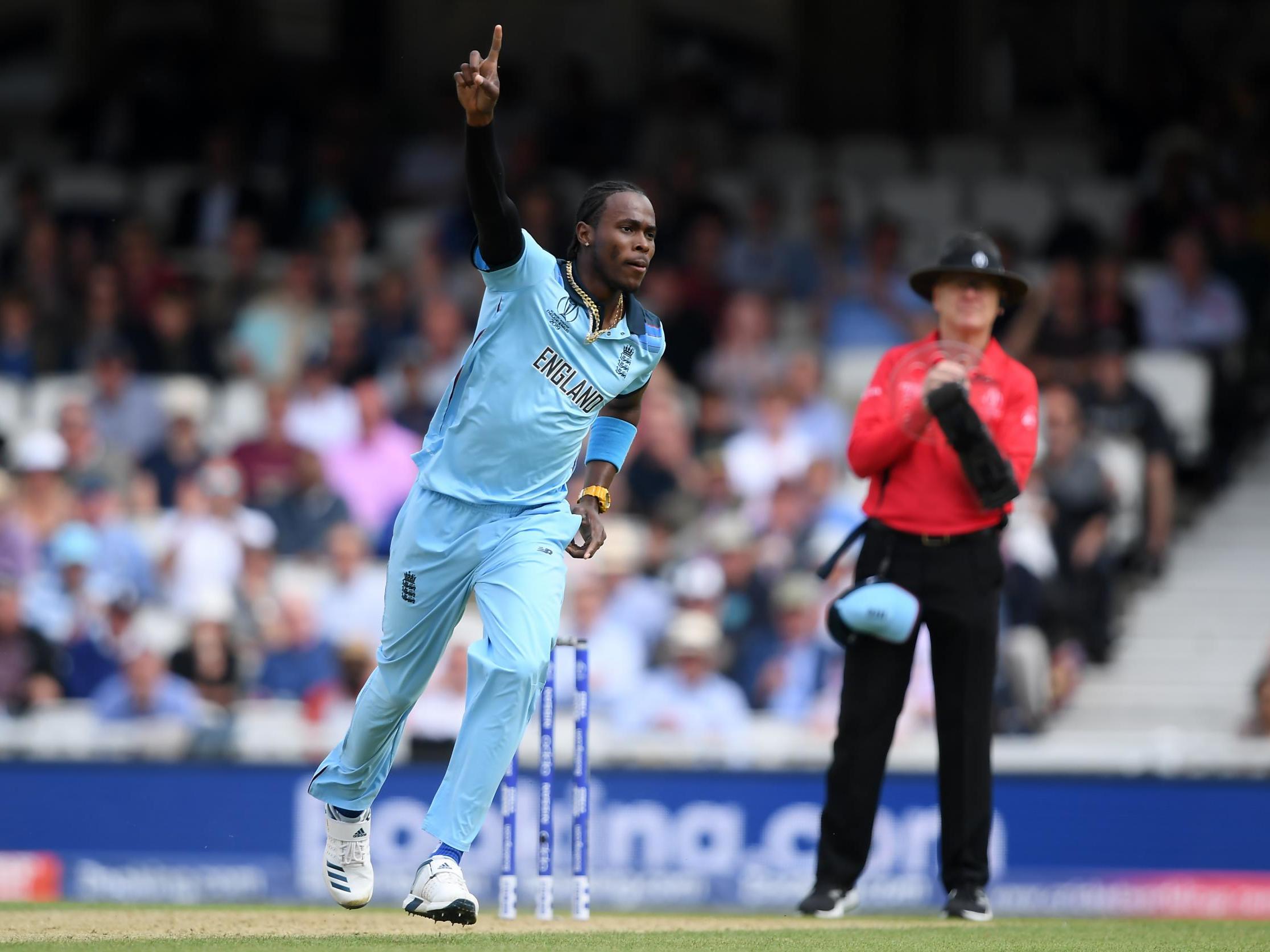 For Archer is as much a Test player as he is a Bajan kid plucked out of one way of life and thrust into a world that puts him in the firing line for comments like this. There are six players younger than him in the squad out in South Africa but Archer, at 24, is the most childlike in his uncertainty of where he stands. He spends as much time in Barbados as he does seeking those comforts of home within the UK.

Factor in Test cricket’s unforgiving environment and you have a person trying to find their feet while exposed to the worst of traditional cricket’s fans and tropes. Even just last week a member in the pavilion at Newlands during the second Test saw it fit to call Temba Bavuma, a black batsman on the periphery of the South Africa squad who has become a reluctant beacon for the nation’s difficult transformation debate, a c**n.

When Archer struck the best batsman of a generation in the neck and was subjected to torrents of abuse, some of it obviously racist, some of it coded in easily decipherable language. His natural disposition is seen as “typical” of someone born and raised in the Caribbean, which invariably comes with mention of “poor body language”. His hair was described over the summer as “complicated”. his chains, apparently, worthy of pontification.

England themselves are trying to get to grips with Archer in very sincere ways, ranging from how to captain him, sorting out his diet and his general life patterns. These teething problems – some trivial, others not so, but most rooted in cultural differences – are a nod to how the system struggles to deal with different personality types.

Archer is not a guy who came through the private school system or through an ECB pathway. He was never dubbed an FEC (Future England Captain) or earmarked for glory so young. He was picked for a skill that convenienced England at that time. Had 2019 not been a World Cup or Ashes year, he might not have been thrust into this environment so soon. He is no cookie-cutter cricketer, and it speaks volumes that nor are those he is closest to within the set-up such as childhood friend Chris Jordan, Ben Stokes, Tom Curran, Adil Rashid and Moeen Ali.

There’s also a wider point to be made here that if the ECB are going to continue to take talent from overseas, their duty is to not simply throw them blindly into an XI but provide adequate support and empathy for them as individuals. It is as much about insulating them from xenophobia as it is about cushioning them from the jolts of geographical and societal change.

It must be said, too, that Archer is at a juncture where he should do more: meeting the team standards for fitness, taking his batting seriously as someone whose six professional fifties came in his first two seasons of first-class cricket, in which he averaged 37.8, and even deal with the media better. Taking the responsibilities of being an international sportsman seriously. There are compromises to be made on both sides.

The NZC’s ruling, justice in some form, may provide Archer with comfort. Of confirmation of wider awareness in this sphere and not to think being subjected to such abuse on his first overseas tour as an Englishman is part of the norm. That he can move on knowing this top tier of sport might be a safer haven than it has been made to feel already in a career just seven Tests old.

Racism tries to isolate you, and whether Archer gets the nod in South Africa for the third or fourth Test, the most important takeaway is that as a Bajan, Englishman and Test cricketer, he is not alone.

Yuvraj Singh IPL salary: How much is Mumbai Indians star getting paid?