Former England coach Trevor Bayliss says Ben Stokes’ late Ashes inclusion is a “massive bonus” for the tourists but believes the blueprint to beating Australia lies with their bowlers being consistent on flatter pitches.

That is unless wet weather, caused by La Nina, swings the pendulum in England’s favour, according to Bayliss.

The Australian-born coach will keep a close eye on the Ashes this summer while he looks after the Sydney Thunder in the Big Bash, which begins on Sunday with the Sydney Sixers hosting the Melbourne Stars at the SCG.

Bayliss coached England to an upset Ashes series win at home in 2015, before losing 4-0 on Australian shores in 2017-18. He stood down after the drawn 2019 Ashes series in England, when Australia retained the urn.

Stokes, who made an earlier than expected return from a finger injury and bubble burnout, is set to feature prominently in the upcoming series after missing all five Tests in 2017-18.

Bayliss said Stokes’ leadership and “never-say-die” attitude, as seen during his brilliant century in England’s 2019 Headingley victory, could prove crucial this series. 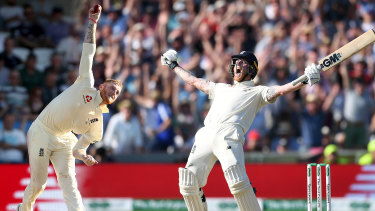 Ben Stokes was a hero for England with bat and ball at Headingley in the 2019 Ashes series.Credit:Getty, Getty

“[It is] a massive bonus for him to be available [given he was] not here in the last one,” Bayliss said before the Thunder’s first match on Monday against the Brisbane Heat. “It’s not just his batting, bowling or fielding, he is one of those guys who is a leader within the group. He’s a very positive influence on the group.

“There were times when he didn’t play because of injury in England and the team felt his loss when he wasn’t there. When he plays, he certainly is able to drag a lot more of the players along with him. He’s got a never-say-die attitude … I’m quite sure they’ll be happy to have him.

“I’m sure it’ll be a very competitive series.”

Australia are heavy favourites to retain the urn against England, who have won just one series outright in Australia since 1978-79.

Bayliss offered this advice when quizzed on how to beat Australia.

“The England bowlers will have to come up with something a little different,” he said. “If you stray off line here in Australia, you can get hurt. So it’ll probably revolve around … being nice and accurate and consistent; not giving a lot away and building pressure that way.

“At home, the ball moves a lot more than it does here in Australia. It brings their pace bowlers into it that are used to playing those conditions. Then in Australia, the ball probably doesn’t move quite as much.”

With Australia and England’s latest practice matches both likely cancelled due to wet Brisbane weather, Bayliss suggested a rainy summer, which has been predicted, could benefit the tourists. 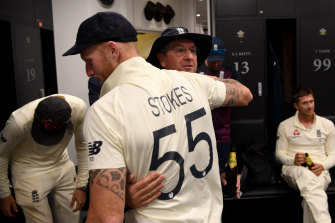 Trevor Bayliss and Ben Stokes during their time together in the England set-up in 2019.Credit:Getty

“It’ll be interesting to see if that makes a little difference,” Bayliss said. “Does the ball move around a bit more or swing a bit more or are the wickets going to have a bit more in them because of the weather? All those things we’ll all learn in that first Test in Brisbane.”

Bayliss nominated Ollie Robinson and Chris Woakes as England’s best third-seam options behind James Anderson and Stuart Broad, given Jofra Archer is not in Australia.

The former NSW coach praised Australia’s pace trio of Pat Cummins, Josh Hazlewood and Mitchell Starc, but said England showed enough fight on their last tour to Australia to show they could be in the contest.

“As we saw on the last tour, they might have lost 4-0, but on different occasions they showed they could score runs against that attack,” Bayliss said. “It’s that consistency and doing it Test after Test, which I’m sure they’ll be looking for.”

Bayliss, who has previously coached the Sixers, met most of his Thunder players for the first time on Tuesday before the team’s first match in Canberra on Monday.

The Thunder have won one Big Bash title in 10 seasons. 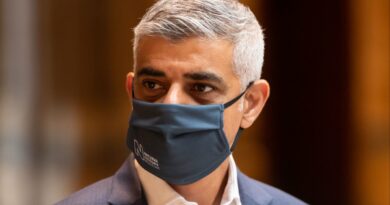 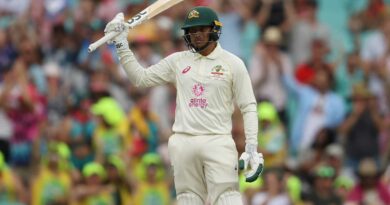