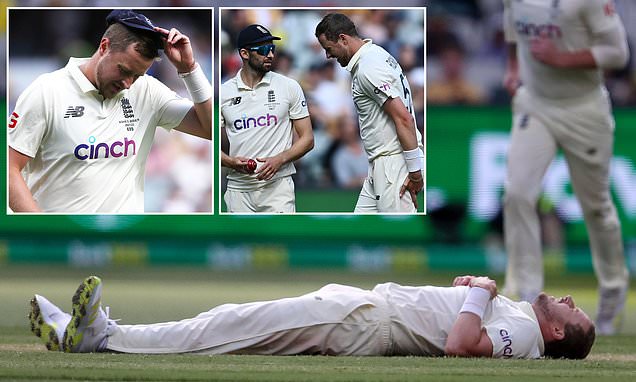 England’s miserable Ashes tour Down Under went from bad to worse on day two of the third Test when Ollie Robinson pulled up with a left hamstring injury.

Robinson was forced off mid-over at the MCG when he appeared to tweak the problem after he generated a caught-and-bowled chance, which he put down.

He tried to send down the next ball after stretching but could not complete his delivery stride and left the field immediately. 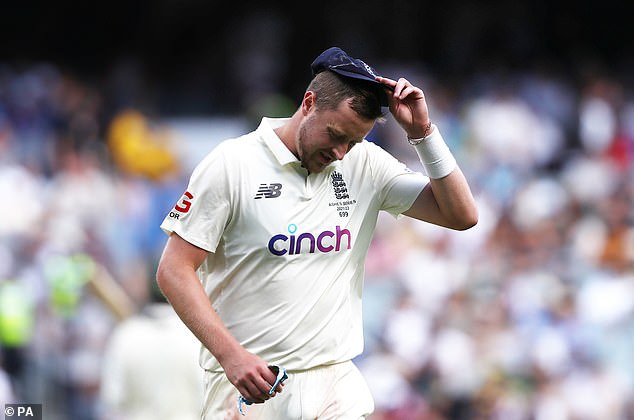 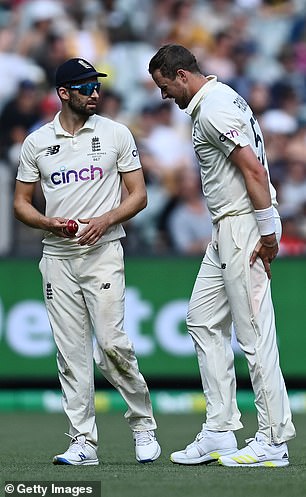 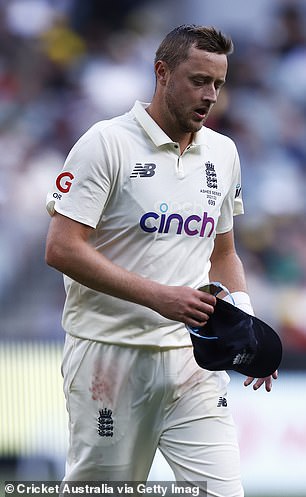 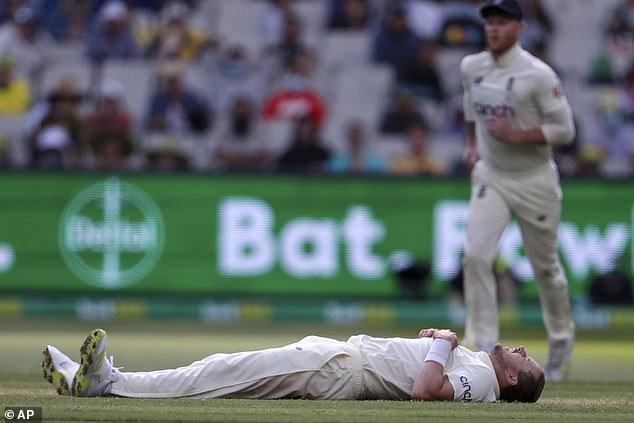 Robinson departed for treatment with Australia 245-8 as Ben Stokes completed the rest of the over by bowling the remaining four deliveries.

However, despite the apparent setback, Robinson was soon cleared to return to action to the relief of captain Joe Root.

The 28-year-old was even able to bowl once more as the right-arm seamer then fired down another three overs for the struggling tourists.

Robinson finished with first innings figures of two wickets at 64 runs off 19.2 overs bowled as England dismissed Australia for 267 all out – giving the hosts a lead of 82. 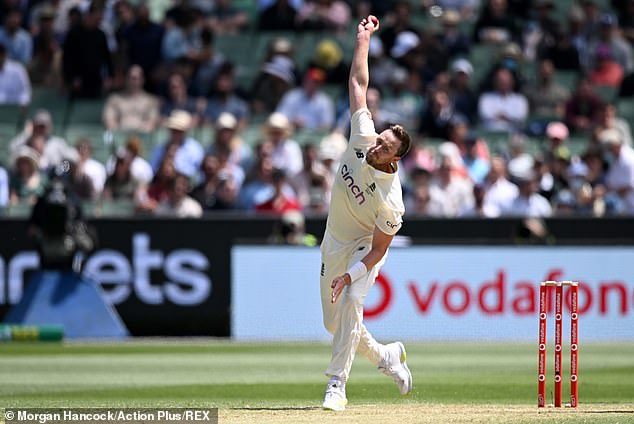 However, the England seamer did later returned to action and bowled a further three overs

Ashes quiz: How well do you remember Stokes’ Headingley Test?