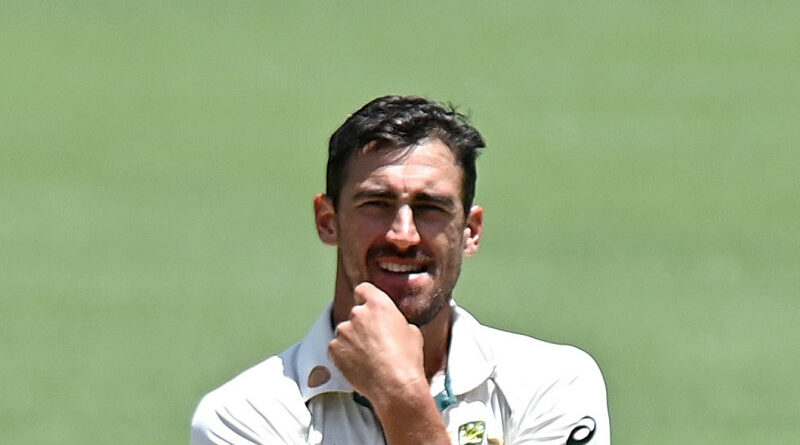 When George Bailey and his selection panel run the fine-tooth comb over the numbers, the inescapable truth that will emerge is that Mitchell Starc and Josh Hazlewood cannot play every Ashes Test.

The Australians were burnt last summer when a weary attack that had gone unchanged through four Tests ran out of gas against India. Bailey and co do not need to be Einstein to understand the insanity in expecting different results with the same formula for an even longer series.

Cricket Australia pulled off a minor medical miracle in getting the same pace attack through the Ashes whitewash of 2013-14, which lasted 21 days, but their task is even more difficult with Australia’s first choice combination coming off a preparation dominated by Twenty20. The same attack in 2017-18 was physically drained after playing through all 25 days.

None of Pat Cummins, Hazlewood or Starc have played a first-class game since April. Their only red-ball match practice will come in a three-day game in a fortnight in which their workloads will be governed by how many overs they can clock during quarantine.

Selectors were astute in mapping out a program for their quicks in 2019 and will need a similar plan this time.

As tempting as it will be for selectors to unleash all three of Cummins, Starc, Hazlewood in a shock and awe blitz on England at the Gabba, there is no need. Discretion is the better part of valour. 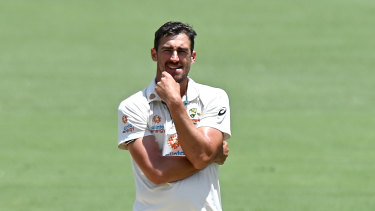 The same can be achieved by giving a match-hardened Jhye Richardson the chance to cut his Ashes stripes at a venue where he made a commanding Test debut in 2019 and was so destructive in the Shield two weeks ago.

Bailey, too, is a fan of Richardson, having seen him knock over Marnus Labuschagne and Joe Burns in a searching spell in that game.

The bonus of playing Richardson first up is the extra week it would give pink-ball maestro Starc to prepare for the day-night Test in Adelaide.

Starc has historically not been a fan of rotation, having had his Boxing Day dream taken from him by Mickey Arthur as a youngster. He was also limited to just the one Test in 2019, when Australia retained the urn for the first time in England in 18 years.

There is, however, enough body of evidence which shows Starc performs best when fresh. Starc averages 24 in the first Test of a series but that figure blows out to 37 and 53 by games four and five respectively. Hazlewood, too, tails off, from a start of under 22 to 35 and 47.

Given the MCG and the SCG are Starc’s two least favourite venues statistically, there must be tremendous thought given to saving Starc for Adelaide and Perth, though an early finish in Adelaide and a more lively pitch in Melbourne would play in his favour for a Boxing Day appearance.

“There’s enough data and analytics around which bowlers perform well at certain grounds and how they all match up together,” Bailey said. “There’s a whole raft of things that go into that as well.

“Fast bowling is physically challenging and there’s so many different factors that come in to what you’re trying to put together when you put a bowling group together. It can only take one or two things to shift and it can have a flow on effect how everything else looks as well.”

Selectors have picked a squad for the here and now. If Usman Khawaja gets the nod for the first Test, seven of the 11 will be 30 or over, and only one under 27.

It is as much a recognition that the Ashes is no place to blood a newbie as it is a reflection of the dearth of readymade young talent in the country.