Home » Сricket » Seventy balls that summed up the Ashes series 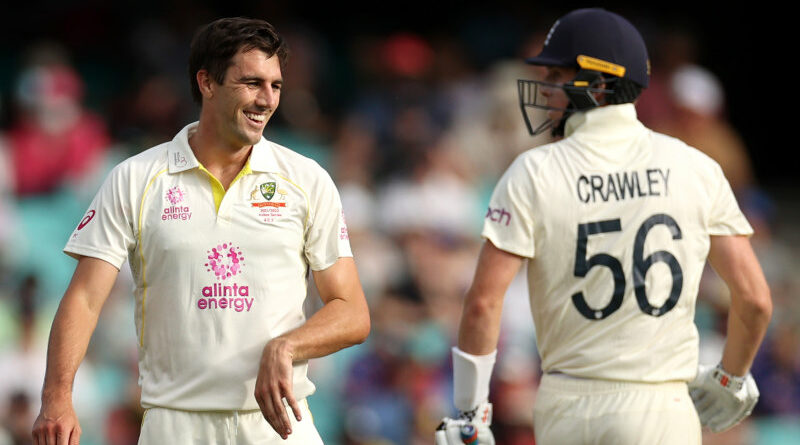 Some series, in which one opponent completely dominates another, have a signal sequence in which the underlying reason for the gap between the sides is brought into high-definition focus.

In 2010-11, England’s razing of Australia for 98 on Boxing Day brooked no argument as to the space between the teams of Andrew Strauss and Ricky Ponting; in 2013-14, Mitchell Johnson’s destruction of Jonathan Trott on the second morning of the series set the tone for all that followed it. 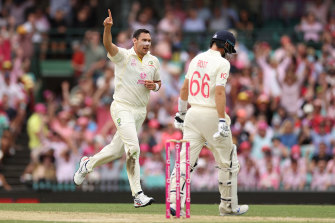 This time around, there are a few moments that will vie for position. Perhaps it was the first of them all, when Mitchell Starc swung his opening delivery behind the jerky pre-delivery trigger moves of Rory Burns to hit the leg stump. Or maybe it was Scott Boland’s blink-or-you’ll-miss-it destruction of England’s second innings at the MCG.

In Sydney, Pat Cummins’ relentless Australians provided another interlude that illustrated how ready they were for the rigours of a difficult Test series, only to be confronted by an England combination that has never looked close to that sort of level.

On the third morning, after rain delayed the start of Jane McGrath Day and all its pink commemorations, Cummins, Starc, Cameron Green and Boland combined to keep England scoreless for 70 consecutive balls, during which time they claimed three top order wickets.

Break that 70 balls down a little more, and you find that 58 of those 70 deliveries were bowled not by Cummins and Starc, the captain of the side and the outstanding fast bowler of the series respectively. Instead, they were delivered by the all-rounder Green and the reinforcement Boland.

Nothing sums up the yawning distance between England and Australia in the summer of 2021-22, nor the state of grace into which Cummins has managed to drag the side after he assumed the captaincy in the wake of Tim Paine, than the breadth of contributions to the series.

Where Australia’s recent successes have tended to be based upon outstanding individual displays, whether that be Steve Smith’s remarkable 2019 Ashes series, the dominant displays of David Warner and Marnus Labuschagne against Pakistan and New Zealand, this season has differed.

In lifting the Twenty20 World Cup with Cummins as deputy to the white ball skipper Aaron Finch, a spread of influential displays across each match meant that the victory celebrations (and novelty snow goggles) were shared evenly across the squad. T Matthew Wade and Marcus Stoinis played two of the most vital innings, and the bowler of the tournament was Adam Zampa.

In the Ashes, all of Warner, Marcus Harris, Labuschagne, Smith and Travis Head have performed with the bat when most required. Usman Khawaja’s century upon his recall, in front of an enraptured SCG, underlined an atmosphere in which inclusions to the team felt at ease with themselves and their games.

The same can be said of all the bowlers used, a far larger contingent than was required during the corresponding Ashes summer four years ago. Josh Hazlewood bowled brilliantly in the first Test before his side strain, starting to build pressure on Joe Root in particular.

Jhye Richardson and Michael Neser contributed soundly in Adelaide, when the match was won without either Cummins or Hazlewood. Boland then arrived to hammer home the Australian advantage at the MCG, nipping the ball about in a way many Sheffield Shield opponents were familiar with.

All the while Green has compensated for some batting failures by bowling fast, straight and with more than enough lift and sideways movement to trouble anyone. It’s added up to a formula that could hold England scoreless for almost 12 overs in a first innings on a fast scoring ground – hardly the fourth innings holdout for a draw where such instances most often come up.

Before the series, Cummins told The Good Weekend about the sort of environment he wanted to create, and why he felt that was much more likely to bring an improved performance from the Australian side than anything else.

“The non-negotiable is that we want to bring a range of diverse thinking and people together,” he said. “At times that’s been squandered, or you’ve got 30 alpha males on a tour, so there’s going to be times when someone doesn’t fit that kind of mould, and they might feel ostracised.

“If we’ve got a young guy who’s come into the side, I don’t think senior players or coaches changing his technique and telling him exactly how to bowl or bat are going to have as much of a positive impact as if he feels welcome, and he’s encouraged to do all the things that got him there.

“If we can relieve a little bit of that pressure everyone feels playing professional sport in front of millions of people, that’s where the biggest value is to be had.“

For 70 balls at the SCG on Friday, Starc, Cummins, Green and Boland were very much in a zone where they were simply doing what they do, free from any distractions beyond the task at hand and completely at ease with the team of which they are a part. It was a mesmerising 11.4 overs – but nothing less than they deserved. 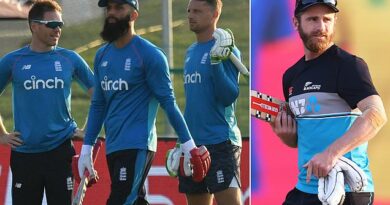 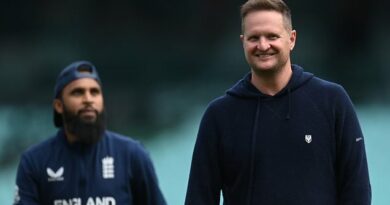