Shai Hope scored an inspired unbeaten century and struck the final ball for a four to earn West Indies a nail-biting tie with India in the second one-day international on Wednesday, souring the day for milestone man Virat Kohli.

India captain Kohli became the fastest batsman to reach 10,000 runs in ODIs as he scored a second consecutive century against the touring side earlier in the day at Visakhapatnam.

Following up on his 140 in the opening match in Guwahati, Kohli remained unbeaten on 157 for his 37th ODI hundred and took his side to 321-6 in their 50 overs, after the hosts won the toss and opted to bat. 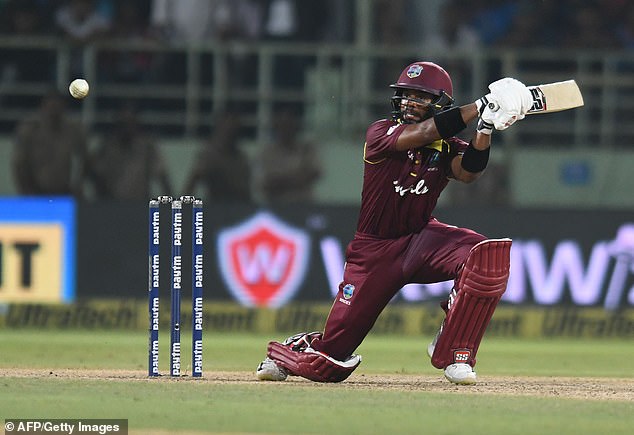 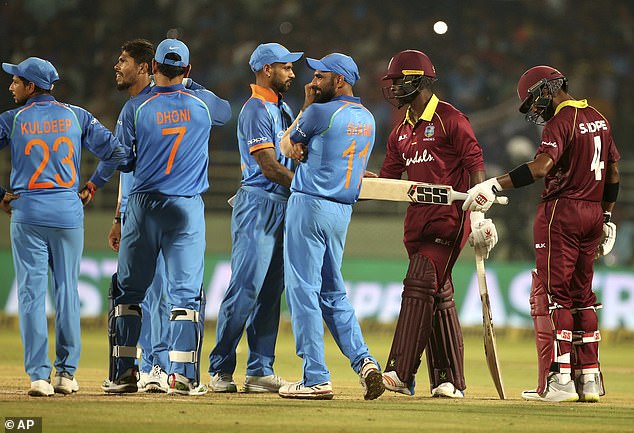 But Hope’s unbeaten 123 and a 94 off 64 balls from Shimron Hetmyer put the Caribbean side in reach of the target before India pulled it back with some tight overs from their spinners. The duo added 143 after their side had been reduced to 78-3.

West Indies required 66 from the last 12 overs and appeared comfortably placed to tie the series at 1-1 but ended up needing 14 off fast bowler Umesh Yadav’s final over and then five with the final delivery.

Hope managed to hit his 10th four just beyond the reach of the fielder patrolling the deep third man boundary to take his side to 321-7 and leave the match tied. The right-hander also hit three sixes in his 134-ball knock. 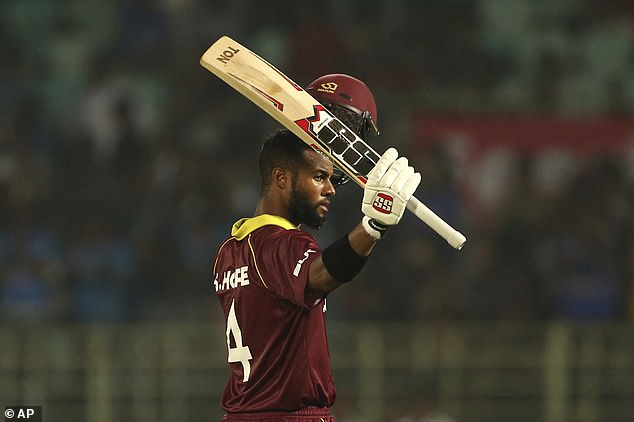 Hope acknowledges the applauding crowd after reaching his century in Visakhapatnam, India 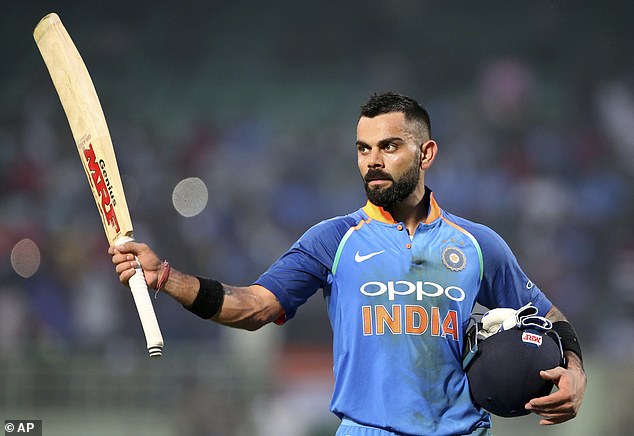 Left-arm wrist spinner Kuldeep Yadav was the most successful bowler for India with 3-67.

Kohli broke the record of compatriot and batting great Sachin Tendulkar, who had reached the milestone in 259 innings. Indian captain Kohli took only 205, becoming the 13th cricketer to reach 10,000 runs.

Kohli and Ambati Rayudu, who made 73, added 139 for the third wicket after the hosts had lost openers Rohit Sharma and Shikhar Dhawan early.

Kohli, who will turn 30 next month, was dropped on 44 by West Indies captain Jason Holder off debutant seamer Obed McCoy and made the touring side pay by hitting 13 fours and four sixes in his 129-ball knock.

India added 54 in the last four over as Kohli tore into the West Indies bowlers, belting 48 runs off the last 17 balls he faced. 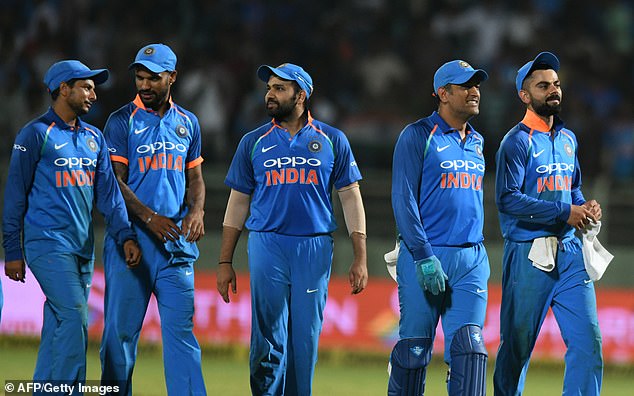 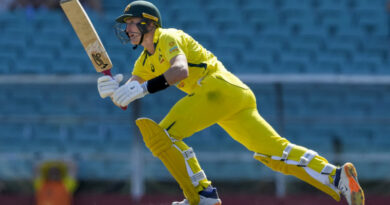 When a dead rubber lives: Labuschagne strives for a faster tempo for MCG ODI