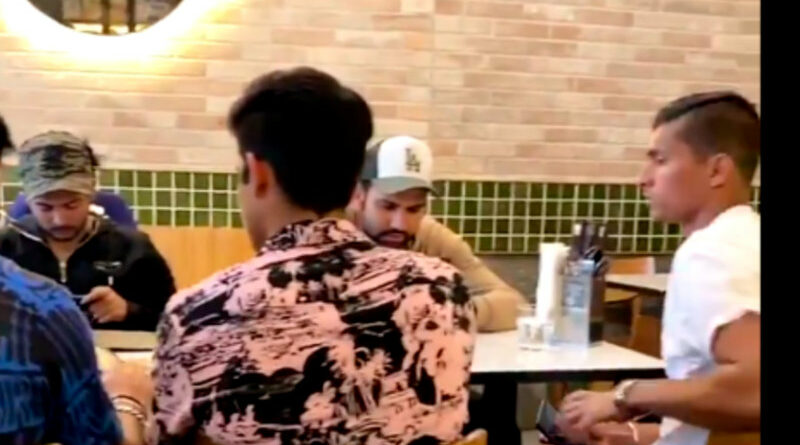 The five players at the centre of a potential bubble breach are expected to be available to play in the Sydney Test, despite an ongoing investigation by the Indian board.

It was almost business as usual for Team India on Sunday as they worked around the additional logistical inconvenience of having five of their players required to maintain distance from teammates. 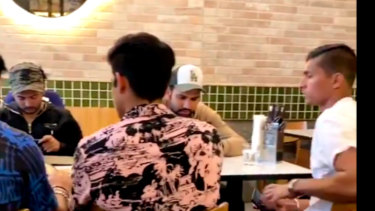 India players eating at a restaurant in Melbourne, seemingly in breach of their biosecure bubble.Credit:Twitter

India captain Virat Kohli and limited-overs all-rounder Hardik Pandya were pictured at a shop in Sydney in early December during the white-ball leg of the tour.

The Herald saw an Indian player return to the team's hotel on Sunday carrying a shopping bag. A staff member at a boutique store at Melbourne's Chadstone Shopping Centre told the Herald on Sunday they saw several of the five Indian players under investigation in their store on New Year's Day. Players were also pictured carrying shopping bags on social media.

Players are permitted to go shopping as long as the click and collect option is used.

The Board of Control for Cricket in India is expected to take a pragmatic approach should it find the quintet had breached the biosecurity protocols, given three of the five players – Rohit Sharma, Shubman Gill and Rishabh Pant – are in India's best available XI.

The players can still fly to Sydney with the team on Monday but must remain socially distanced.

Even if their rules are found to have been broken, Cricket Australia is not in a position to impose any sanctions on the players as they are not their employees.

There was a precedent in the Big Bash League when Brisbane Heat pair Chris Lynn and Dan Lawrence were able to play the next game despite being found guilty of contravening competition guidelines.

The alleged breach by the Indian five is considered on the low end. CA's rules have been set partly to protect players from contracting the virus in the community and spreading it within the team, but also to minimise the chances of them becoming a close contact of any person who was to later test positive, which would jeopardise their ability to travel interstate in the event of border closures.