Steve Smith marked his return from concussion by starring with the bat to give his Indian Premier League franchise a first-up win.

Ruled out of Australia's one-day international series against England, the superstar batsman whacked 69 off 47 balls at the top of the order against MS Dhoni's Chennai Super Kings. His knock included four sixes, making a mockery of his reputation as a player who does not have the power to clear the rope. 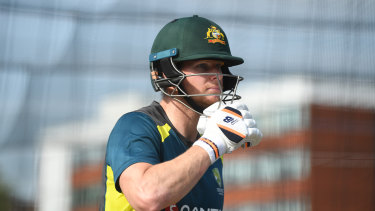 Steve Smith returned from concussion overnight, hitting a half-century in the IPL.Credit:Getty Images

Samson claimed player of the match honours with a whirlwind 74 off 32 balls, which included nine sixes.

Smith's performance underlines the embarrassment of riches Australia have in the top order in the T20 format.

Smith bats predominantly at No.3 in T20s for Australia, behind Aaron Finch and David Warner, but is opening the batting for the Royals, who are coached by Andrew McDonald – national coach Justin Langer's senior assistant.

England in South Africa: Ollie Pope is recovered and ready for second Test