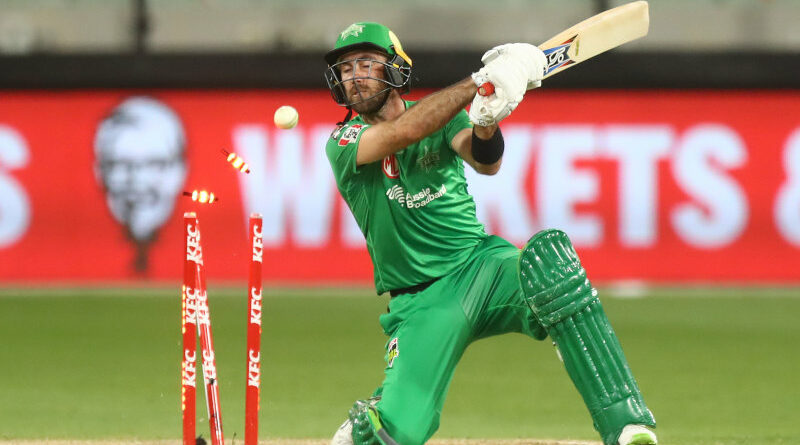 Dan Christian sealed the deal on January 26 as the Melbourne Stars missed the Big Bash League finals for just the second time in their 10-year history after being unable to claim a bonus point against the Sydney Sixers.

The Melbourne Renegades’ win over the Hobart Hurricanes earlier on Tuesday had kept the Stars’ chances of making the finals alive, but to do so they would need to claim all four available points against the Sixers at the MCG on Tuesday night in what was the last regular season match of the season. 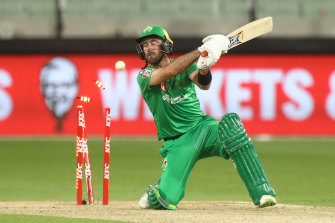 Glenn Maxwell scored an impressive 66 but his Melbourne Stars have missed the Big Bash finals.Credit:Getty Images

Sent in by the Sixers, the Stars were 3-72 after 10 overs of their innings before accelerating to 6-177 from their 20. But the Sixers only needed one point from the match to secure top spot on the ladder and avoid a first-up finals trip to Perth to face the Scorchers.

Having fallen to 2-10 in the second over, the Sixers steadied via their third wicket pairing of James Vince and Moises Henriques.

The Sixers reached the “Bash Boost” target of 73 in eight overs and with eight wickets in hand, eliminating the Stars from the tournament and ensuring the Adelaide Strikers lived to fight another day.

Days after lashing out at the Prime Minister over the Australia Day name issue, Dan Christian ultimately had the final say on Tuesday night, smacking 49 not out – including the match-sealing boundary – from 23 balls as the Sixers claimed all four points by winning the match itself by five wickets and with one ball to spare. 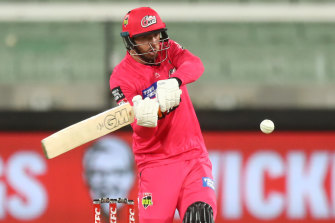 The Strikers are headed for an elimination final date with the Brisbane Heat, while the Sixers will face the Scorchers in a qualifying final in Canberra. Both sides have a double chance.

Sydney Thunder, who ended the regular season in third, await the winners of the Heat-Strikers match. The Thunder will also host their first final at Manuka Oval but both Sydney clubs would ideally like to play in Sydney by season’s end.

The Stars – runners-up in both of the last two seasons – had only previously missed the finals three years ago, a season in which they finished last on the ladder. This is the first time both Victorian clubs have missed the finals.

Stars captain Glenn Maxwell had endured a lean back half of the season but he found form on Tuesday night. Maxwell tonked his way to 66 from 41 balls, playing with customary abandon. Most breathtaking was a reverse sweep off Carlos Brathwaite which raced away to the third man boundary. Sean Abbott finally broke through in the 18th over as Maxwell edged a full toss back onto his stumps, bringing to an end a terrific knock. Even in the field, Maxwell stayed in the game. His decision to open the bowling with Sam Rainbird bore fruit as danger man Josh Philippe edged to Billy Stanlake at short third man off just the fifth ball of the chase. Maxwell then took an outstanding chance, running back with the flight of the ball to third man to send Daniel Hughes packing off Stanlake’s bowling for three.

Hilton Cartwright had played second fiddle in his partnership with Maxwell, who had looked to control the strike. But the shoe was on the other foot later in the Stars’ innings as Cartwright let loose. Jake Ball, substituted into the game for Jackson Bird, copped it heavily, conceding three sixes in the final over. The last of which, from the final ball of the innings, soared into the second tier of the Olympic Stand at deep backward square leg. Cartwright finished with 38 not out from 19 balls.

PLENTY IN A NAME

The Australia Day name controversy raged on in cricket circles on Tuesday. The Stars, whose commercial boss Nick Cummins had said the club wanted to engage a wide range of stakeholders before abandoning the Australia Day term, marketed the day as “Aussie Broadband Day” to recognise their major sponsors.