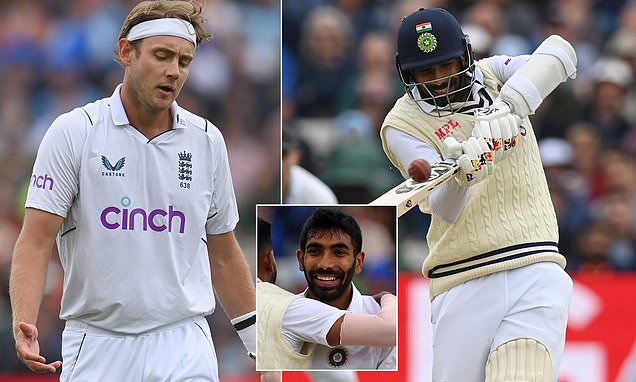 England would have hoped to wrap up the India first innings quickly on Saturday morning for not too many more runs.

But India captain Jasprit Bumrah had other ideas when he annihilated Stuart Broad, sending him for 35 runs in a single over.

It is the most expensive over in Test cricket history. Of those runs, 29 were attributed to Bumrah himself while six more came as extras. 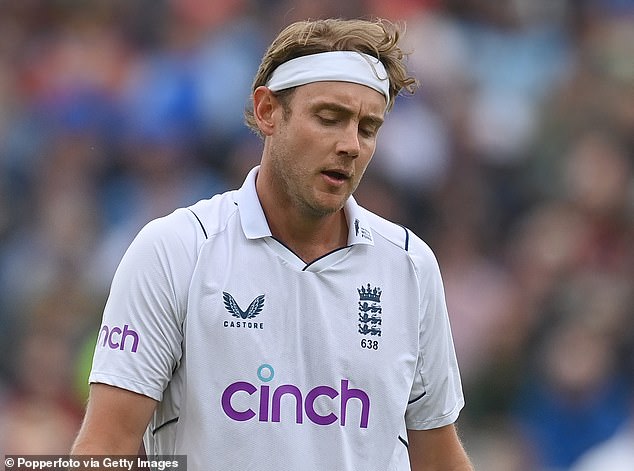 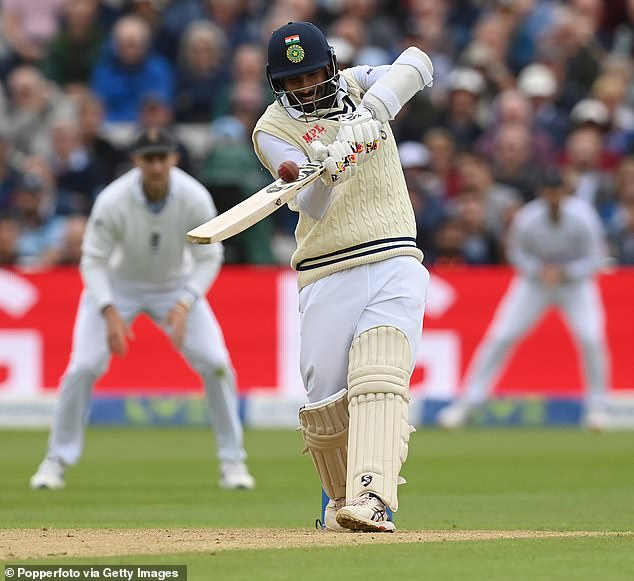 England were frustrated enough by India putting on lots of runs in the morning before Bumrah’s antics, but Broad’s nightmare put the icing on the cake.

The seamer, who has 550 Test wickets to his name, ended up bowling an eight-ball over and surely the worst of his illustrious England career.

Rubbing mountains of salt into the wound is that Broad’s demolition wasn’t carried out by one of India’s many elite batsmen, but by their No 10 and premiere fast bowler, who gleefully swung his bat at everything coming his way. 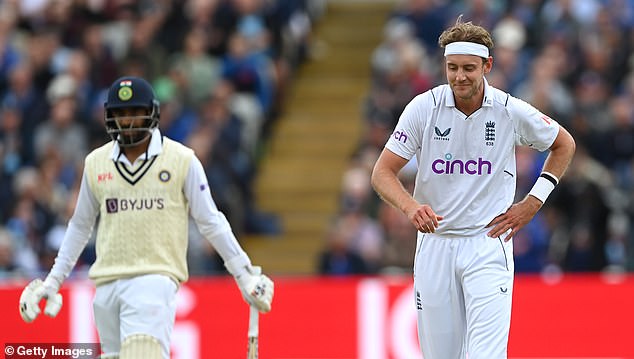 India tore England apart on the second day at Edgbaston, with Broad’s over lasting eight balls

Bumrah hooked Broad’s first ball of the over for four, with a huge top edge almost caught by Zak Crawley on the boundary but instead rolling to the rope.

The next ball was a bouncer that was deemed a wide, soared over wicketkeeper Sam Billings and went to the fence, costing five runs. The ball after was even worse, a no-ball that Bumrah swatted all the way over the rope, costing a further seven runs.

Broad changed tack and bowled fuller but it made no difference as the next three deliveries were each thrashed to various parts of the Edgbaston outfield for four. 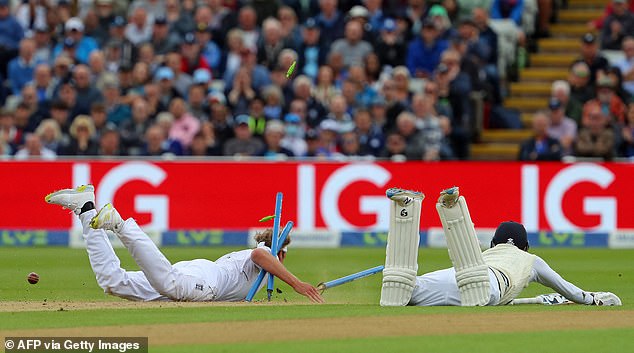 Bumrah then brought up the record that Broad never wanted by flaying a short ball over the boundary for six, and finally ended the punishment with a single of the final delivery in which Broad almost ran out India’s other batsman Mohammed Siraj.

Broad cleared the previous record of 28 runs in a Test over, held by South African spinner Robin Peterson, who was similarly destroyed by the West Indies in 2003.

Joint with Peterson is one of England’s all-time great and Broad’s longtime partner James Anderson, who also went for 28 in an over against Australia in 2013.

Broad seemingly decided to attack Bumrah with short balls, but the first was hooked for four just out of reach of boundary fielder Zak Crawley.

Bounced well out of reach of both Bumrah and wicketkeeper Sam Billings, the ball went to the boundary with a fifth run tacked on for the wide.

Bumrah top-edged another hook fine over Billings’ head for six, with a no-ball from Broad again spelling an extra run and leaving him with five deliveries still to bowl.

Broad finally delivered a second legitimate ball, but over-corrected aiming for a fuller length and saw a high full toss crashed down the ground and just short of the long-on boundary for four.

An inside edge past leg stump found the boundary once more and took India’s total past 400.

The most extraordinary shot of the lot, Bumrah again hooked through midwicket but lost his footing in the process and narrowly avoided kicking his stumps down. Television cameras captured Virat Kohli and others in hysterics on the India balcony.

Having already equalled the unwanted record of 28, Broad still had the two extra balls to bowl – the first of which was hooked for six more.

Bumrah kept the strike by digging out a yorker for a tip-and-run single. Broad attempted to run out Mohammed Siraj at the keeper’s end as both batters dived for their ground before, to his credit, helping Bumrah to his feet with a smile.

Broad avoided further punishment by taking the catch to remove last man Siraj in James Anderson’s next over. 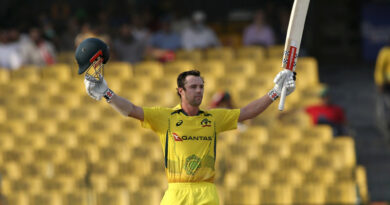 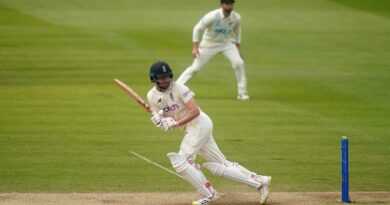 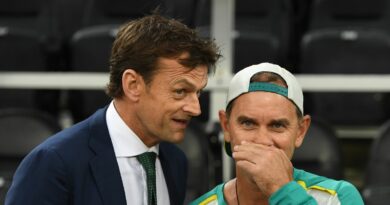