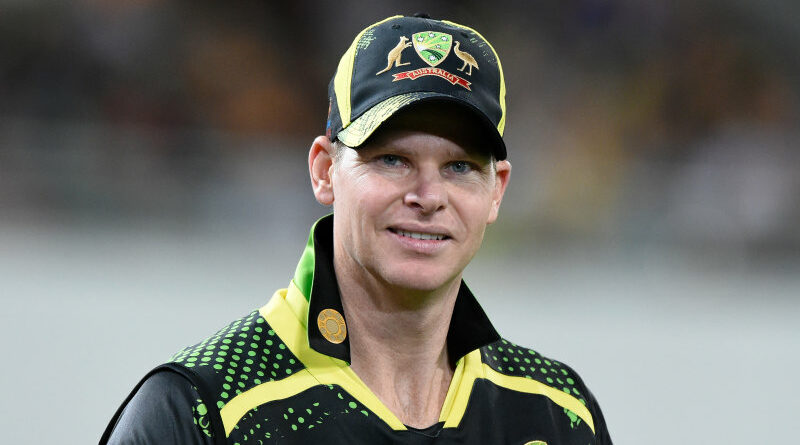 David Warner takes six from the first over of the game, bowled by paceman Fazal Farooqi.

It does not look the ball is coming onto the bat.

No Aaron Finch, no Tim David and no Mitchell Starc. Australia’s last throw of the dice against Afghanistan looks a world away from the formula tried to begin the tournament against New Zealand in Sydney.

Kane Richardson is a middle overs and death specialist, unlike new ball denizen Starc, while the hamstring injuries for Finch (who may have played his last international) and David mean Cam Green has been entrusted with giving Australia a fast start and Smith gets the chance to revive his T20 career in the No. 4 post.

Interestingly, Smith’s recall means Glenn Maxwell, Marcus Stoinis and stand-in captain Matthew Wade all slot back into the 5, 6, 7 positions they occupied during last year’s World Cup victory in the UAE.On a numbers basis, Australia will need to beat Afghanistan by more than 60 runs in order to go ahead of England on net run rate.

But they would also like a buffer above that to cover for the possibility of England beating Sri Lanka on Saturday. A winning margin of more than 100 runs would do that. It’s a tall order, even for someone like Green.

How Australia can guarantee qualification

Sorry to get your hopes up. They’ll have to win by about 184 runs to climb above New Zealand. You can write your own ticket with the bookies on that happening.

Australia will bat first after being sent in by Afghanistan.

There’s some drama at the selection table. Skipper Aaron Finch has been ruled out due to injury, as has T20 hitter Tim David, while Mitchell Starc has been dropped in a major shock.

Into the side are all-rounder Cameron Green, Steve Smith and Kane Richardson. Green is listed to open the batting, Smith is at No.4.

Matthew Wade is standing in as captain for the injured Finch. This could be Wade’s last game in Australian colours if they do not advance to the final four.

In a tournament hit hard by rain, I can safely say tonight’s game will not be affected by weather. The bureau says there’s only five per cent chance of rain. We should get the full 40 overs.

We’re just a few minutes away from the toss and teams. This will be particularly intriguing given the equation facing Australia.

Will they prefer batting first and knowing what to defend, or bowling first so they can adjust their chase accordingly?

Welcome to our coverage of Australia’s final Super 12 game against Afghanistan.

After New Zealand’s victory over Ireland just before, victory for Australia tonight is not enough to assure the host nation a spot in the semi-finals.

As much as we shouldn’t underestimate the much-improved Afghanistan, the big question tonight is whether Australia can win by enough to get their run rate above England’s to give the Old Enemy something to chase tomorrow night.

We’ll find out in a few hours. 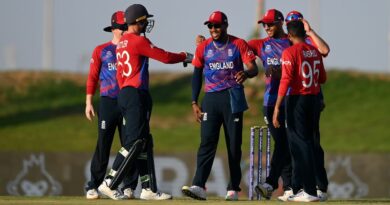