Home » Сricket » ‘The Legends’: How PM Morrison cosied up to Pat Cummins

Then prime minister Scott Morrison added Pat Cummins to a private WhatsApp group called “The Legends” with himself and former Australian coach Justin Langer after the fast bowler was named men’s Test captain in November 2021.

Morrison and Langer had previously also shared their own WhatsApp group with Cummins’ predecessor, Tim Paine. 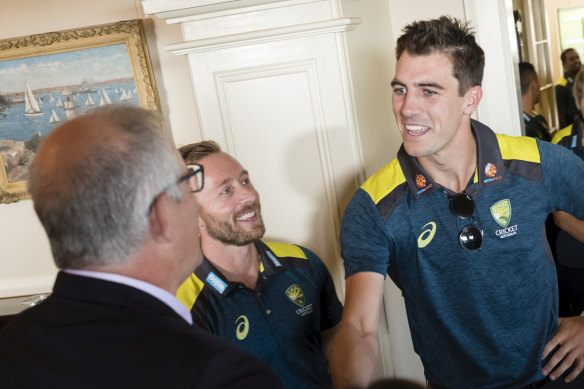 In a rare insight into the crossover of sporting and political power in Australia, a new Amazon documentary about the Australian men’s team captures the moment when Cummins, travelling in a car from training with Mitchell Starc ahead of the first Ashes Test against England in Brisbane, discovers Morrison has added him to the group.

It’s the latest episode in a series of interactions between Australian cricket captains and prime ministers that has lasted on and off for as long as the two offices have existed. Politicians have long sought proximity with, and reflected glory from, leading athletes.

Langer, who resigned as coach halfway through the filming of the documentary that covers Test series against England, Pakistan and Sri Lanka, had previously been approached by former prime minister John Howard and former Western Australia Liberal Party president Barry Court about entering politics.

For Cummins, the advent of the group was something of a surprise, and also a source of some unease since the group he was in with fellow Australian bowlers including Starc, Josh Hazlewood and Nathan Lyon had the same name. 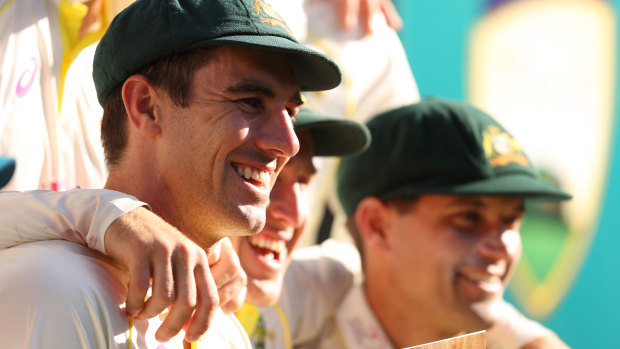 Cummins celebrates with his Test teammates after their series win over South Africa.Credit:Getty Images

“We were in the car driving home from training and the bowlers have a WhatsApp group called ‘The Legends’, which we named ourselves,” Cummins told The Age and The Sydney Morning Herald.

“Then I got added to ‘The Legends’ group, which was another one, by Scott Morrison, then prime minister, and I remember having a laugh with the boys thinking I’d better not send the wrong thing to the wrong group.

“I did once. I think it was a stat or a photo or a meme or something that came up and I sent it to the wrong group and I quickly had to delete it. Sorry PM.”

From that point, Cummins said that he received plenty of messages from Langer and Morrison on a daily basis.

“Just me, JL and the prime minister,” Cummins said. “I think Painey had one as well. It was busy as well, every day’s play there was a ‘good luck, go get ’em today’.”

Asked whether Morrison wanted any advice on areas like childcare, immigration or foreign policy, Cummins laughed. “Well, they never asked!” he said.

Cummins has faced criticism this season for his principled stance on climate change, including a preference for Cricket Australia to choose a different kind of team sponsor once the deal with Alinta expires. Athletes are often called to “keep politics out of sport”.

But he noted after the South Africa series that much of the noise around the team’s popularity or otherwise was not reflected in the crowds and broadcast audiences for the five home Test matches.

“At the start of the summer there was no real cricket to talk about, so that became the narrative,” he said. “I’ve been really proud with the group, there’s been two or three instances over the last 12 to 18 months where there’s been a bit of heat fired at the team.

“Every venue we’ve gone to, the crowds have been fantastic. Even in Sydney on the rainy days there’s been 20,000 people come here for a beer hoping to see some cricket.” 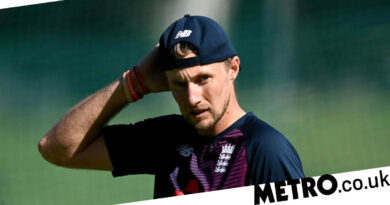