TOP SPIN AT THE TEST: England cruise to highest successful run chase… as Jonny Bairstow and Joe Root record the fourth-highest partnership in the fourth innings of a Test match

Jonny Bairstow and Joe Root both hit hundreds as England recorded a stunning seven-wicket victory over India in the re-arranged fifth Test.

Chasing 378 to win, England wasted little time in reaching their target in yet another superb performance under the new leadership team of Brendon McCullum and captain Ben Stokes.

England’s pursuit of 378 was their highest successful chase, beating 362 for nine (chasing 359) against Australia at Headingley in 2019. Only one other team have chased more to win a Test in England: Don Bradman’s 1948 Australian ‘Invincibles’ managed 404 for three. 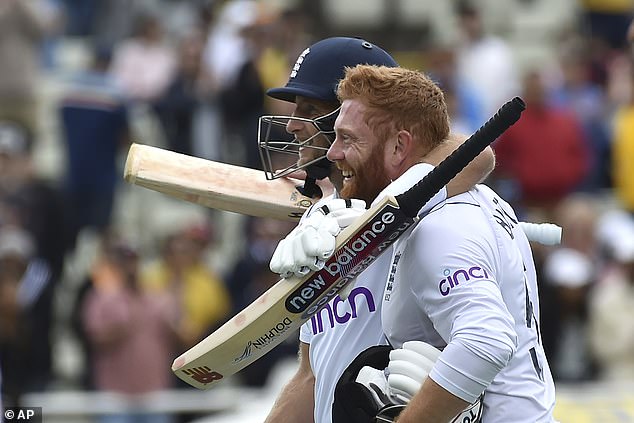 Four of England’s top 14 fourth-innings run chases have now come in successive Tests: 277, 299 and 296 against New Zealand, followed by this game against India.

Joe Root now has nine Test hundreds against India – more than anyone in the game’s history. He previously shared the record with Garry Sobers, Viv Richards, Ricky Ponting and Steve Smith. 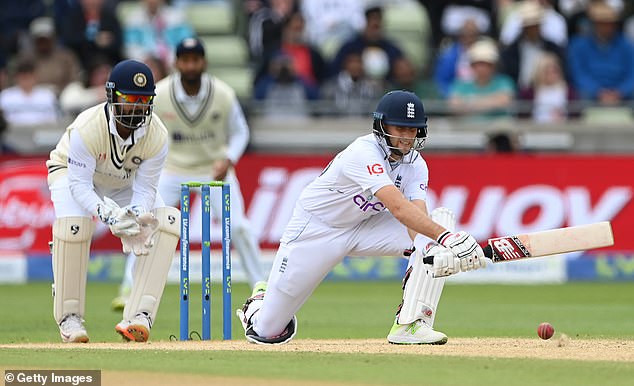 Root’s career haul is now 28 Test hundreds – more than any other active batsmen. Virat Kohli and Steve Smith are next on the list, with 27, followed by Kane Williamson and David Warner on 24. Eleven of them have come since the start of last year alone.

He is also becoming the master of run chases. Before this summer, his fourth-innings Test average was 32, with no hundreds. Now he can boast 115 not out at Lord’s, 87 not out at Headingley (both against New Zealand) and now 142 not out here. His fourth-innings average now reads 41.

Only Mark Butcher, with 173 not out against Australia at Headingley in 2001, has scored more in a successful fourth-innings chase for England than Root’s unbeaten 142.

Jonny Bairstow is the 12th England player to score two hundreds in a Test – and the first since Andrew Strauss against India at Chennai in 2008-09.

The only other England player to achieve the feat at Edgbaston is Marcus Trescothick, against West Indies in 2004. Apart from Bairstow and Strauss, only Graham Gooch has done it against India – at Lord’s in 1990. 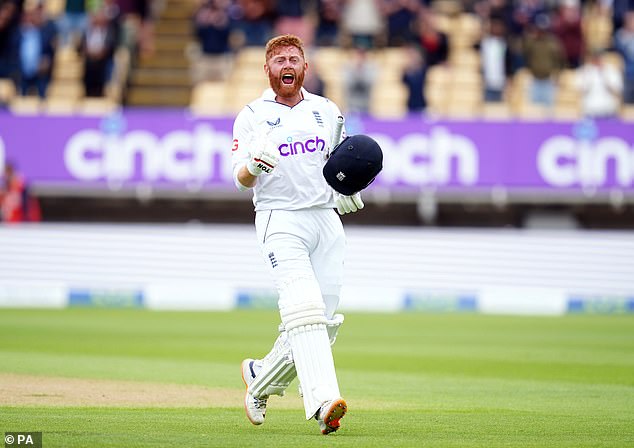 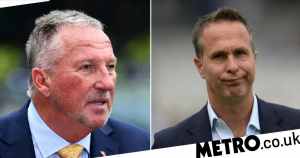 BUMBLE AT THE TEST: England have an attack for all seasons!