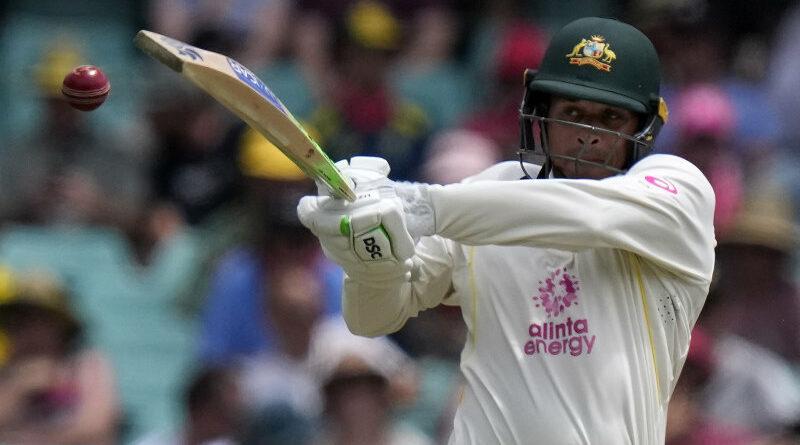 It is said that success in life’s pursuits can largely be influenced by timing. Being in the right place at the right time tends to be a heck of a lot healthier than the obverse – as thousands of housebound “close contacts” can attest.

Concise timing on a cover drive or a hook shot, a teasingly flighted leg-spinner, the perfectly pouched slip chance, a full-body slide towards a boundary or taking some of those extraordinary “hanging over the rope, knocking it back in and catching it again” catches require – above all else – immaculate timing.

One of the most unfortunate pieces of timing in Australian cricket may have been the confluence of Shane Warne and Stuart MacGill in the prime of their careers. MacGill came off second best during that era but still picked up more than 200 Test wickets.

Tim Paine’s demise as captain appeared prima facie to be ill-timed but that coin has had its face turned dramatically. Pat Cummins’ elevation was an eventuality, whether or not Paine was fit mentally or physically for the first Test. The time was ripe for a fast bowler to take the reins and Cummins timed it to a tee. The paceman then found out that, bizarrely, being inside a random restaurant at the same time as an acquaintance can cost you a Test cap, likewise with Travis Head’s companions. The Australian team shrugged imperceptibly and moved on from those timing missteps.

The “poison” of the Head and Cummins events has been adequately compensated by the “meat” of Michael Neser, Jhye Richardson, Scott Boland and Usman Khawaja. The latter group would suggest their own timing has been spot on. Australia have been forced to make changes because of the uncontrollables, and each iteration has worked out as well as could possibly be expected, maybe even better. Richardson and Neser did well, Boland was off the scale and Khawaja could scarcely have contributed more significantly. Josh Hazlewood’s lingering niggle saved the selectors from a dilemma after hanging on the horns, albeit a nice one. Tough choices on whom to omit furrow selectors brows but leave them sleeping soundly. In recent years, Australia have suffered from a dearth of Test talent, that wheel has turned.

England’s tough choices have centred around whom they can dredge up to fill a slot in a faltering team, having recognised that the original line-up was out of its depth. Talk of bringing players into the national XI from BBL teams was dismissed quickly, perhaps the notion commanded deeper consideration. For James Vince, Sam Billings, Alex Hales, Joe Clarke et al, the time to be in Australia is now, they could have been legitimately called up from the shortest game to the longest based solely on the form of England’s first three. They could hardly have done any worse if they had tried to smack Mitchell Starc’s first ball back over his head. 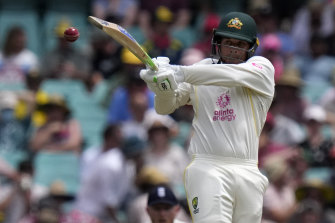 Usman Khawaja was brilliant on day two in Sydney, but it was only because of Travis Head’s positive COVID test that he got his chance.Credit:AP

The criticism of England’s selections began pre-tour and bubbled to a crescendo before a ball was bowled in Brisbane – “leave Broad and Anderson out … you must be frigging joking!“, “save ’em up for the second Test … repeat previous phrase”. Bad timing in excelsis. One down after one, non-competitive, confidence irreparably shattered. The moment to put your best XI on the field is every moment.

The success of the subsequent performance is another matter, it depends a lot on how well the opponent allows you to play, and Australia have been very good. Chris Silverwood, Ashley Giles and Joe Root have leant towards top-order batters with modest first-class records who carry defensive techniques that make Novak Djokovic’s visa application look rock solid.

Losers go in search of answers but, with each personnel change, England oozed knee-jerk desperation, relying on reserves with similar faults. The winners reckon they already have plenty of options, and so it was. Australia’s reserves have been forced upon them by injury and unusual events rather than poor form. The only potential problem they have is Cameron Green’s batting. Green’s bowling value reminds me of Steve Waugh early in his career. He may follow the Waugh trajectory, his bowling keeping him in the team until his batting finds a way to sustained brilliance. Green’s opportunity for longevity is high if Australia keep winning and his runs aren’t vital. His time will come if others perform. England’s changes seem panicked and, apart from the gutsy, aggressive hundred on Friday from interchange wicketkeeper Jonny Bairstow, led to even more uncertainty.

On a tour of Australia, a visiting team might get away with introducing one top-six batter of high potential and limited experience, and they might get better – if they aren’t marking guard at four-for-very-few every innings. You can’t buy experience, it takes time – hence the verb becomes the noun. England have ignored their elder players at great cost. Haseeb Hameed looks young and plays very young. Rarely have I seen a technique so etched in confusion. Surely the MCC coaching manual doesn’t suggest stepping back, lunging and then thrusting your hands gropingly forward? There is plenty of timing in that set-up, it just happens to be more akin to croquet than cricket.

The Australians have had the right people in the right place at the right time – serendipitous maybe, good planning perhaps, but magnificently effective. England have selected, coached and played in another time zone altogether.

Haynes’ maiden century a decade in the making