Tributes have come pouring for England cricket legend Bob Willis after it was confirmed he has died at the age of 70.

The pace bowler played 90 Tests for England and was a popular figure in broadcasting since his retirement from cricket in 1984.

Willis' most famous moment as a player came in the 1981 Ashes series as his eight for 43 fired England to a remarkable win in the third Test at Headingley.

He is England's fourth highest wicket-taker of all time with 325 wickets.

Willis' family said in a statement: "We are heartbroken to lose our beloved Bob, who was an incredible husband, father, brother and grandfather. He made a huge impact on everybody he knew and we will miss him terribly."

His former county Surrey paid tribute, saying: "All at Surrey County Cricket Club are devastated to learn of the passing of former Surrey and England bowler Bob Willis.

"Our thoughts are with his family and friends at this time."

While Surrey Cricket said: "All at Surrey County Cricket Club are devastated to learn of the passing of former Surrey and England bowler Bob Willis. Our thoughts are with his family and friends at this time."

Yorkshire CCC tweeted: "Yorkshire Cricket are devastated to hear of the passing of Bob Willis. One of the Headingley heroes from the 1981 Ashes triumph."

And Lord's Cricket Ground wrote: "We're very sad to hear of the passing of MCC Honorary Life Member, Bob Willis. A Lord's legend & former England captain whose name is on the Honours Boards three times. Our thoughts are with his friends and family."

A whole host of other cricketers also sent their regards.

James Taylor wrote: "Awful to hear the passing of Bob Willis. I was lucky to work along side him not long ago with Sky Cricket! Brilliant cricketer, very knowledgeable and a lovely guy."

Michael Carberry said: "Very sad to hear the passing of Bob Willis. Had the pleasure of working with him on Sky Cricket. Great man and knowledge of the game as well as a great bowler." 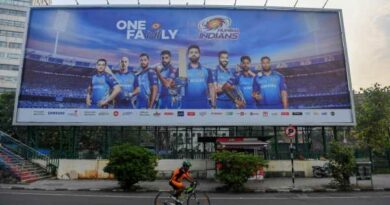