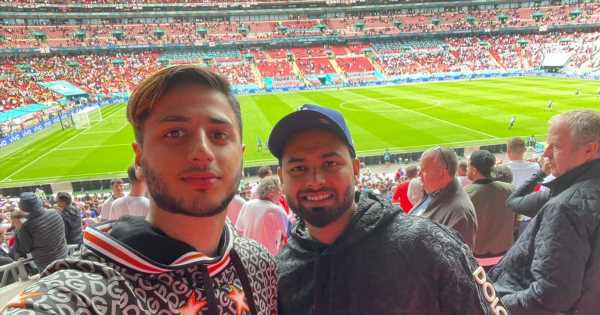 India have suffered a Covid scare ahead of their upcoming test match series against England, after wicketkeeper-batsman Rishabh Pant tested positive for the virus.

Former England captain Michael Vaughan has said he now 'fears' for the series, as well as the upcoming Hundred tournament and Ashes tour.

Vaughan believes that "isolation laws" need to change as "we are bound to have [more] cases".

Taking to Twitter, he wrote: "I fear for the 100 & the Indian Test series unless the isolation laws change .. we are bound to have cases as is the case with @RishabhPant17 .. plus further down the line I fear the Ashes could be hugely affected with players pulling out unless bubbles/quarantine rules change !"

India have been in the country for over a month, having contested the World Test Championship final against New Zealand at the Rose Bowl in June.

Following the conclusion of that game, which New Zealand won by eight wickets, the squad was given a three-week break ahead of their test series against England.

The first game of that series is due to start on August 4 at Trent Bridge.

India are set to travel to Durham today to re-enter a bio-bubble ahead of the series, with a practice match currently scheduled for July 20.

Rajiv Shukla, the current vice-president of the Board of Control for Cricket in India (BCCI), confirmed reports of a positive test within the Indian camp to PTI.

It has been widely reported that Pant is the player in question and that he is currently in self-isolation and will not be travelling to Durham.

Pant is thought to have contracted the Delta variant of the virus and he recently attended England's Euro 2020 win over Germany, posting pictures on social media.

The BCCI's secretary Jay Shah has sent an email to the Indian players warning them about the rise in cases in the United Kingdom and telling them to avoid "places of mass congregation".

The news comes after England were forced to pick an entirely new squad for their recent One-Day International series win over Pakistan, after a major outbreak within the camp.

Domestic cricket in England has also been majorly affected by the virus in recent weeks, with Derbyshire's County Championship clash with Essex abandoned earlier this week.

A Derbyshire player tested positive for the virus and other members of the squad were deemed close contacts and forced into isolation, meaning they did not have enough available players to finish the match.

Derbyshire's remaining T20 Blast games have also been called off as a result, while other County sides have been forced to play weakened sides because of Covid protocols.

With Counties now set to lose a number of players for the Hundred, there have been suggestions that the One-Day Cup could be called off.

The tournament will run concurrently to the Hundred and some teams will struggle to field an XI, given the amount of players who will be absent.

Kraigg Brathwaite to captain Windies in third Test with England

Time for Babar to show what the fuss is about

New Lord’s groundsman promises not to be influenced by administrators