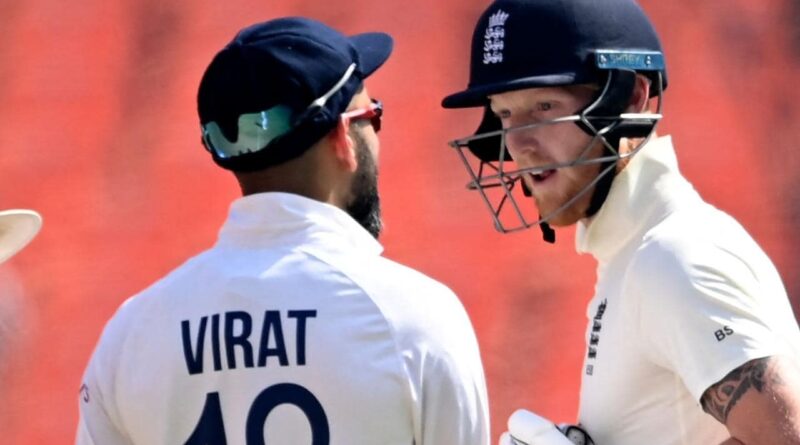 It’s taken just 13 overs of day one for the action to get heated in the fourth Test between India and England.

India have taken a 2-1 lead into the game and need only a draw to move into the World Test Championship while England need a win to draw the series and send Australia into the final.

That is unless South Africa have their way, which is another story entirely.

But with so much on the line, the tempers have frayed almost immediately with Ben Stokes and Virat Kohli having words early in the day.

It came after Stokes came to the crease when Joe Root was dismissed by Mohammed Siraj for 5 with the pair sharing words.

Kohli wasn’t about to stand on the sidelines however stepping in as the discussion appeared to heat up in the middle.

“A little conflab in the middle between Ben Stokes and Virat Kohli, not sure what it’s about, it seems very friendly,” England great Graeme Swann said before the pair got up in each others faces.

“Maybe it’s not quite so friendly. The umpire’s stepping in. I want a clean fight lads, nothing below the belt, when the bell goes you go back to your corners.

Yeah, looks like the ump is really stamping his authority.Source:AFP

“It’s not really up to the fielders to butt into the batsmen’s conversations when they’re out in the middle.

“It all seemed a bit childish to me.”

But Sunil Gavaskar believed that it was a ploy to get under the skin of Stokes and get him out cheaply.

“That works in the fielding side’s favour because the batsman’s concentration is gone,” he said. “At this particular point in time, nothing will happen to Virat Kohli for the simple reason he’s fielding.

“But as a batsman, if you’ve lost concentration, it sort of lingers in your mind as you’re facing up to the next ball and you’re not fully concentrating, not fully focused on the ball.”

Boys fired up!
Stokes and Kohli need to be separated by the umpires amid another England collapse in Ahmedabad. pic.twitter.com/nLg6DZnHM4

However, it appears to have backfired with England surviving the next 12 overs without losing a wicket with Jonny Bairstow on 28 and Stokes on 24 at lunch as England moved to 3/74 off 25 overs.

Kohli looked to have an equally friendly chat with Mohammed Siraj.Source:AFP

Fans were fearful Kohli may have unleashed the beast with Stokes one of the more destructive batsmen on his day, as Australia found out in the last Ashes series.

Ben Stokes has had a quiet series so far.
Virat Kohli trying his best to wake him up and change that.

A bit of a needle in the middle. Kohli and Stokes having a long ‘conversation’. Looks like Stokes said something Siraj and the Indian skipper stepped in. Umpire Menon had to break them up.

Stokes and Kohli are having some handbags at six paces!
LIVE: #INDvENG
COMMS: https://t.co/05Q7buOQd2pic.twitter.com/IS3Ag8i7Ql

Kohli himself has a relatively short fuse and even the birth of his first child hasn’t seemed to chill him out at all.

The Indian skipper blew up at the umpire over a DRS review drama in the second Test match while he criticised those slamming the pitches after the past two Tests were low scoring, spin dominated matches, with the third Test lasting just two days. 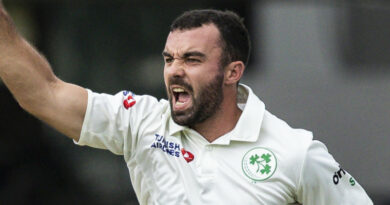 Jofra Archer: No time or place for it – England bowler on racism