Weeks after finishing the Sheffield Shield season as the competition's leading wicket-taker, Queensland paceman Cameron Gannon has agreed to move to Western Australia.

Industry sources have confirmed that Gannon, 31, is set to cross the Nullarbor on a three-year deal, although no agreement can yet be signed due to delays in Cricket Australia's contracting processes, which mean the domestic contract embargo period is ongoing. 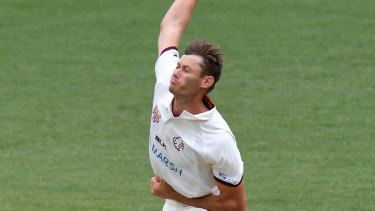 The journeyman quick enjoyed the standout campaign of his career over the 2019-20 season, taking 38 wickets at 20.92 in eight matches for the Bulls, including the prized scalp of Steve Smith for a duck on the opening day of the season at the Gabba. Gannon was named in the Australian Cricketers' Association's Sheffield Shield All-Star XI for the summer.

The long-term security offered by the WACA deal helped secure Gannon, who had been in and out of Queensland's side for the best part of a decade.

Gannon's rollercoaster career has included a ban for chucking and a stint playing for the United States national side.

It looms as a busy off-season of domestic player movement with Adam Zampa set to join Victoria from South Australia and Victorian mainstay Chris Tremain entertaining interest from NSW.

Victorian veteran Peter Siddle has also attracted interest from WA and Tasmania, while SA's Nick Winter has been another targeted by Tassie.

Fringe NSW player Ryan Gibson has been linked with a move to SA, however former Test batsman Hilton Cartwright is poised to stay in WA despite interest from the Redbacks. 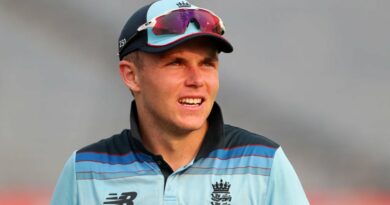 The making of Sam Curran, a quick learner who is wasted down England’s batting order

‘It’s everything we’ve ever wanted’: WBBL moves to standalone league