Home » Сricket » ‘Way too much talk about the coach’: Waugh says no reason Langer can’t continue beyond Ashes

Former Test captain Steve Waugh believes there has been too much scrutiny on Justin Langer’s position and feels the Australian head coach will want to continue in the role beyond the Ashes.

Langer’s coaching methods have been under the microscope in recent months, prompting an intervention by Cricket Australia and senior figures in the team after poor performances from the national side.

But Australia’s T20 World Cup victory, sealed by a crushing eight-wicket defeat of New Zealand in the final, has eased pressure on Langer and the narrative around his position heading into the first Ashes Test starting in Brisbane on December 8.

On Tuesday, Michael Clarke said he thought Langer would stand aside after the Ashes, provided Australia retained the urn against England.

Waugh, who worked with Langer in the Australian set-up during 2019 and played for many years alongside him, says the former Australian opener has given no indications he wouldn’t aspire to continue beyond next year’s tour of Pakistan, when his contract ends.

“I talk to him regularly and he’s never spoken to me about stepping down or backing away from a challenge,” said Waugh, while promoting a photography exhibition at Sydney’s Hyatt Regency from his best-selling book The Spirit of Cricket – India. 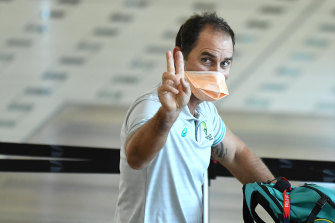 Justin Langer at Brisbane Airport on Tuesday after arriving back from the T20 World Cup.Credit:Getty

“His whole career he was up against [it], he was always the player on the edge, the next one to be dropped. He’s used to being on edge and performing. I think in a lot of ways it motivates him and we’ve seen when you think he’s down, he comes back and succeeds.

“Looking forward to the Ashes, that’s one of the highlights as a captain and a coach. To win a series in Australia, he’d be focusing on that. I haven’t heard him talk about not continuing on. He loves a challenge.”

Waugh is a big believer that players need to be the ones responsible for wins and losses, not the coach. For all the debate around Langer’s methods and reports of disgruntled players, the man with the equal most Test appearances for Australia says those who take the field should bear the brunt of criticism.

“I’d like to think the players take responsibility for winning and losing, not the coach,” Waugh said. 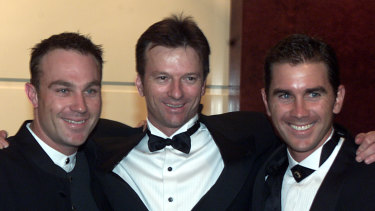 “When I played cricket, sure, you had the coach, but I know as a player you had to take responsibility for winning or losing. You’re the one out there for six hours a day playing a Test match, not the coach.

“I think there has been far too much emphasis on Justin Langer’s performance rather than the players. Realistically [against] India last year they should have won that series comfortably.

“India were missing all their stars. We bowled them out for 36 in Adelaide and to lose from there … I don’t think you can point the finger at the coach and say it’s the coach’s fault. It’s great Justin’s won [a T20 World Cup], that can only be a positive. I think there’s been way too much talk about the coach.”

Cricket Australia won’t make a call on Langer’s future until after the Ashes. If CA decides to go in a different direction, Waugh believes Langer will understand. 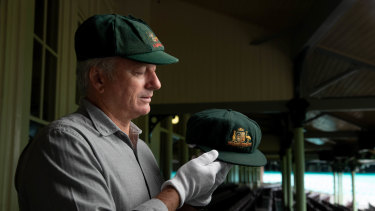 “He would see it as no different to the players. The players get renegotiated pretty much every year,” Waugh said.

“He’s man enough to realise if you don’t perform, you don’t get picked as a player.

“It’s exactly the same thing [as a coach]. He knows there’s no free rides. What he and Tim Paine and Aaron Finch have done since Cape Town has been a pretty amazing transformation.

“Whilst they haven’t won everything in the past 12 to 18 months, they’ve progressed in a lot of other ways.” 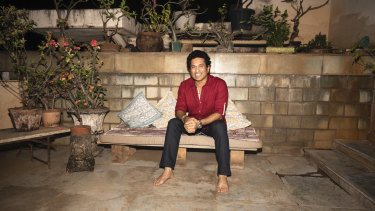 A portrait of Sachin Tendulkar taken by Steve Waugh for his upcoming art exhibition.

Reluctant to make any bold Ashes predictions – in terms of a scoreline or who will come out victorious – Waugh said the Gabba might not be the fortress it once was after Australia suffered their first Test loss in 32 years there against India last summer.

“Having lost there last [summer] for the first time in a long time, it’s lost that aura about it and you can no longer say [Australia has been] unbeaten for so long,” Waugh said.

“The first Test is a bit of an unknown. I don’t know who is going to play well or who is the favourite. Both sides will think they can win.”

The baggy greens (in above photo) are part of an exhibition of Steve Waugh’s cricketing photography from his book The Spirit of Cricket – India at the Hyatt Regency from November 17. Entry is free but a contribution to the Steve Waugh Foundation can be made. More details at stevewaugh.com.au 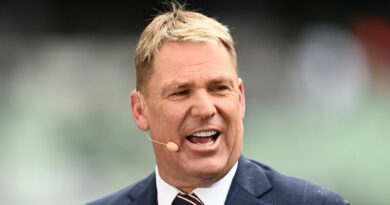 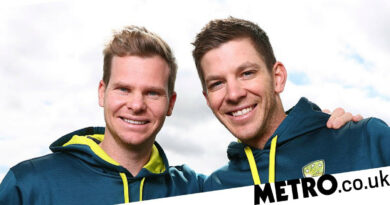 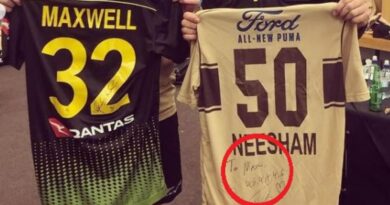