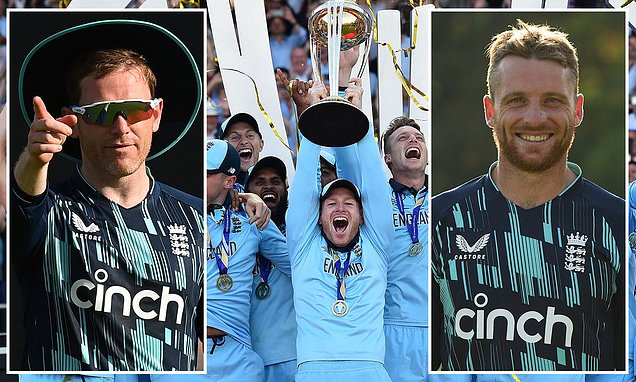 Eoin Morgan’s England era is over after the World Cup-winning captain announced his retirement from international cricket on Tuesday.

The veteran white-ball skipper led England to victory at the 2019 World Cup with a hugely dramatic triumph in the final against New Zealand at Lord’s, and guided the country to No 1 in the one-day and T20 world rankings.

But with the T20 World Cup coming up this autumn, Morgan – who turns 36 in September – has decided to step down to allow his replacement Jos Buttler some time to bed in before the tournament, which starts in October in Australia.

Morgan, whose total of 225 ODIs and 115 T20s is also an England record. said it ‘hasn’t been an easy decision’ but ‘I believe now is the right time to do so’.

The Dublin-born star oversaw a hugely transformative seven-year period in limited-overs cricket, taking over in 2015 and implementing an attacking approach which ultimately took them to glory and has now been replicated across the world.

It is understood he will carry on playing some domestic cricket, and continue to lead London Spirit in the Hundred. But any role as a dressing-room mentor for England’s white-ball teams is likely to be delayed: Australian Matthew Mott has recently taken over as coach, and Morgan does not want to ‘cramp his style’. 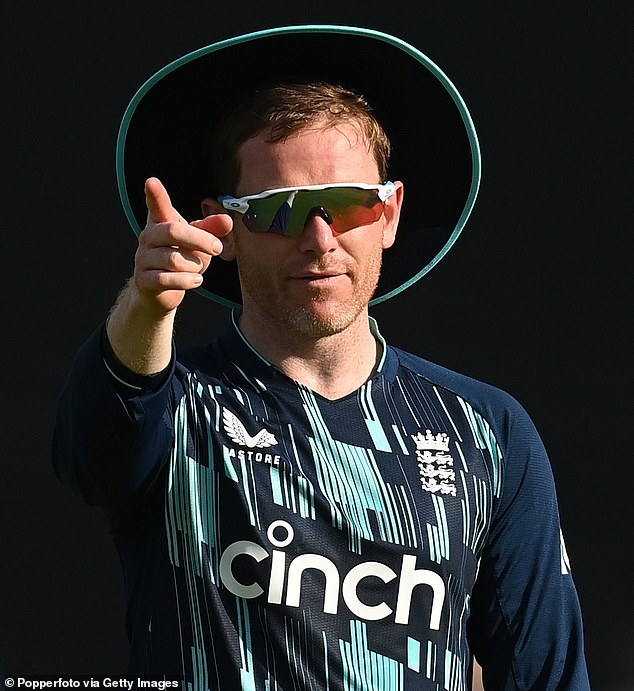 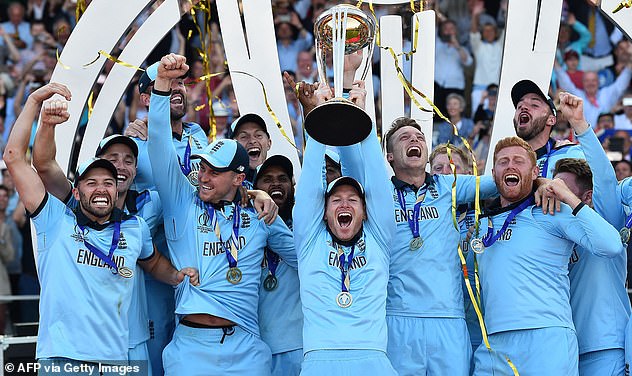 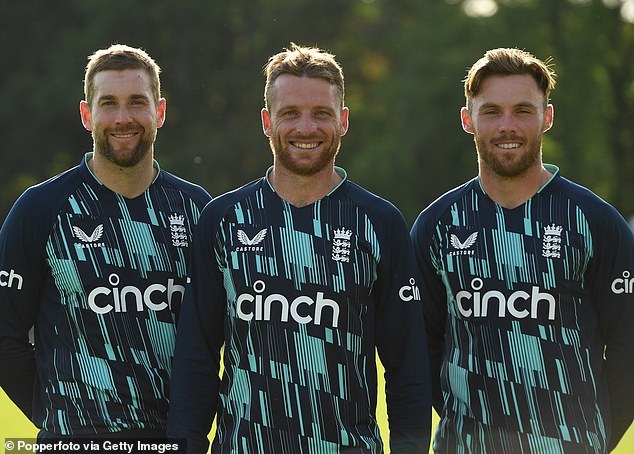 He said: ‘To call time on what has been without doubt the most enjoyable and rewarding chapter of my career hasn’t been an easy decision, but I believe now is the right time to do so, both for me, personally, and for both England white-ball sides I have led to this point.

‘I am hugely proud of what I have achieved as a player and captain, but the things I will cherish and remember the most are the memories I made with some of the greatest people I know along the way.

‘I have been lucky enough to play in two World Cup winning teams, but I believe the future for England’s white-ball teams is brighter than ever. We have more experience, more strength and more depth than ever before. I look forward to watching on with a huge level of excitement.’

England men’s cricket managing director Rob Key added: ‘I’d like to thank Eoin Morgan for his outstanding contribution to the game. It will be wrong to think Eoin’s legacy was just winning the World Cup in 2019 – it is far greater than that.

A hugely positive, improvisational and inventive batter, Morgan’s recent form has not been up to his usual high standards. Since the end of August 2020, he has made just one half-century in 26 innings for England across the 50-over and T20 formats.

Since the 2019 World Cup success, he has scored a solitary hundred, against his native Ireland at Southampton’s Ageas Bowl.

Morgan made ducks in each of the first two matches in the June ODI series against Holland before missing the third match with injury, leading to speculation it was time for him to step down. 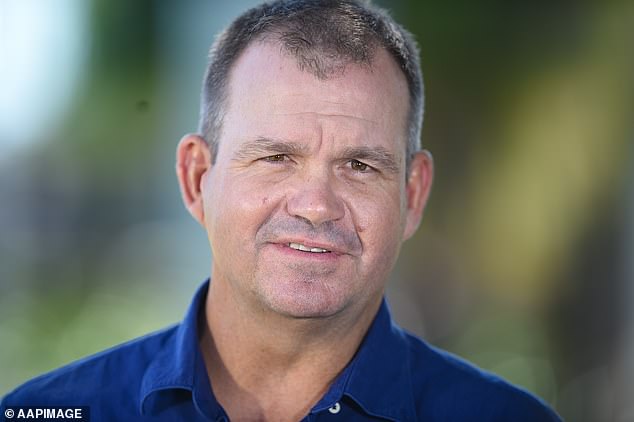 Australian Matthew Mott (pictured), installed as England’s new white-ball coach back in May, had backed Morgan to rediscover his form ahead of the Twenty20 World Cup this autumn 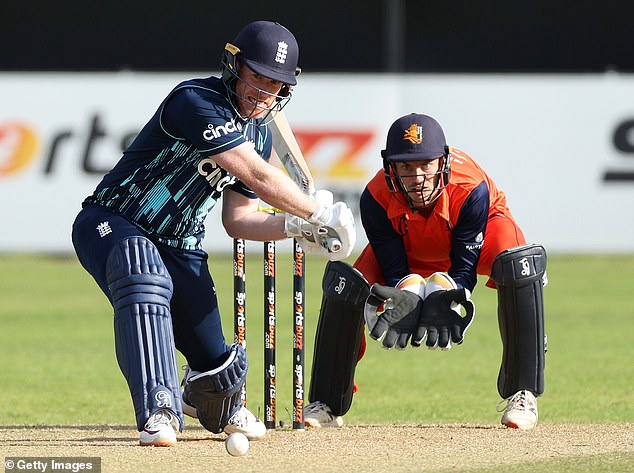 Morgan made ducks in each of the first two matches vs Holland, before missing the third ODI 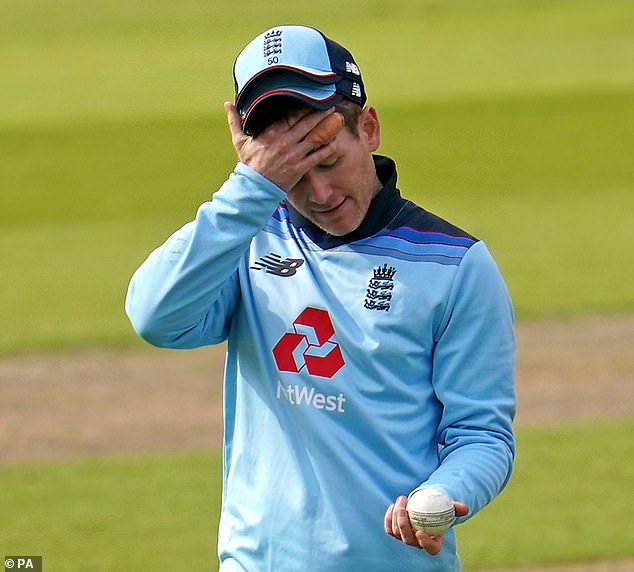 And with his individual form in question, the 35-year-old has made the decision to step down

Mott had said: ‘He’d love more runs – most batters do. He’s been a class player for over 200 games, and I don’t think that’s going to change. Having sat out the third game, I’m sure that will light the fire a little bit for him for the huge summer ahead.

‘What I have worked out is that Eoin is an inspirational leader, and we’ve already developed a great rapport. With Jos stepping in as captain and seamlessly transitioning, the team is functioning very well.’

Morgan began his international career with his native Ireland in 2006 but switched his allegiance to England in 2009, citing a lifelong desire to play Test cricket.

The left-hander went on to play 16 Tests, scoring two centuries, but did not cement a place in the five-day side and went on to be seen as a limited-overs specialist.

As a sparkling stroke-maker he was ahead of his time and was catapulted into the captaincy when Sir Alastair Cook was sacked on the eve of the 2015 World Cup.

The tournament was a debacle, with England knocked out in the group stages, but Morgan was identified by then director of cricket Sir Andrew Strauss as the man to reboot an ailing team

The project culminated in dramatic fashion at the home of cricket in 2019, with Ben Stokes’ heroics and a tied super over against New Zealand in the World Cup final, as England triumphed on boundary countback.

The success cemented Morgan’s place among the pantheon of English sport’s greatest leaders but he also leaves a considerable legacy as a player. He retires as the country’s record one-day and T20 run-scorer, posting 6,957 and 2,458 in the respective formats. 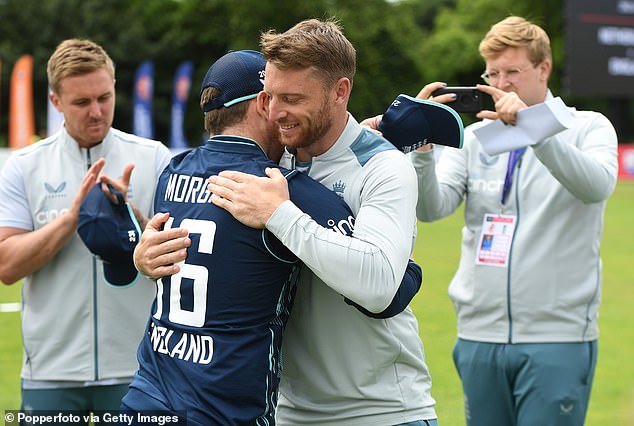 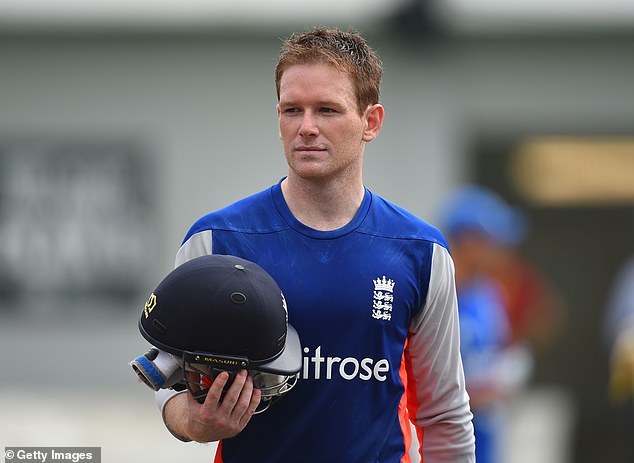 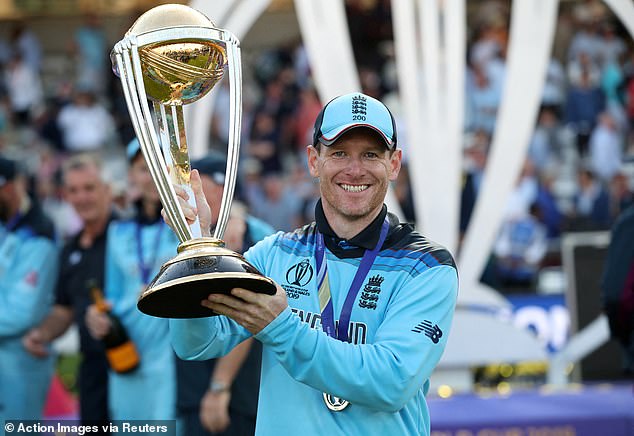 Moeen Ali, a key player throughout the Morgan era, said: ‘He’s done a remarkable job. It is a shame. It is strange to comprehend the side without him. Things move on and you have to get used to it, but it is sad.

‘I’m not surprised at the same time because he is a very selfless person and probably is thinking about the team more than anything. We’ve been so strong… and he probably feels his time is done and he’s given enough time for Jos to embed his way.’

Sportsmail columnist Nasser Hussain added: ‘Eoin Morgan was more than simply the most successful white-ball captain England have ever had. He was a man who changed our cricketing culture and mentality — and, with them, our results.

‘His effect was not just limited to the 15 cricketers in his squads, but to the whole country. Batters especially saw the way he wanted England to play, and they wanted to be part of it.

‘One of his great strengths was that he never doubted himself. (Even after failing) Morgan was adamant that he wanted his guys to go out and bat the same way in the next game. The message that sent not just to his dressing room but to the England players in county cricket was crucial: Keep going. Don’t doubt yourself.

‘It was infectious… As an on-field captain, he was cool, calm and calculated. He was icy-cold. Like all the best leaders, he had a presence.’ 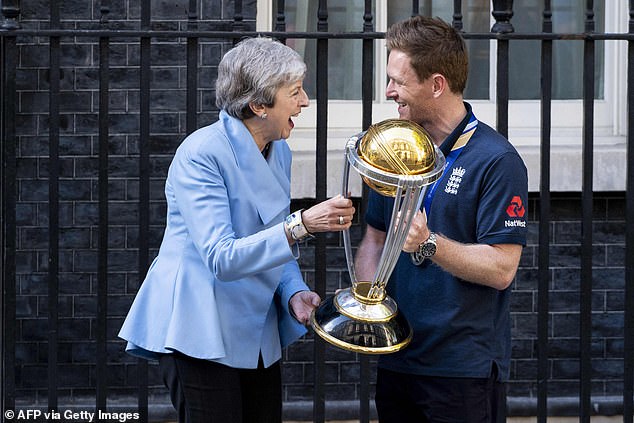 1 – global 50-over tournament won by England, the 2019 World Cup under Morgan’s captaincy. He also played in the triumphant World T20 campaign in 2010.

248 – one-day international appearances, the first 23 for Ireland and the remainder for England.

115 – Twenty20 internationals, all after switching allegiance.

17 – sixes in that innings, a world record across all international formats.

115 – highest ODI score for Ireland, his only century in green.

99 – score on his international debut, Ireland’s August 2006 ODI against Scotland in Ayr.

120 – sixes in the format – ranking behind only Martin Guptill, with a record 165, Rohit Sharma and Chris Gayle.

183 – runs for Morgan as England won the World T20 in 2010, with a top score of 55 against the West Indies. He ranked third among England batters and seventh in the tournament.

15 – Morgan is one of 15 men to play one-day international cricket for two countries, and 36 across all formats. Ed Joyce and Boyd Rankin also achieved that for Ireland and England

Sixers youngsters out to catch eye of Australian selectors

South Africa vs England LIVE: Follow the opening day of the first Test