Yorkshire secured a dramatic final-day victory over Sussex to remain firmly in the hunt to win the LV= Insurance County Championship this season.

Dom Bess and David Willey inspired a fourth win of the season for the White Roses with seven wickets at Emerald Headingley despite the visitors taking the game into the final hour.

A draw looked likely at tea after opener Ali Orr ground out 67 on debut and was backed up by Aaron Thomason’s 52 but Bess claimed four scalps to keep Yorkshire in with a fighting chance before a thrilling finale occurred.

It means Yorkshire are second in Group Three with one match to go to keep them in with a shout of a top-two finish.

Elsewhere in the division, Northamptonshire were able to bat out for a draw at Kent despite the best efforts of the hosts to force a result.

Declaring overnight on their total of 335 for five at Canterbury, Daniel Bell-Drummond’s side were still 62 runs behind and although they took eight wickets on the last day, it ended all square.

Veteran Darren Stevens claimed two early scalps to raise hopes of a Kent win before Nathan Gilchrist grabbed a three-for but Adam Rossington played a captain’s innings for Northamptonshire with 59 not out to ensure the away side reached 184 for eight before hands were shaken on a draw.

It was a similar story in Taunton where Somerset had to settle for 15 points after a mixture of the rain and dogged Hampshire batting ensured another stalemate.

At the start of the day George Bartlett completed his century and Tom Banton hit a breezy 51 not out for the home side to set an unlikely 459 for victory from 75 overs.

Lewis Gregory picked up two early wickets for Somerset, but proceedings were brought to an end with Hampshire on 88 for two. It was still enough to send Somerset to the Group Two summit with a 10-point lead established.

Essex, who beat Somerset to win the Bob Willis Trophy last September, could miss out on the chance to defend their title – and their County Championship crown from 2019 – after they were unable to earn victory at home to Nottinghamshire.

After adding 30 runs to their overnight total before they were dismissed for 210, it was the visitors who batted out more than 27 overs before a draw was agreed midway through the day after bad light had forced the players off. 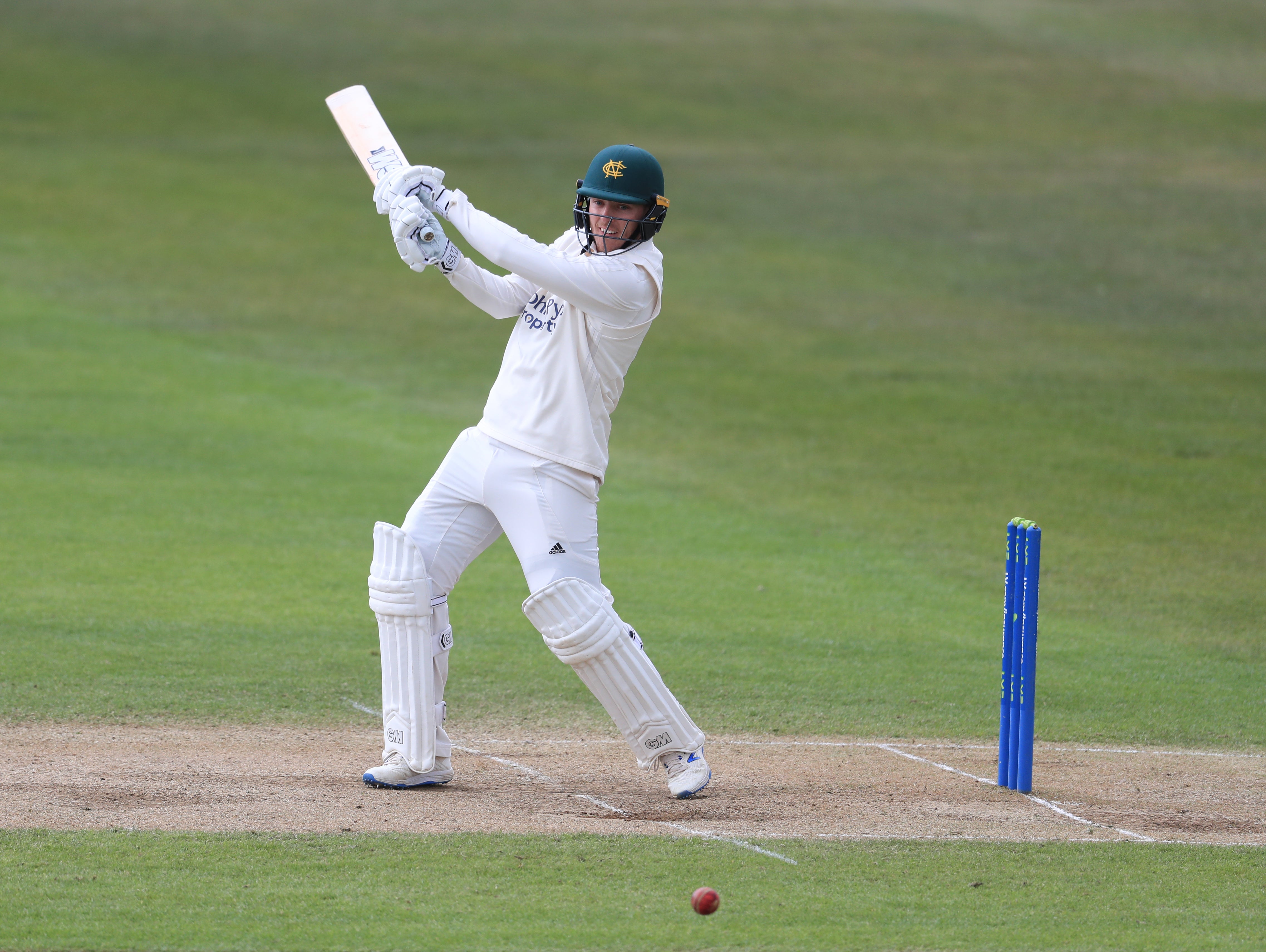 Ben Slater faced 87 balls for his 19 not out and the result leaves Essex needing results elsewhere to go for them in the final round of fixtures in Group One to ensure they claim a top-two finish which will send them through.

Warwickshire, Durham, Leicestershire and Glamorgan claimed wins with a day to spare on Saturday.