“I might actually get a calendar just to cross them down to feel like the days are going faster.”

It’s important to say right here that Jofra Archer is having a pretty incredible time at the Indian Premier League. His third season with the Rajasthan Royals is on course to be his best in any Twenty20 season.

He has 17 wickets with two regular-season games to go ahead of the play-offs, on course to better his tally of 22 achieved with Sussex in the 2018 T20 Blast. Eight of them have come in the first six overs – the most during that period in a domestic campaign – embracing a role as leader of the attack by, primarily, bowling rockets. The pitches of the United Arab Emirates, especially Sharjah, are no place for knuckleballs.

There have been runs, too. Efficient and blitzy runs: a tally of 107 from just 54 balls faced across the competition. Of those, 80 have come through 14 boundaries, 10 of them sixes. He is, without question, the Royals’ most valuable player.

But as time in the IPL’s bubble of hotel/ground/hotel passes seven weeks for Archer, the longing for normality grows ever stronger. Such is the way of the world right now, and thusly in cricket, the end of one bubble means preparing for the start of another.

The IPL final is scheduled for 10 November, with England due to leave the United Kingdom for their limited-overs tour of South Africa on either the 15th or 16th. Archer. Along with fellow English franchise teammates Ben Stokes, Jos Buttler and Tom Curran who are part of the Royals squad, Archer will have little “real world” time before returning to the strict confines of bio-security, regardless of whether they make the post-season.

“It’s a little better than being trapped at the cricket ground,” Archer says of the situation in the UAE after a summer spent onsite at either The Ageas Bowl (Southampton) or Emirates Old Trafford (Manchester). The hotels are grander, with greater room to roam, more activities and even a beach close by to whittle an hour or more away in the sun.

But the IPL brings with it other unique responsibilities. “If it’s not the media, it’s meet-and-greets and whatever.” He even cites this particular media engagement: “Even doing this now, you still can’t escape.” He then cycles through the dates of the playoffs: “It’s okay and it will be over soon anyway. You’re just counting days down till you’re free again.”

It is not lost on Archer that he is one of the lucky ones. A cricketer – more specifically, an English cricketer – who is not only earning and earning well, but playing. There are thousands of professionals across the world who will take the latter just to feel purpose again.

Indeed, if anyone knows about the challenges of quarantine and isolation, it is Archer. He spent more time in a bubble during the English summer than any other player. Along with his 87 days were only four of rest outside between the two Test series, against West Indies and Pakistan, then a further five days during the Pakistan T20 series. The toughest period was the second Test of the summer in which he was stood down but could not leave after visiting his flat in Hove while travelling from Southampton to Manchester.

Four months later, he is wary of much beyond his own well-being, such as the wider implications of a period where cricket will be played in relentless, concentrated pockets around the world primarily to the tune of broadcasters who want their allocated pound of flesh. Therefore, it would be no surprise to Archer if cricketers are forced to make a choice on where their futures lie, both internationally and when it comes to the formats they play. It is a dilemma fellow English quick Mark Wood has also articulated this week.

“I think you’d have to play one or two formats, maybe. If you’re going to play in all three formats, you can’t play all the games.

“It just goes down to man-management. You can definitely play all three but they can’t expect you to play every single game of all three. It’s not impossible but I think you probably play two series in a year if you do and might be injured halfway through.”

There is a pause as the idea of a multi-format bowler’s ask in this new world – back-to-back Tests in multiple three- or five-match series, limited-overs obligations and, in 2021, a T20 World Cup and – dawns on him.

“God… thinking about it that is a lot of overs actually! I don’t think it’s impossible but you need to be managed properly, and I think everyone at England has done a great job.”

Having been through different situations in different regions, Archer does have solutions. “Quarantine should be taken into consideration,” he says. “Having family and close friends in the bubble with you as well, that’s probably what I would suggest if someone asked me what I would like.  I reckon about four days, five days in, you start to get a little bit of cabin fever. You need your family to take some of that pressure off you.”

Even these are not really remedies, merely ways the burden of sacrifice and solitude can be shouldered by others willing to carry it for you. Archer has had his parents over with him, while Buttler and Eoin Morgan, captaining Kolkata Knight Riders, were able to fashion quarantine into overdue, quality time with their partners.

But as these scenarios become more pronounced, perhaps naturally, camaraderie evolves. While Stokes was isolating in a New Zealand hotel after missing the end of the English summer to visit his father in Christchurch who had fallen seriously ill, Archer made sure to play Call of Duty with him when the timezones synced up. England players did similar with Archer in Manchester when he breached protocol and had to stay in his hotel room for five days. This was paying it forward.

When the allrounder arrived in the UAE and had another period of quarantine to serve, Archer and some Royals teammates went to Stokes’ room to keep him company. They chatted and drank from a safe distance – “behind the Covid line”, as Archer puts it – not least because he and they know he would do the same for them. “He’s a great guy to have around, I don’t just think that, I think everyone else here does. It’s no coincidence that everyone’s spirits and the performances have gone up since he’s been here.”

What is most worrying, though, is that playing the game is evidently losing its nourishing qualities. A number of county cricketers over the summer admitted to these feelings of loss: not just drive but love at the prospect of continuing on without supporters at grounds, along with the constant anxieties of health and livelihoods that afflict us all during this pandemic.

Indeed, when asked what saps his enthusiasm most, Archer is unequivocal: “No crowds does. The bubble doesn’t.” The excitement, even of the IPL, he admits, is draining both through the grass and out of the ether. “It’s literally bowling in the nets again because no one’s watching other than the people on TV!”

But for all the challenges, Archer remains as phlegmatic as ever. “I guess it’s the best of a bad situation,” he says with a shrug. “So no complaints.”

It is worth remembering “the best” of a bad situation is still a bad situation. And however cricket might continue, in South Africa, Australia, New Zealand and across the world for the foreseeable future, that will only get worse. 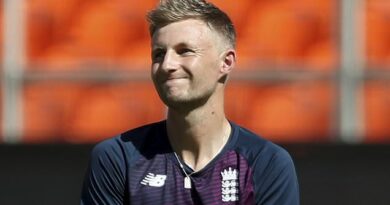 Root wants 'best players available' for his Test side this summer