A world-record 17 sixes, 148 runs off just 71 balls, a 57-ball century… and all with a bad back! England captain Eoin Morgan’s remarkable innings to help hosts to 397-6 against Afghanistan

England captain Eoin Morgan has broken the world record for sixes in a one-day international innings, hitting 17 in the World Cup match with Afghanistan at Old Trafford.

Morgan equalled the ODI record for sixes in an innings when he went to 16 with back-to-back blows off Gulbadin, taking him level with Rohit Sharma, Ab de Villiers and Chris Gayle.

Gulbadin dismissed Root two balls later to interrupt the charge but Morgan made the record his own when he pumped his fellow skipper straight down the ground. 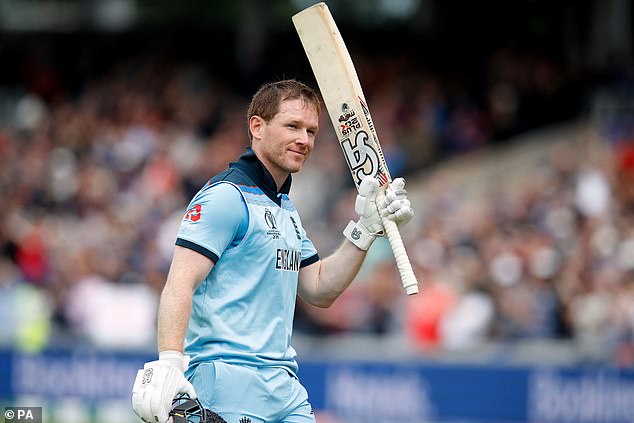 The ball thumped against the advertising pads on the boundary and was soon signalled after assessing the replay.

He was out to the very next ball, going down the ground again but this time falling short, with Rahmat Shah hanging on.

As Jos Buttler walked to the crease England were 359 for four. 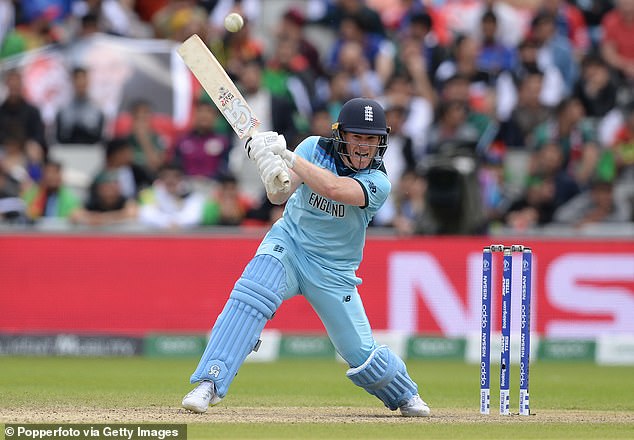 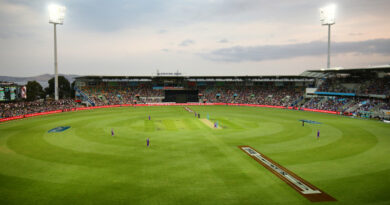